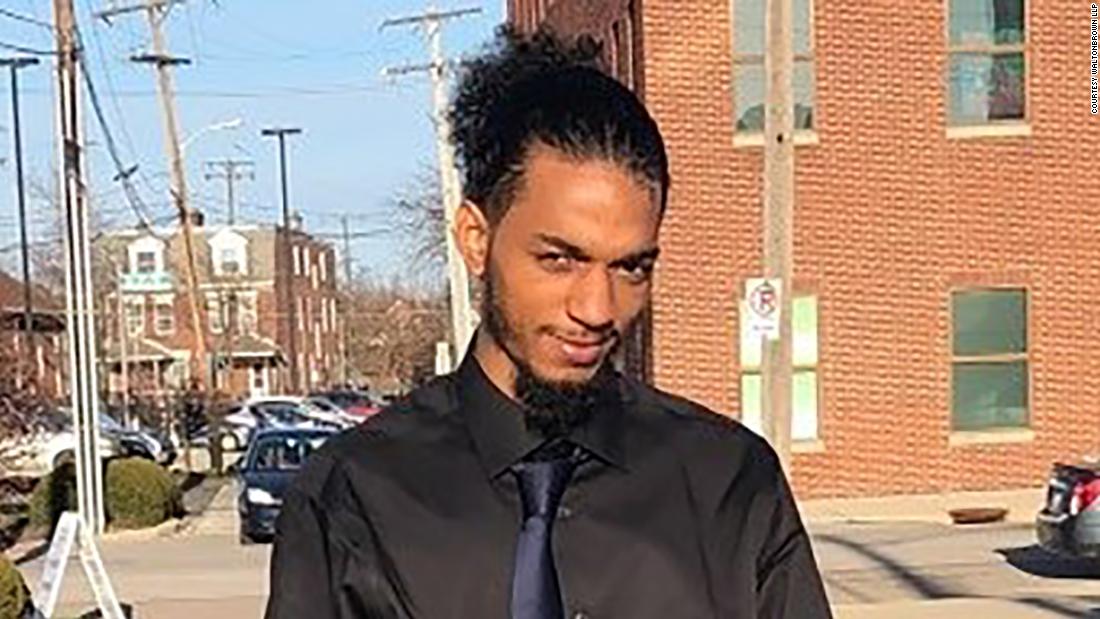 While it remains under investigation, his death has prompted calls for police accountability in a city that has felt the weight of racial inequalities for generations.
“They’re given a badge to serve, to protect us, but because of the color of Black men’s skin, they are not protected. They become targets,” Goodson’s mother, Tamala Payne, told CNN’s Don Lemon on Tuesday.
Goodson, 23, was shot Friday by a 17-year veteran of the Franklin County Sheriff’s Office, identified as deputy Jason Meade.
Authorities are investigating. There was no body camera footage, and Goodson was not being sought at the time. Sharon Payne, Goodson’s grandmother, told a 911 dispatcher that she found her grandson lying in a doorway after hearing gunfire and she does not know who shot him, according to a recording obtained by CNN from the Columbus Division of Police.
Family attorney Sean Walton told CNN that Goodson was not alleged to have committed any crimes, had no criminal background, and was not the target of any investigation. A review of court records did not show more than minor, traffic-related offenses.
City leaders and residents believe Goodson’s death highlights systemic racism in law enforcement in Columbus and other communities.
“Casey’s case is just another reminder that the work continues and that racism is everywhere and we have to do the hard work as a nation to root it out,” Columbus City Council President Shannon Hardin said. “Racism is a part of this country, part of our cities and a part of just who we are. And we can’t allow the challenges and how ubiquitous it is to overwhelm us in terms of where we go from here.”
Black people living in Ohio’s capital are still feeling the impacts of the decades-long redlining — the refusal by banks to lend mortgage loans to poor and minority communities — and their relationship with law enforcement has long been strained.
Those disparities became even more central this year as the Covid-19 pandemic began and protests against racism and police violence erupted after the killings of George Floyd and Breonna Taylor.
The Columbus City Council and Franklin County passed resolutions declaring racism a public health crisis. In the resolutions, officials acknowledged the disparities people of color face in health, poverty, economic mobility, education, crime, and food access, and promised to address them.
But activists say the resolutions did little to relieve racial tension.
Hana Abdur-Rahim, an activist and co-founder of the Black Abolitionist Collective of Ohio, said city officials wanted to “pacify” the Black community after widespread Black Lives Matter protests.
“Columbus, Ohio, is not a safe place for Black citizens because we are continuously being targeted (by the police),” Abdur-Rahim said. She also added that city officials should consider abolishing the existing police department and find alternatives for patrolling the community.
Protesters and police clashed in Columbus during demonstrations this summer, with police firing rubber bullets and pepper spray. Some protesters were injured and arrested.
Democratic Rep. Joyce Beatty, a Black congresswoman from Ohio, and Hardin were briefly sprayed with “mace or pepper spray” in downtown Columbus talking to people protesting Floyd’s death.
Abdur-Rahim said she was also hit with rubber bullets and still has scars on her body.
“They brutalized us and attacked us,” Abdur-Rahim said.
Since the protests, a series of police reform ballot measures passed, including one to create a new citizen police oversight board.

Goodson’s shooting last week is the latest in a series involving young Black men and teens in the city of almost 900,000 people.
Among the Black males killed by Columbus police in recent years were Julius Tate, 16, in December 2018 during a sting operation; Kareem Ali Nadir Jones, 30, in July 2017; Tyre King,13, in September 2016; and Henry Green, 23, in June 2016.
In 2018, police statistics show, almost 55% of CDP’s use-of-force incidents targeted Black people, who compose less than 29% of the population.
Aramis Sundiata, founder and executive director of the Columbus-based People’s Justice Project, described the Black community’s relationship with law enforcement as “antagonistic,” saying that residents don’t trust law enforcement and are often afraid to call 911.
“People know that there is a reality that you can be killed,” Sundiata said.
For Rodney Revish, a 41-year-old Black man living in Columbus, Goodson’s death shows that last summer’s nationwide protests fell on deaf ears with law enforcement.
“The Black community of Columbus and the Black community as a whole have one simple request, and it’s not a hard one: stop shooting us,” Revish said.
The community, he says, is exhausted from being profiled and unfairly targeted by police and wants more Black officers patrolling their neighborhoods.
But some Black officers have recently said they are also battling police prejudice.
Last month, Columbus City Council voted to pay a $475,000 settlement to a Black police officer after the officer, a 28-year veteran, said he faced retaliation for reporting racism and other misconduct by a superior.
The officer, Karl Shawn, is not the only one who has experienced such treatment working in the Ohio capital. Mayor Andrew Ginther, through his spokeswoman, called racism in the department “systemic,” and three other officers — including Shaw’s old partner, who alleges he faced a death threat — have also filed discrimination lawsuits against the department.
“Black police officers who take an oath to protect the life and liberty of their communities far too often are muted, voiceless, subjugated and marginalized if they courageously speak their truth,” said Councilwoman Shayla Favor last month. “This is a tragedy for our city. It is our duty to create a safe space for every resident who seeks justice and reform.”
The city has denied the claims outlined in the three lawsuits and conceded no wrongdoing in the Shaw settlement.

Columbus is one of the top segregated cities in the US

Columbus’ racial tension goes beyond policing. Black residents say the town’s history of redlining, segregation and gentrification of Black neighborhoods has also been a boiling point.
Columbus is the fourth most economically segregated metro area in the country, according to a study the University of Toronto. The city is 59% white and 28% Black.
Morgan Harper, a local community activist, said the segregation in Columbus has prevented White residents from understanding the challenges Black residents face.
“If you never want to deal with anyone else’s (racial) experience, people don’t have to here,” Harper said. “And people have been comfortable with that.”
Sundiata, the executive director of People’s Justice Project, said some neighborhoods, including Short North, where Black residents once lived and felt welcome, have been transformed with expensive apartments, restaurants, bars and bike shops that seem to cater to White residents.
The city’s Southside and Linden neighborhood are also being slowly gentrified, Sundiata said.
“These are not places we (Black people) can actually attend, have dinner or shop at anymore,” Sundiata said. “The culture has shifted.”
Hardin, the city’s council president, said the history of redlining in Columbus is still hurting Black communities today.
When comparing a 1936 “redlining” map of Columbus with maps showing current infant mortality, violent crime and food deserts statistics, Hardin says, there’s significant overlay.
“The policies of our forefathers have a direct correlation to the challenges that neighborhoods in Columbus face today,” he said.
“I use it to remind people and to remind my council members and anybody who wants to come in and meet with me that we have to be intentional about addressing racism,” Hardin added.
Correction: A previous version of this article spelled Casey Goodson’s surname wrong.
Share
Facebook Twitter Pinterest Linkedin 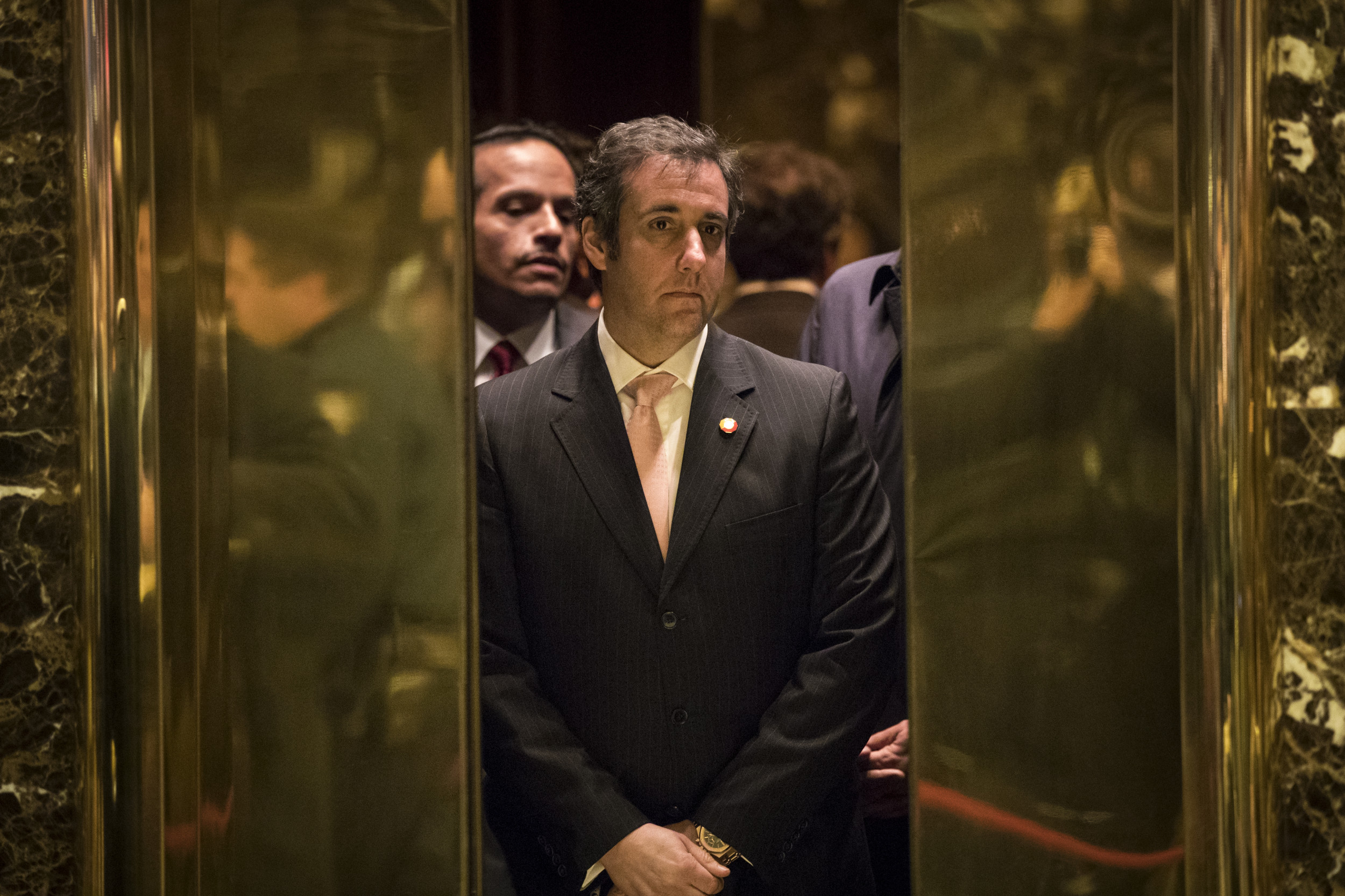 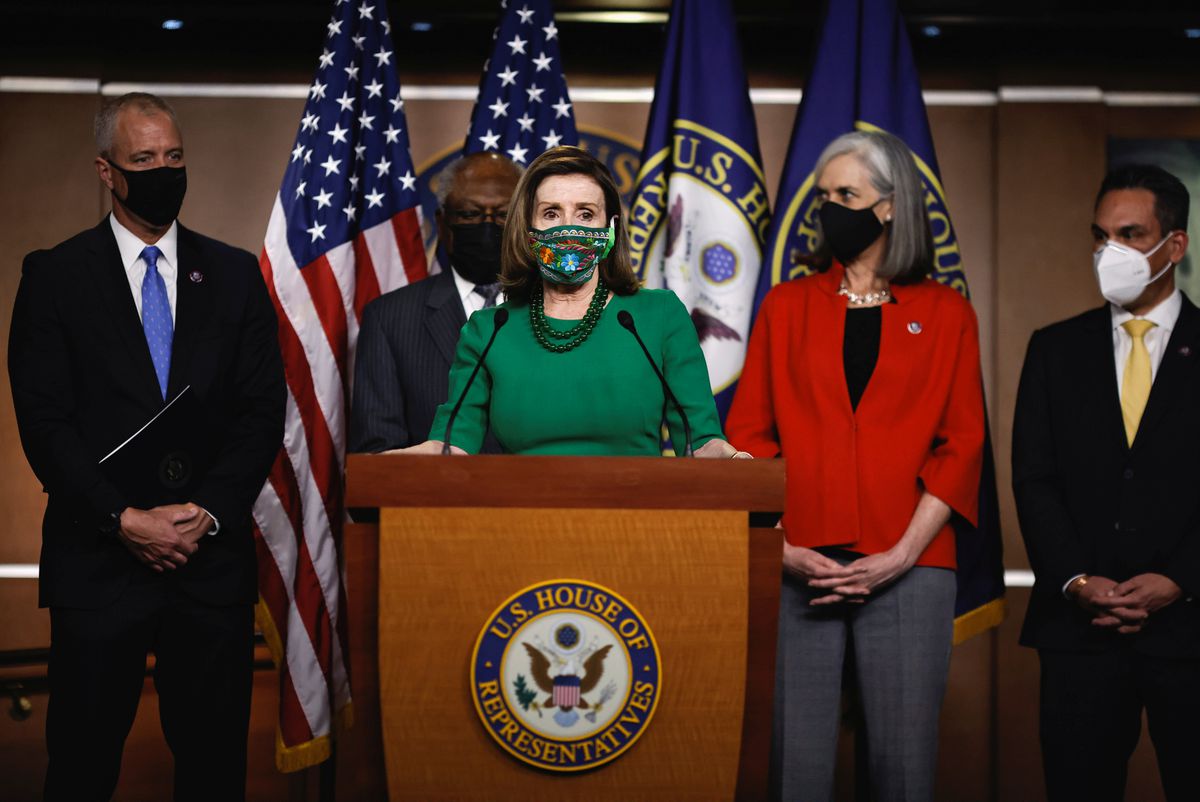 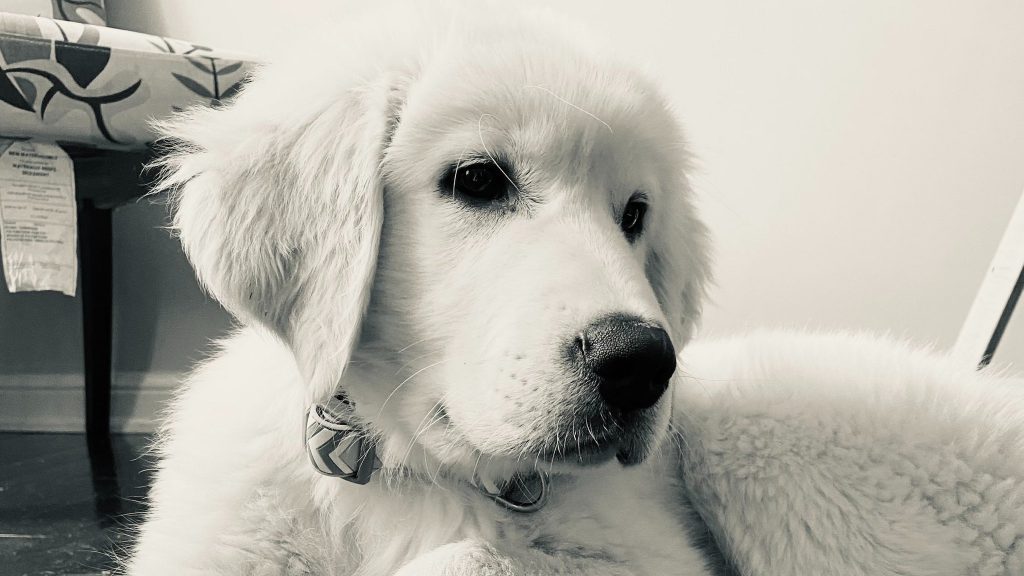 Stu Cowan: Canadiens are running out of scapegoats for their problems 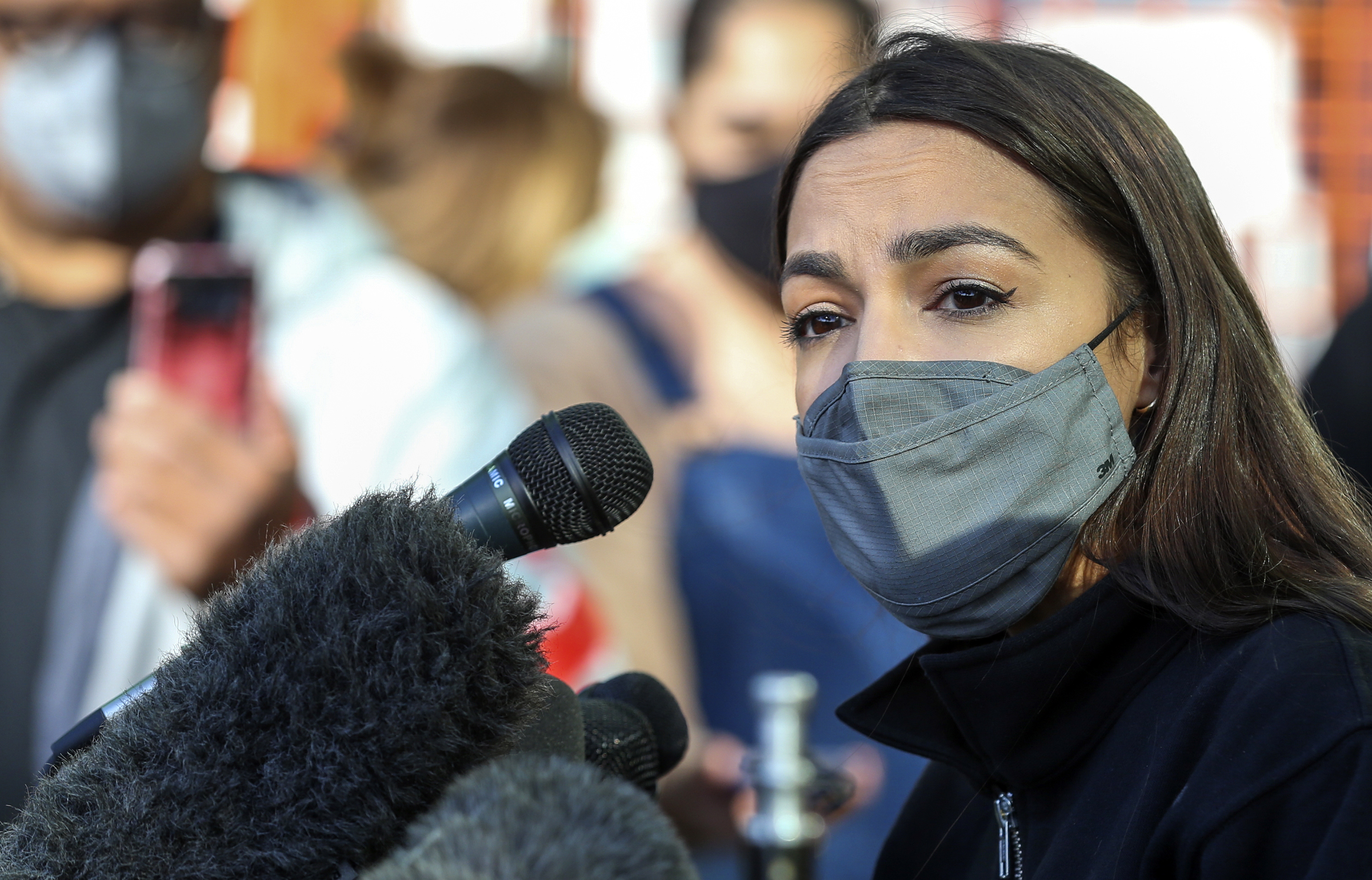 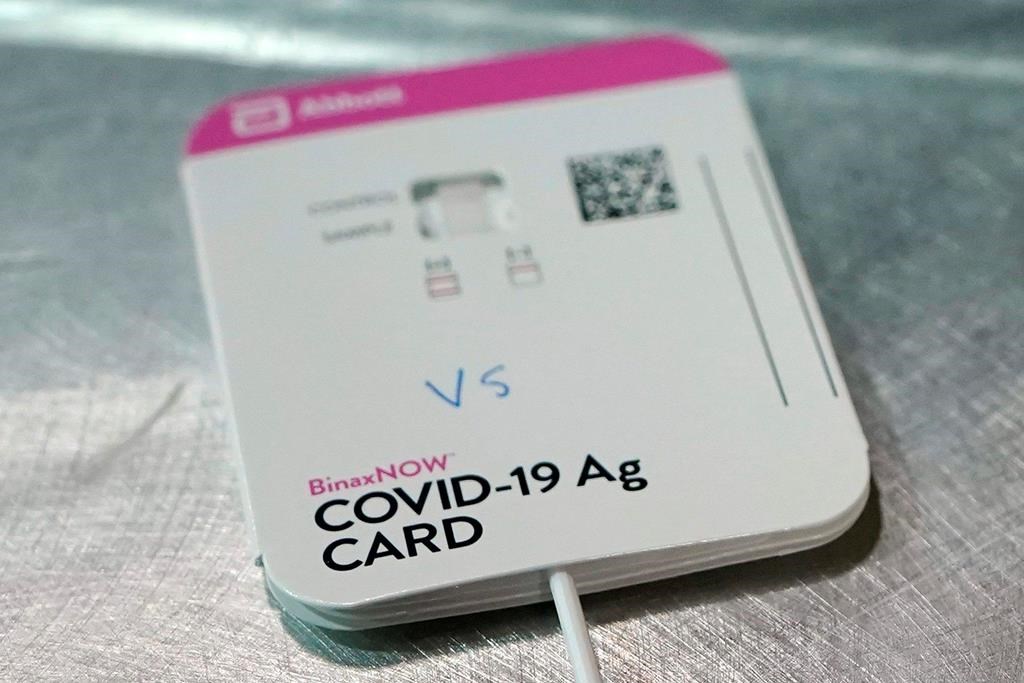 Plunging COVID-19 test demand may leave US with supply glut