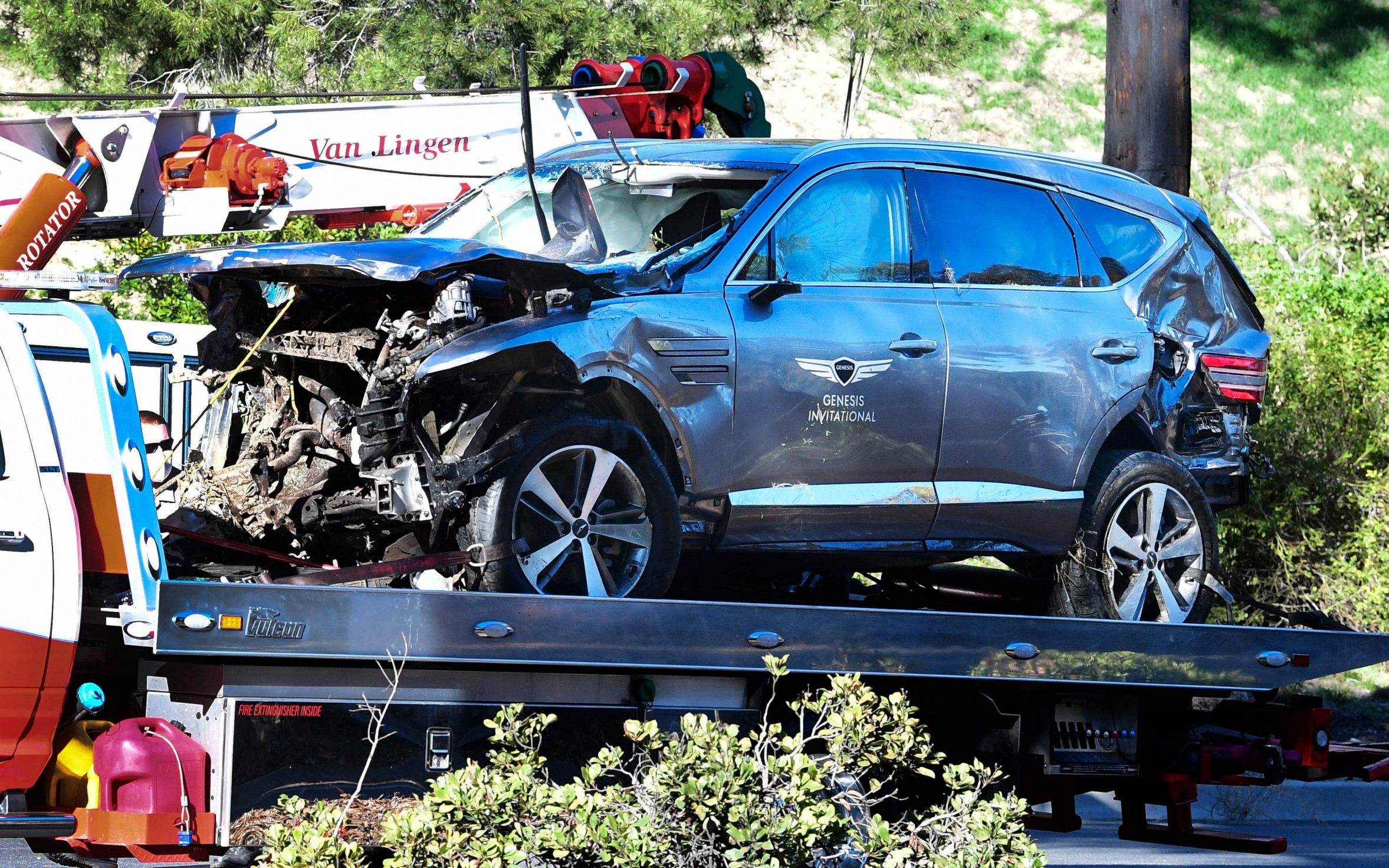 Tiger Woods was speeding at up to 87mph in a 45mph zone when he accelerated out of control to cause his death-defying car crash[1] back in February, US police have confirmed.

The LA County Sheriff’s Department says the sole reason for the crash was excessive speed, with Woods accidentally hitting the accelerator rather than braking before the vehicle flipped over.

Despite unanswered questions around the South California crash, officers declined to charge him and said there was “no need” to issue warrants for his phone records or blood tests over the crash.

In a press conference, officers found no evidence that Woods, who suffered multiple leg injuries and underwent surgery after being pulled from his 2021 Genesis SUV, was under the influence of any drugs. The 15-time major winner suffered multiple fractures and lacerations on both legs and had to be rushed to the operating theatre.

With LA County Sheriff Alex Villanueva closing the case, only Woods can now explain why he sped up and failed to brake during the incident on Feb 23.

However, in a press conference, Villanueva said Woods had been “very co-operative” in giving officers the green light to publish the report[2].

“The primary causal factor for this traffic collision was driving at a speed unsafe for the road conditions and the inability to negotiate the curve of the roadway,” he said. Estimated speed “at the first area of impact was 84 to 87mph”.

Woods’ wrecked car had crossed into the opposite lane, hit a kerb and then collided with a tree before rolling down a verge on the border of Rolling Hills estates and Rancho Palos Verdes. Woods, who was wearing a seat belt, underwent a long surgical procedure on his lower right leg and ankle, before being moved to another hospital for follow-up procedures. He returned home to Florida[3] to continue his recovery on March 15.

Officers cited the sole cause of the crash as speed after Woods, who will not be charged, waived his right of privacy and authorised the release of an accident report.

According to police conclusions, the SUV’s black box reportedly shows Woods accelerated at the time of the crash after he lost control. No warrant was issued to check Woods’ mobile phone to determine if he was on a call or texting.

There was no evidence he was under the influence of drugs or alcohol, although authorities never tried to get a warrant to draw blood. Officers say they did not have the necessary probable cause, and no charges will be filed.

The 45 year-old was pried from the wreckage by rescue crews and rushed by ambulance, with rods and screws later inserted into his shin and ankle.

Villanueva said last month that a cause was determined and the investigation had concluded.

Fellow golfer Rory McIlroy said this week that he had visited Woods and described him as in “decent spirits”. Fellow pros were in tears when told the initial news and then there was huge relief when it was revealed by the LA Sheriff Department that the injuries were “non-life-threatening”.  However, there remain obvious concerns that this could be the end for Woods the golfer, who has bestrode his sport like no other.

In a statement released after the press conference, Woods thanked the first responders who helped to free him from the wreckage, along with the two members of the public who called authorities to alert them of the accident.

“In the last few days, I received word from the Los Angeles County Sheriff’s Department that their investigation regarding my traffic accident back on February 23rd in Los Angeles has been completed and closed,” he said.

“I am so grateful to both of the good samaritans who came to assist me and called 911. I am also thankful to the LASD Deputies and LA Firefighter/Paramedics, especially LA Sheriff’s Deputy Carlos Gonzalez and LAFD Engine Co. #106 Fire Paramedics Smith and Gimenez, for helping me so expertly at the scene and getting me safely to the hospital.

“I will continue to focus on my recovery and family, and thank everyone for the overwhelming support and encouragement I’ve received throughout this very difficult time.”

The accident happened at 7.12am when rescue services were called to Ranchos Palos Verdes, a district south of the Californian city. No other cars were believed to have been involved.

Woods’ car reached speeds of 84 to 87mph (135-140kph) when he lost control. Sheriff Villanueva revealed that the “estimated speed when the vehicle struck the tree was 75mph”, but he added that, “there were were no citations issued and there were no signs of impairment.”

Despite his excess speed, officers say they are unable to charge him as there are no witnesses to the incident. A reckless driving charge would require multiple allegations to be levelled against him. The car’s so-called “black box” data recorder showed that Woods never applied the brakes during the incident, but instead engaged the accelerator accidentally.

LA police said the “primary causal factor for this traffic collision was driving at a speed unsafe for the road conditions and the inability to negotiate the curve of the roadway”.