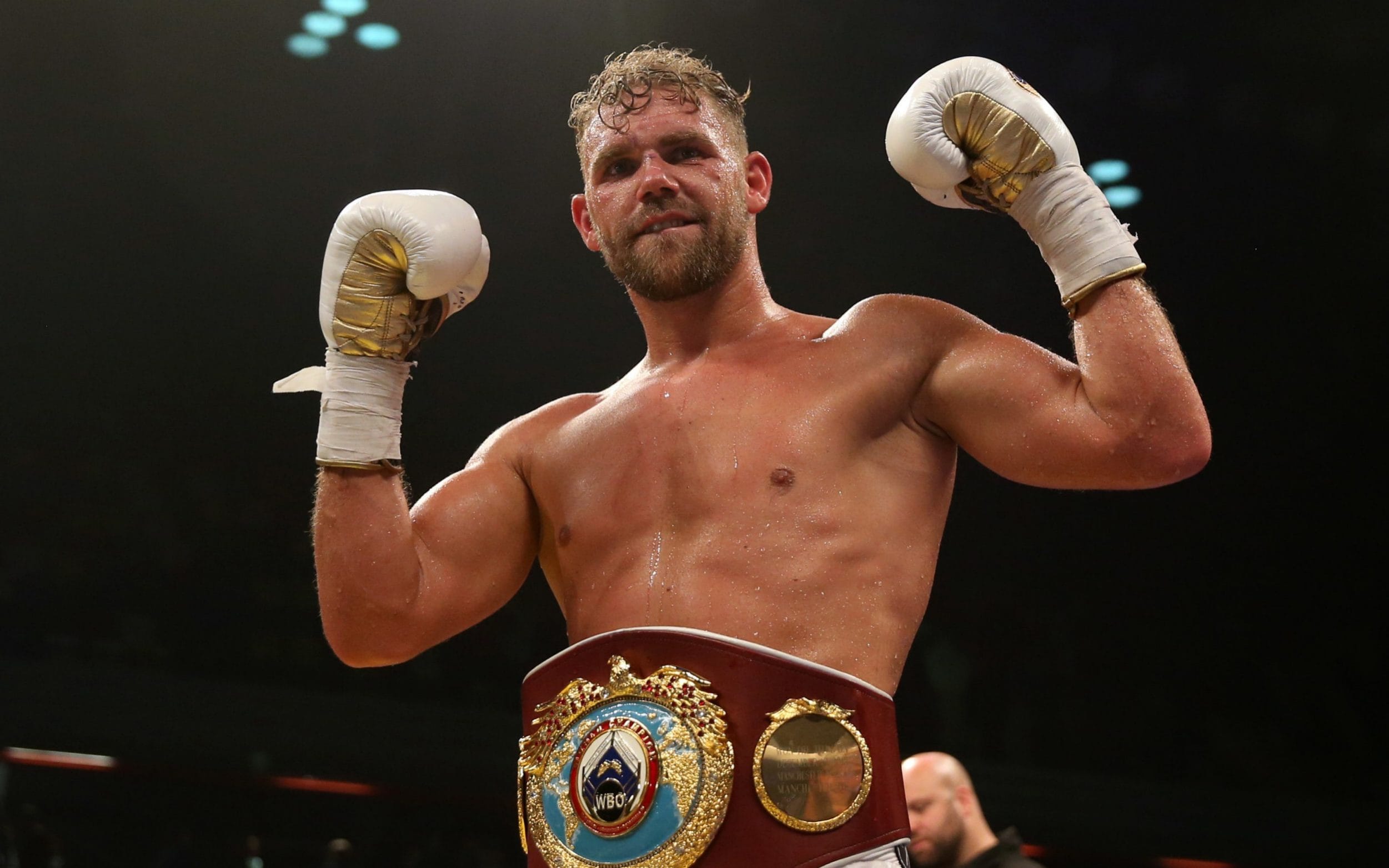 But a row over the size of the ring has seen Saunders’ camp threaten to walk away from the huge clash. The unbeaten WBO world champion’s team have insisted there will be no fight unless the ring is changed from 18ft square to 24ft square.

Saunders’ father, Tom, said on Tuesday the fight was meant to be held in a 24ft ring but claimed Matchroom Sport, the promoters of the event, want the fight to take place in an 18ft ring.

The smaller ring would nullify Saunders’ movement and allow Canelo ease in cutting off the ring and fighting at close quarters. Saunders Sr suggested the two parties had compromised at 22ft but the Briton’s camp are far from happy with the treatment they have received in the build-up to the fight. Both fighters are promoted by Eddie Hearn.

Saunders Jr, in an interview with Behind The Gloves, said he had told his team to “sort out all of that rubbish”. The WBO super-middleweight champion said: “You don’t go in a 70,000 seat stadium…and dance in a 16ft ring or an 18ft ring or even a 20ft ring. This magnitude of fight has to be on a fair playing field.”

But Tom Saunders went further, insisting they had threatened to walk away from the fight if their demands were not met.

He said: “Matchroom wants us to box in an 18ft ring, and then they come back with a 20ft ring. It was supposed to be a 24ft ring. Then we’ve compromised with no smaller than a 22ft ring. MTK (Saunders’ promoter) is on it, and they’re all over it now. Hopefully, that’ll sort it out, and I’m sure it will be.”

When and where is the fight?

The bout is scheduled for Saturday May 8, the Cinco de Mayo weekend, at the AT&T Stadium in Arlington, Texas. Due to the time difference, the fight will be in the early hours of Sunday for UK fight fans.

What time is the main event?

Live coverage is expected to begin at 1am British Summer Time with the ringwalks for the main bout expected at around 4am.

What TV Channel is it on?

UK viewers will need to use streaming service DAZN. If you aren’t subscribed to DAZN, you can sign up here.[1]

What titles are on the line?

Alvarez and Saunders are fighting for the WBC, WBA Super, WBO and Ring Magazine belts. If the Mexican wins then he would likely set his sights on IBF champion Caleb Plant in order to complete the set at super-middleweight. A win for Saunders would ranks as one of the greatest British boxing victories of all time.

How did the fight come about?

Alvarez destroyed the WBC’s mandatory challenger, Avni Yildirim, in three rounds on Feb 27 at the Hard Rock Stadium in Miami in front of 12,000 fans.

What is Billy Joe Saunders saying?

Often referred to as the bad boy of British boxing, the Hertfordshire fighter comes from the traveller race and is undefeated as a two-weight world champion in a 30-fight career. He has been fined on several occasions by the British Boxing Board of Control for ill-discipline, and, just hours after the Alvarez fight was confirmed, appeared on Instagram wearing an apron with a fake penis, in a video from his training camp in Spain.

“Canelo, I’m ready to rock and roll,” Saunders said. “You have to dare to be great and you aren’t going to be a great if you don’t beat the greats. I believe I am the only one with the footwork, knowhow, skillset, mindset and brain to unlock that door in Canelo.

“He’s the main man in the sport and the face of boxing. You have to give him respect, he hasn’t ducked anyone, he’s beaten good names, but nobody is unbeatable, and I believe I have got the tools to beat him if I use them properly.

“I am looking at the golden ticket to cement my legacy, and that’s how you have to go in there to beat him. I’ve won everything from Southern Area to world titles. I could say ‘I’ve won it all, been to the Olympics, I’m unbeaten — I’ll see you later’.

“But I’ve only just turned 31, I’ve got no miles on the clock, haven’t taken any punishment — I believe he’s been in harder fights than me and has more miles, so I want to cement my legacy and beat him.”

What is Saul ‘Canelo’ Alvarez saying?

The Mexican is ranked the No 1 pound-for-pound boxer in the world. He is a world champion in four weight divisions from light-middleweight to light heavyweight. Saunders will be the  seventh British fighter to take him on; Alvarez’s victory over Turkey’s Yildirim followed his triumph over Liverpool’s Callum Smith in December.

The youngest of seven brothers who have all fought professionally, Alvarez has gone 57 fights with just one defeat — to Floyd Mayweather Jr in 2013. He has acknowledged that in Saunders, he will face an accomplished and awkward southpaw.

“He’s a very difficult fighter. We need to go for him,” he said. “People talk, but I’m a mature fighter. I know how to control myself.  All I need to do is go into the ring, win and make history.

“I want to unify the division. No one has done it in Latin America. In the world only a few fighters have done it — the best. I want to make history and be one of the best in the world.”