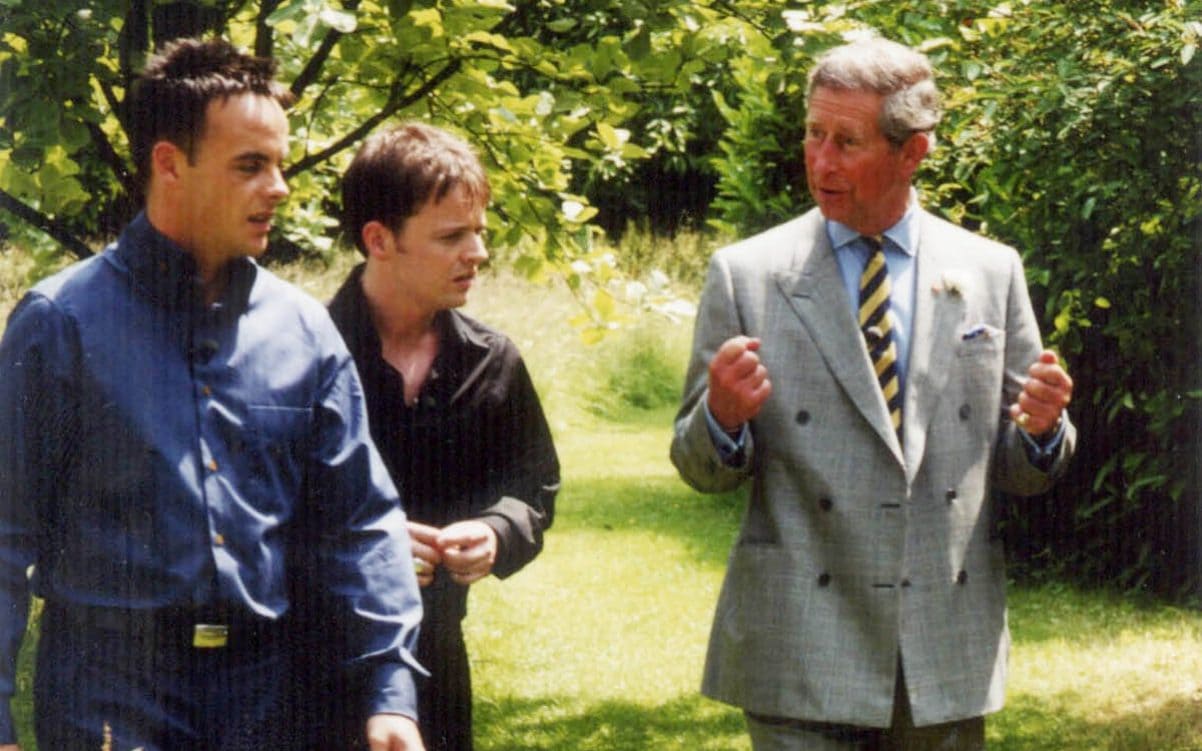 “When we were growing up we had shows like Auf Wiedersehen Pet and Jossy’s Giants on TV,” Anthony McPartlin recalls with wide-eyed enthusiasm. “Catherine Cooksons were being filmed up the road in Northumberland, you had Tyne Tees down the road where they filmed The Tube. You read the stories of the bands going up from London on the train, getting absolutely trolleyed, and giving some of the best performances. It felt like TV was an accessible place for two lads from Newcastle. These days that seems to have gone by the wayside.”

“TV got very London centric in the 1990s/early Noughties,” agrees his lifelong sparring partner Declan Donnelly. “The energy it brings to a city if you’ve got a good media hub – when we were growing up it was all around us. I think that stopped and we’d like to try and bring a bit of that back.”

As a result, the duo – whose life in the spotlight has given them an almost permanent spot on our screens for the past 30 years, the Guinness World Record for the most consecutive National Television Award wins and, for Ant, some high profile dramas involving addiction and divorce – have started working with the Prince’s Trust to roll out a Making it in Media project. The aim is to “reach out to diverse backgrounds, disadvantaged backgrounds and get kids and young people into this industry,” McPartlin explains.

The programme begins with a free two week course in London this summer, Manchester later in the year and Newcastle shortly afterward targeting 16-25 year olds not in education, employment or training. It offers a £250 grant to cover costs, hands-on training, the chance to work as a team on a project related to TV production, career guidance and a series of meetings with prospective employers.

“We’re contacting broadcasters and producers to say – ‘can we have some jobs?'” Donnelly explains. “We need realistic, real places for these people. By the time we’re finished with them they’ll have a real skill set to work with and they’ll hopefully bring real value, a fresh set of eyes and a fresh voice to wherever they go.”

Although this feels like a bold step for the loveable and legally inseparable Saturday night cheer-bringer– they’ve insured each other in case one should die and they make sure they always stand in the same position in relation to each other to avoid confusion, even managing the same positioning with their Zoom screens on this call – the duo have worked with the Trust as ambassadors for the past 15 years. They’ve also offered training through their production company, Mitre, for years.

“We were talking to a producer of ours the other day – she started off as our runner on a show called Poker Face many years ago and worked her way up,” McPartlin grins. “The last time we were doing I’m a Celebrity Get Me Out of Here she was our producer on that show. It’s great to see someone who started here and ended up here in our career trajectory and we still work with her now.  It’s such a great industry to get involved with because the possibilities are endless if you’re willing to work hard.”

McPartlin and Donnelly, trading as Ant and Dec since 1994 after their slow transition from BBC kids drama Byker Grove via a brief in character stint as rappers PJ & Duncan lead to presenting Saturday morning kids show Gimme 5, are one of the unlikelier versions of the British Dream. Unlike the now quasi fictional American Dream – individual achieves wealth and fame through hard work rather than inheritance – the British Dream is more about working class kids joining a partly government funded industry and doing their best to help others get a break as well.

Both grew up on estates that were teetering on the brink of poverty and joined Byker’s Grove after the BBC started contacting local schools looking for actors. “We were two quite unremarkable working class kids from council estates in the west end of Newcastle,” says Donnelly. “We had never dreamed a career in the media was in any way possible. My parents ran the Irish Centre, there were bands in there and I used to do Irish dancing.  But the media link we had was that the new flats built in Cruddas Park in the 1960s were in the opening titles of ‘Whatever Happened to the Likely Lads’.”

“I grew up with just my mum and my sister – went to a comprehensive, mixed school, did a bit of drama and then this opportunity came along,” McPartlin still seems slightly awed at the idea.  “We often talk about what we would be doing if Byker Grove hadn’t turned up at our schools and asked us to audition. Dec would be selling mobile phones very successfully in Newcastle, I reckon, because he’s got very good patter.”

“I’d probably have my own business by now,” Donnelly agrees.

“I just said selling phones, I never said your own business,” McPartlin needles him. “You’d be the top seller on Northumberland Street.” 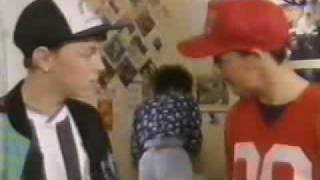 It’s fair to say they’ve surpassed the earnings power of even the very best mobile phone salesman on Northumberland Street. Ant, 44, and Dec, 45, have a current net worth of around £62 million each. In 2019, they signed a £40 million, three-year deal with ITV just as, according to rumour, Netflix started sniffing around. The deal includes Britain’s Got Talent, I’m A Celebrity…Get Me Out Of Here!, Saturday Night Takeaway (they own the rights to the show) and Ant and Dec’s DNA Journey.

The duo’s work with the Prince’s Trust – and a 2015 documentary on the charity that the pair hosted – lead to invitations to visit Dumfries House, a raid on Prince Charles’s wine cellar and an OBE each in 2017. Given their position as media power brokers, at what point did the two lads from Newcastle stop feeling they were chancing it?

“Actually, we chanced it all the way,” Donnelly shrugs.

“Let’s face it we’re always chancing it,” McPartlin agrees. “We were quite annoying if you talked to anybody who worked on Byker Grove because we were constantly asking how things worked. We filmed Byker Grove during the day then we’d go and work backstage at the Tyne Theatre in Newcastle in the evening.”

“We had an in – somebody that worked on Byker Grove also worked Tyne Theatre,” Donnelly points out. “I would do the spot – following people with the spotlight – and Ant would do the flys, hauling scenery up and down. We didn’t know what we wanted to do but we knew it was in entertainment.”

“I knew I didn’t want to work the flys because I was awful at it,” McPartlin says wryly. “The amount of times that scenery came in with such a massive thud that it scared the actor…  I get distracted quite easily so sets and wardrobes and stuff would clatter to the ground.”

“It was hilarious,” Donnelly sniggers. “I remember one cue change coming down so fast I thought, ‘If that hits anyone…’ just before it went boom.”

They hastily explain that their course is designed to prevent equally dangerous workplace incidents – but TV has earned a difficult reputation for bullying recently, with young runners on shows like Gogglebox coming under extreme pressure at work. Is there a risk this project is sending cannon fodder into the brutal deadline driven TV world?

“It’s a very good question,” Donnelly says. “We will look to do all we can when talking to the prospective employers and hope that they all abide by a code of conduct and all the young people will have mentors they can talk to.”

“Thankfully our industry is changing in the last few years – with everything that’s happened with diversity and inclusion,” McPartlin adds. “But we were definitely protected coming up in the age before social media. These days you’ve got to get your armour on quicker. When we started presenting we were awful. Really bad. SMTV had been commissioned for 52 weeks and they kept us on air and we slowly started getting better. With social media it would have been tougher. I think the tough ones will survive, and we’ll help with that as much as we can.”

“You do realise they’ll know more than us about social media,” Donnelly grins.

“OK, yes, we are going to be the uncoolest people there,” Ant admits. “I mean, I even said uncoolest.”

Speaking to an early stage investor at a large silicon valley VC, I tell them, I’d asked what my kids should be learning to guarantee a successful life. He told me – creativity and caring. Everything else can be done better by software. So how creative do they think this generation are?

“They’re incredibly creative – they’re making media all the time on TikTok, they just don’t have ways to make a living yet,” Donnelly says. “I think sometimes they get a bit of a rough press when they’re referred to as being too woke. They’re just a bit more considerate of each other – they see colour, gender and disability less than everybody else.”

McPartlin agrees. “I’ve got two step-daughters, 13 and 15 and they are more socially aware at that age than I was in my mid-20s. Than I still am. It’s not going to be our generation that saves the world.  Look at Greta Thunberg[1], single-handedly almost making the world aware of climate change.  It’s that kind of energy that this generation has got and they’ll save the rest of us. We’re just trying to make it easier for them.”

Donnelly pauses for a moment and turns his head towards McPartlin which, on a Zoom call, is uncannily impressive. “The thing is, they are the future of broadcasting and they don’t realise how much they’re needed,” he says eventually. “I don’t think we realised that we brought something new to the table and that’s why people wanted to work with us. We were still full of self-doubt.”

“When you’re young you have the arrogance and the ideas that older hands just don’t,” McPartlin agrees. “We were down the pub one night and I said, “I’d love to take kids on in a quiz, but if I beat them I really beat them, and they don’t get the prizes”.  We worked it up into Challenge Ant. The producers were like, ‘You can’t do that, they’ve got to go away with something’.  We insisted and that’s why it worked.”

“We were mid-20s at that point,” Donnelly nods. “The fact that me and Ant and Cat were much closer to the target age of the audience, it was really invaluable. That’s what this whole thing is about – if broadcasters want younger viewers, get young people in to make programmes, in front of or behind the cameras. Otherwise they stay on social media and TV runs the risk of losing them completely.”