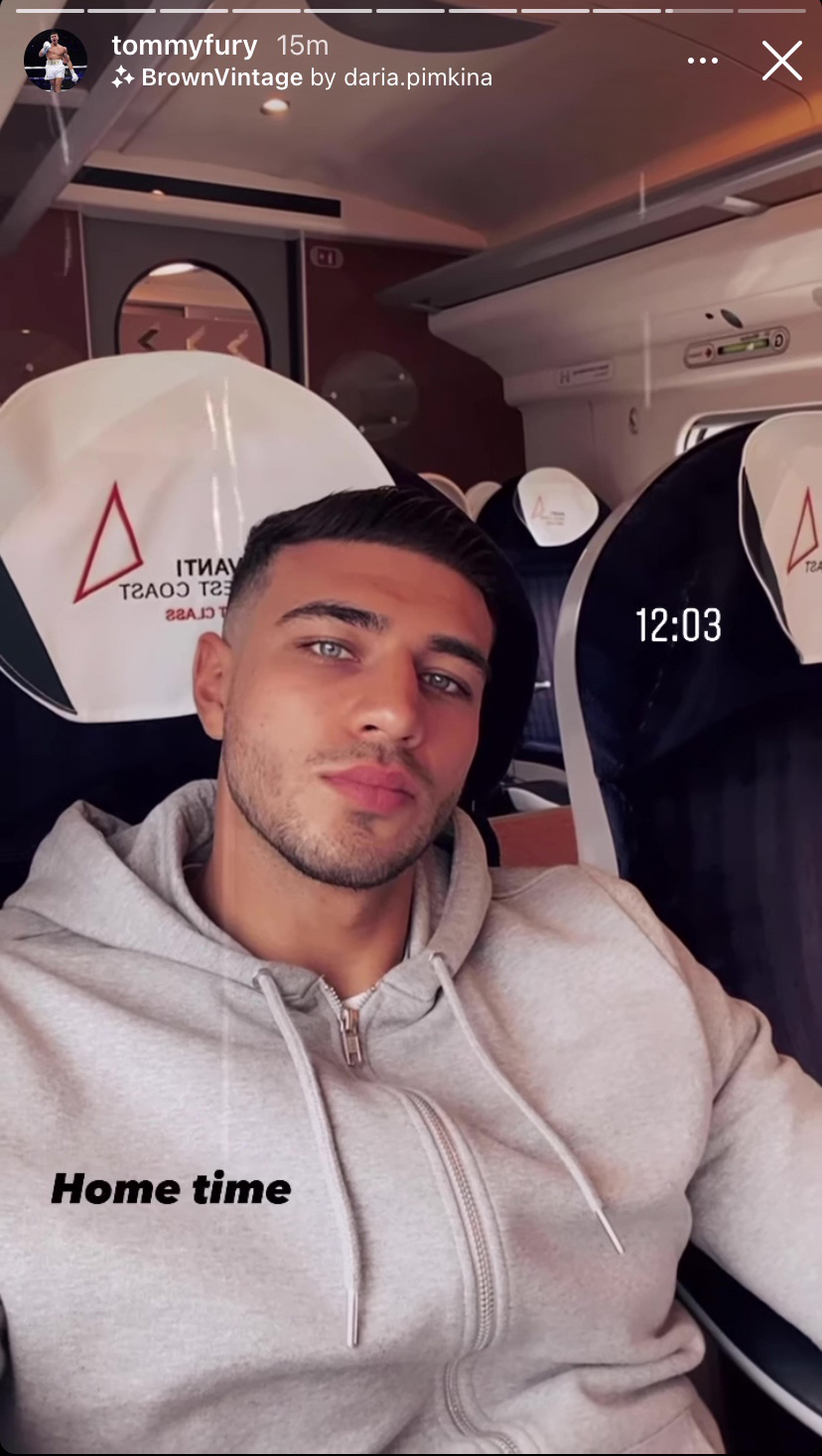 TOMMY Fury has been blasted for sitting on a train without wearing a face mask.

The 21-year-old boxer has been slammed for sharing the snap of himself maskless while travelling First Class.

The Love Island star shared the offending snap on his Instagram story to his 3.3million followers.

“Full carriage to myself,” he boasted.

Tommy – heavyweight champ Tyson Fury’s half-brother – said he only removed it to drink water, arguing the carriage was empty.

A spokesperson for Fury said: “This story was taken while Tommy had his mask off to drink water and I am sure you saw his other story which showed a completely empty carriage (he was the only person in it).

“Tommy has posted many pictures over the last few months of him wearing a mask.

“It was taken out of context. I can appreciate the confusion.”

Tommy travelled to London from Manchester to contribute to BT Sports’ live boxing coverage over the weekend.

He then took an Avanti West Coast train back from London back to his home in Manchester on Sunday afternoon.

Train drivers’ union ASLEF says the empty carriage was no excuse for Fury to go maskless on public transport.

An ASLEF spokesperson said: “Rail staff have worked throughout this pandemic to make sure the network can serve the public.

“We’ve worked day in, and day out, to keep our railway as safe as possible for passengers and staff, and to keep Britain running, by moving people and goods around the country.

“It is vital that people adhere to the rules, regulations, and advice to keep everyone safe.”

An Avanti West Coast spokesperson added: “In line with government guidance, you must wear a face covering (unless you are exempt) when you’re at a station and whilst onboard a train.

Government guidance states it is a legal requirement to wear a face mask on public transport, unless you have a medical exemption.