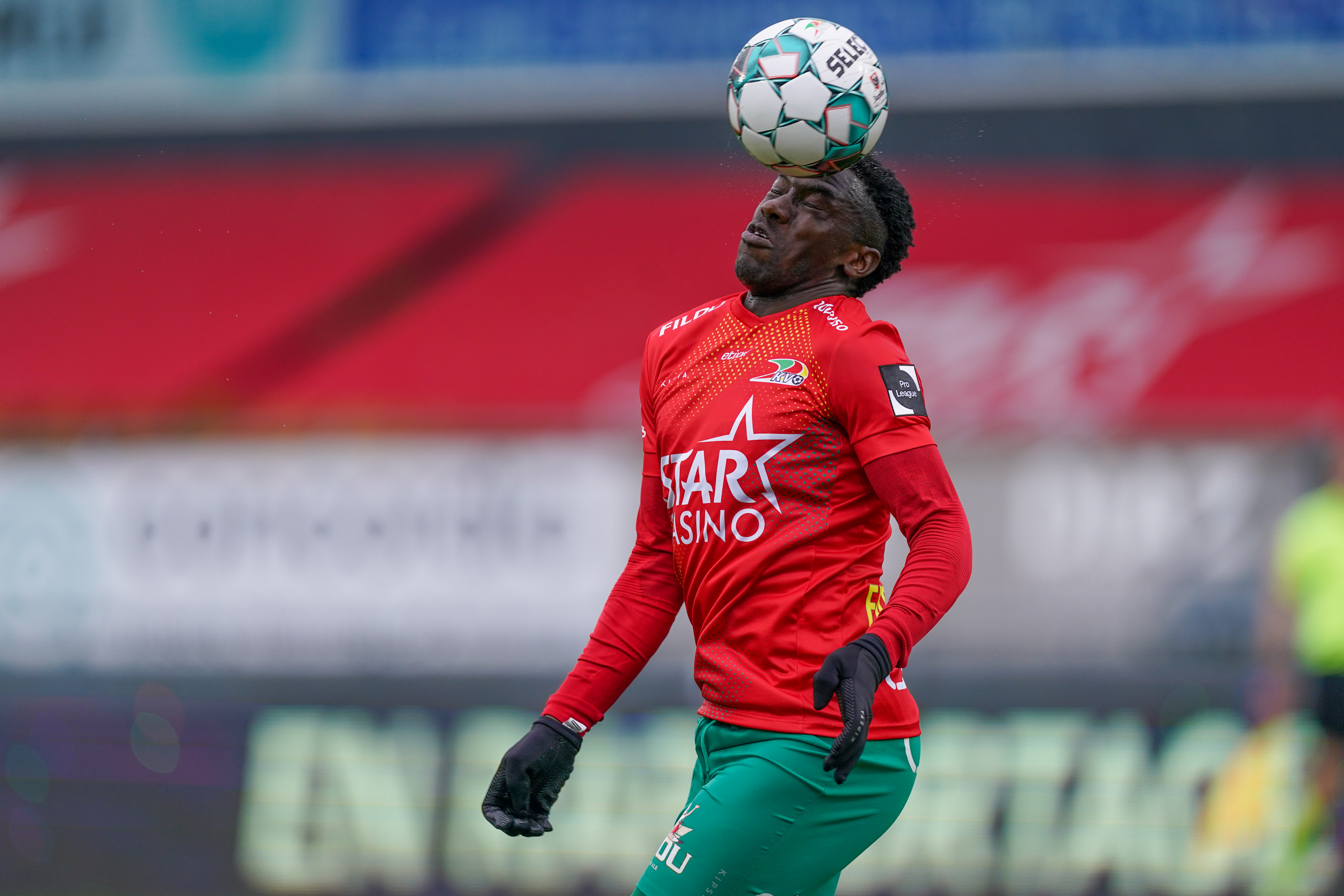 NEW Rangers striker Fashion Sakala has given an insight into the torturous journey he’s made from a poverty-stricken African village to get to Ibrox.

He also lifted the lid on how he had to hunt impalas to survive, shared a six-hour bike journey with his dad for his first-ever football trial and was bullied for not speaking the local Bemba language at his first club.

And he’s revealed the story behind his unusual moniker…his real first name is Timothy.

The Oostende hitman confirmed this week he will join Steven Gerrard’s side, with his contract in Belgium expiring this summer and signed a bumper four-year deal for the new Scottish champions.

And Sakala, in an extensive interview with a Belgian publication last month, revealed his extraordinary route from a Zambian outpost to Govan, via Russia and Belgium and why he changed his name.

He said: “Actually my name is Timothy. That was my father’s first name too, but because he dribbled so well when he was a player, they called him Fashion…like style.

“His nickname became more important than his real name over time.

“When I was born he called me Timothy, but others insisted on Fashion. That’s now what it says on my passport…Fashion Sakala.

“I come from a Zambian village close to the border with Malawi. I’m from a very poor family, but I’m not ashamed of that. On the contrary, I am proud of it because my story shows how you can change a life.

“We had nothing at home, not even food. Very soon my family was counting on me to take care of it. I did that by hunting in the bush.

“In my village, they called me ‘captain’ because I was trying to protect my family.

“My father did his best, but he didn’t have a proper job, nor the strength or the courage to do like me. But that does not detract from his qualities. He was a good father. I don’t blame him for our poverty. He was a good footballer himself.

“To give an example of how poor we were, we didn’t have a TV at home until 2008. One of the first football players I saw playing was Cristiano Ronaldo, which is why he is my hero.

“I hunted impalas and rabbits with the help of dogs. At one point, we had 18 dogs at home. I went out into the bush with the dogs for six or seven hours a day, until we hunted, cornered and killed the animals. I did that between the ages of ten and sixteen. Daily.

“If you are poor, you quickly learn how to survive. So I paid little attention to school. People who are hungry have difficulty concentrating.

“I have four sisters and two younger brothers, they speak Nyanja. They all count on me to help them. My sisters and her children, my father’s siblings and their children, even people who have no family ties. I have many responsibilities.

“I have to be careful with my career or we risk falling back into poverty. But I see it as a blessing that I can do that, it motivates me.”

And Sakala revealed how he was plucked from Zambia to Spartak Moscow four years ago.

He said: “I have something special – a gift from God. I see the future in my dreams.

“One day my father was listening to the radio and he heard about trials at a football school a long way away. We went there by bicycle. We had one bike and we sat on it together somehow and crawled along for a six-hour journey! It was a terrible trip and my father was a hero for that.

“It was the last day of the trials and a lot of boys had already been chosen. I felt lost, didn’t speak English, didn’t know how to dress, people made fun of me. But I had dreamed beforehand that I would be selected, so I persisted.

“God helped that day. In the first half, I scored three times. At half time I switched camp and scored five times. It was 5-3 and I had scored all the goals! Of course, I was allowed to stay. There, at that football school, I later learned English too.

“Initially, everyone laughed at me, but that stopped when I played. After a year in that school, a team from the Zambian Premier League picked me up.

“My father didn’t believe that at first. When people from the city come to get your son, you can think of anything. Maybe they will kill him or do bad things to him…that’s what he thought.

“He then called the club president and he assured him that it was serious. Then he gave me his blessing. That was around 2013 when I was sixteen.

“In Chingola, I signed for Nchanga Rangers, I was laughed at again. My clothes, my accent. There they spoke Bemba, a completely different language and mocked me.

“I cried and called my father and wanted to come home but he told me to remember how far God has already taken you from our village. Now you have to be strong and fight for it.

“I moved to Zanaco in Lusaka. I scored eleven goals that season and we became champions, but even then I knew I wanted to move to the next step. They still laughed at my clothes, I was still poor.

“At the Under 20s African Cup I got an offer from Spartak Moscow for trials and after just three days I got a contract. It wasn’t easy after that. I was a top scorer in the B-squad, but I never got a chance in the A-squad. They would rather give players who were on the bench in the second team a chance.

“So I thought If Spartak doesn’t find me good enough to use me, God will take me somewhere else, I thought. I never blame others.

“I heard about the interest from Oostende in 2018 and I wanted to get out of Russia as soon as possible. The first season was difficult, especially tactically. I was still an African footballer, insufficiently adapted to European football. It was working, training and learning.

“But I see a big difference with me from back then.”

And the 24-year-old has given an indication to Rangers fans, in the Voetbal Magazine interview, about what they can expect.

He said: “I’ve had coaches saying they see me as a right winger or a left winger or a midfielder. I’m a striker.

“I’ve learned a lot from every coach and am a much better player now than I was three years ago.

“I will never be a Ronaldo, but I do try to be better than any other footballer. By paying attention to nutrition, my body. Many young players lose it at our age.

“Now of course, I do have money, but the dream should never be about that money. I’ve seen it so many times: money, going out, fast car, accident, and bang…two legs broken and career over.

“I have evolved a lot in my career during my period in Belgium and I think I have improved every day.”