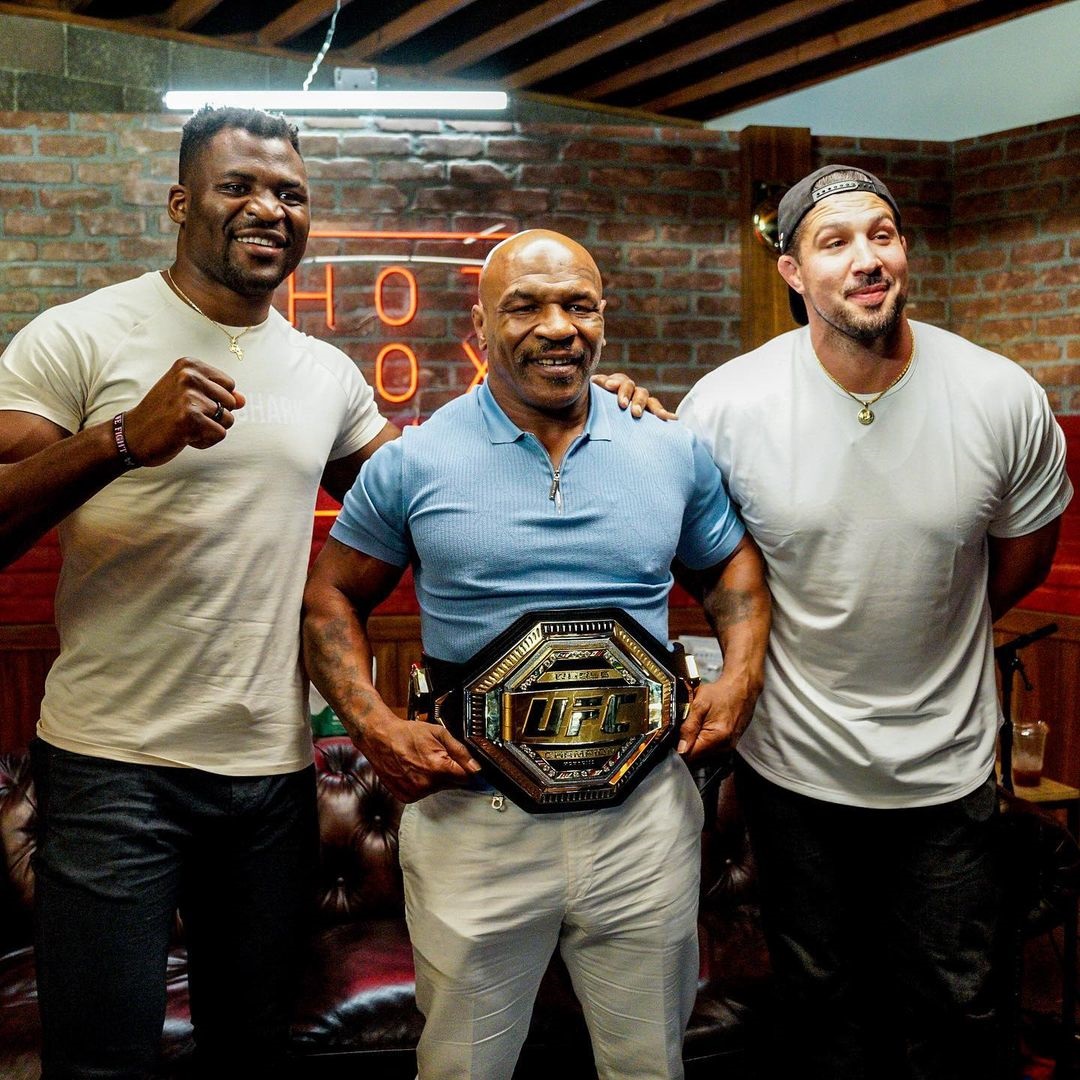 Shortly after his historic victory, the newly-crowned heavyweight king was invited to make a second appearance on the Hotboxin’ with Mike Tyson podcast.

Ngannou, 34, accepted the offer and gave Iron Mike the chance to wear the belt during their meeting.

The UFC’s first African heavyweight champion shared snaps of his latest meeting with Tyson and retired MMA star Brendan Schaub to his Twitter and Instagram pages.

The ferocious Ngannou has drawn comparisons to a prime Tyson during his six-year stint in the UFC.

And the Batie brawler is honoured to have had his name mentioned in the same breath as The Baddest Man on the Planet.

GRAND NATIONAL: GET £140 IN FREE BETS FOR FESTIVAL AT AINTREE

He told TMZ: “Every time that they compared me to Mike Tyson, you know for me it’s just an honour that they can attach my name to somebody like Mike Tyson.

“Growing up, hearing about Mike Tyson, even though I didn’t have a chance to see him fight because I was in a small village and we didn’t have a TV and stuff.

“It was very hard for us to have access of those stuff but as soon as I had a chance I just go on YouTube and keep watching Mike Tyson tape and I was so impressed by him and was just dreaming to become like him.”

The Predator wants to follow in Tyson’s footsteps by eventually entering the boxing world, although he has no intention of ever sharing the ring with the hall-of-famer.

When asked if he’d box Tyson, he replied: “I don’t want to fight Mike Tyson, but I would like to fight another heavyweight boxer such as Tyson Fury.”

He added: “This is in the future, it’s somewhere, definitely.

“My main dream has always been the noble art and even though I deviated into MMA, which I love, I still have to fulfil something in boxing.”

Joshua admits boxing got him off the streets as he bids to save 2,400 UK gyms

CON THE WAY UP

UFC fans are hoping Ngannou’s next outing will be a blockbuster showdown with former light-heavyweight champion Jon Jones.

But the mega-fight is being held up by an ongoing pay dispute between Jones and the UFC brass.

The heavy-handed Ngannou has been offered a June rematch with fan favourite Derrick Lewis.

But it’s understood he doesn’t want to perform a quick turnaround following a long and gruelling camp for his rematch with Miocic. 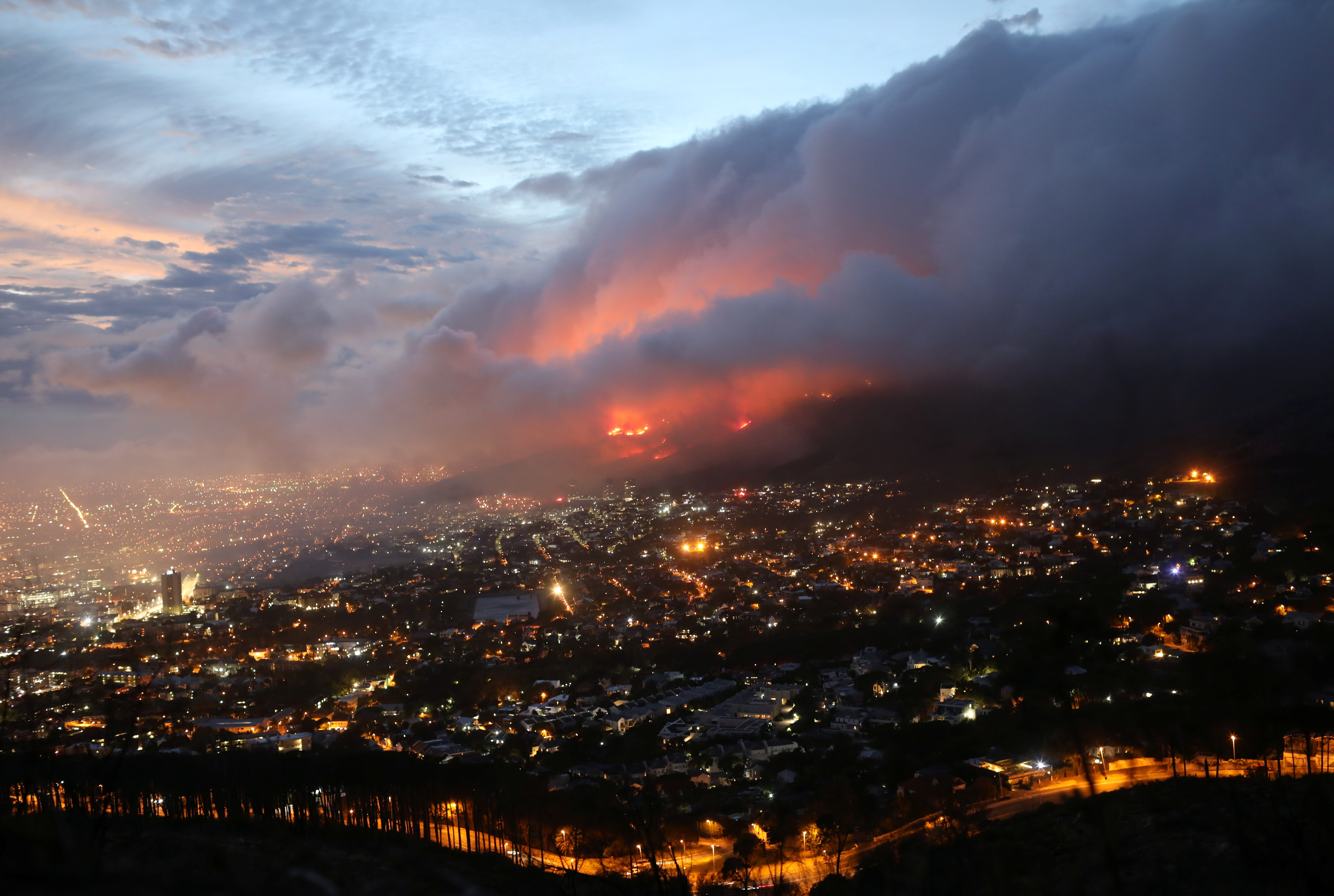 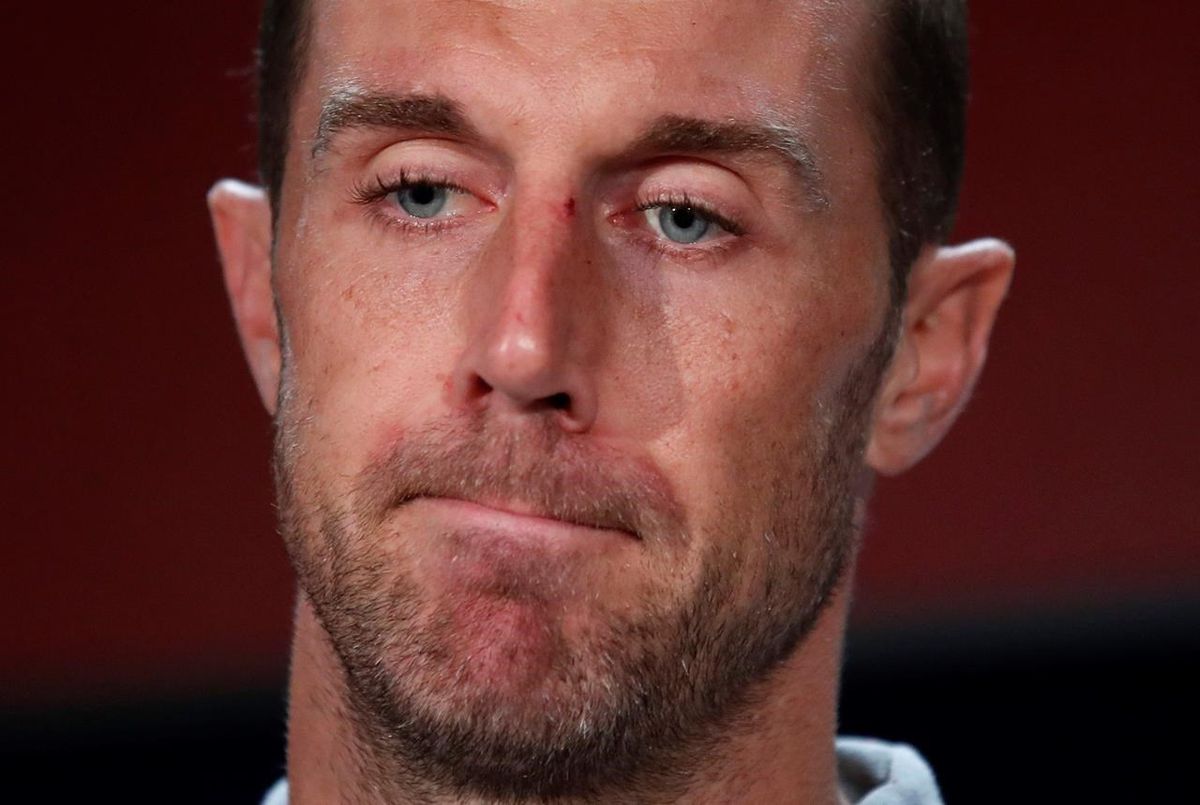 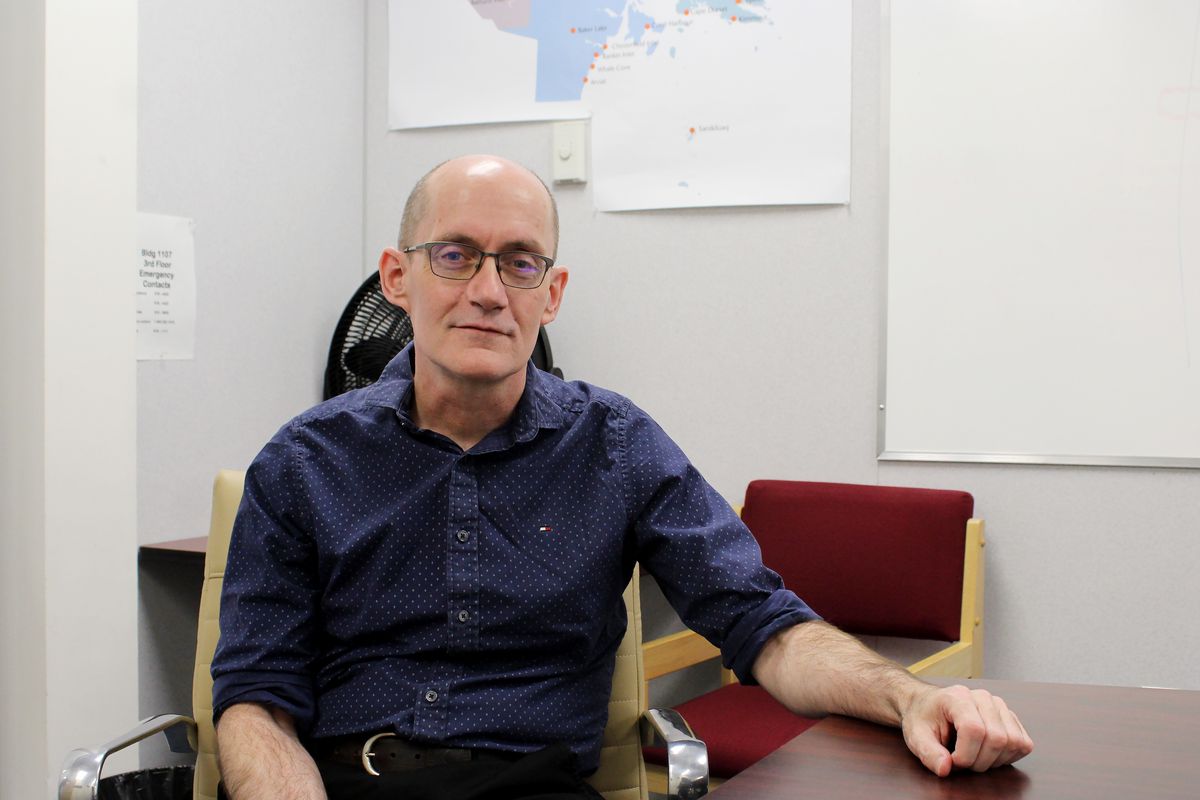 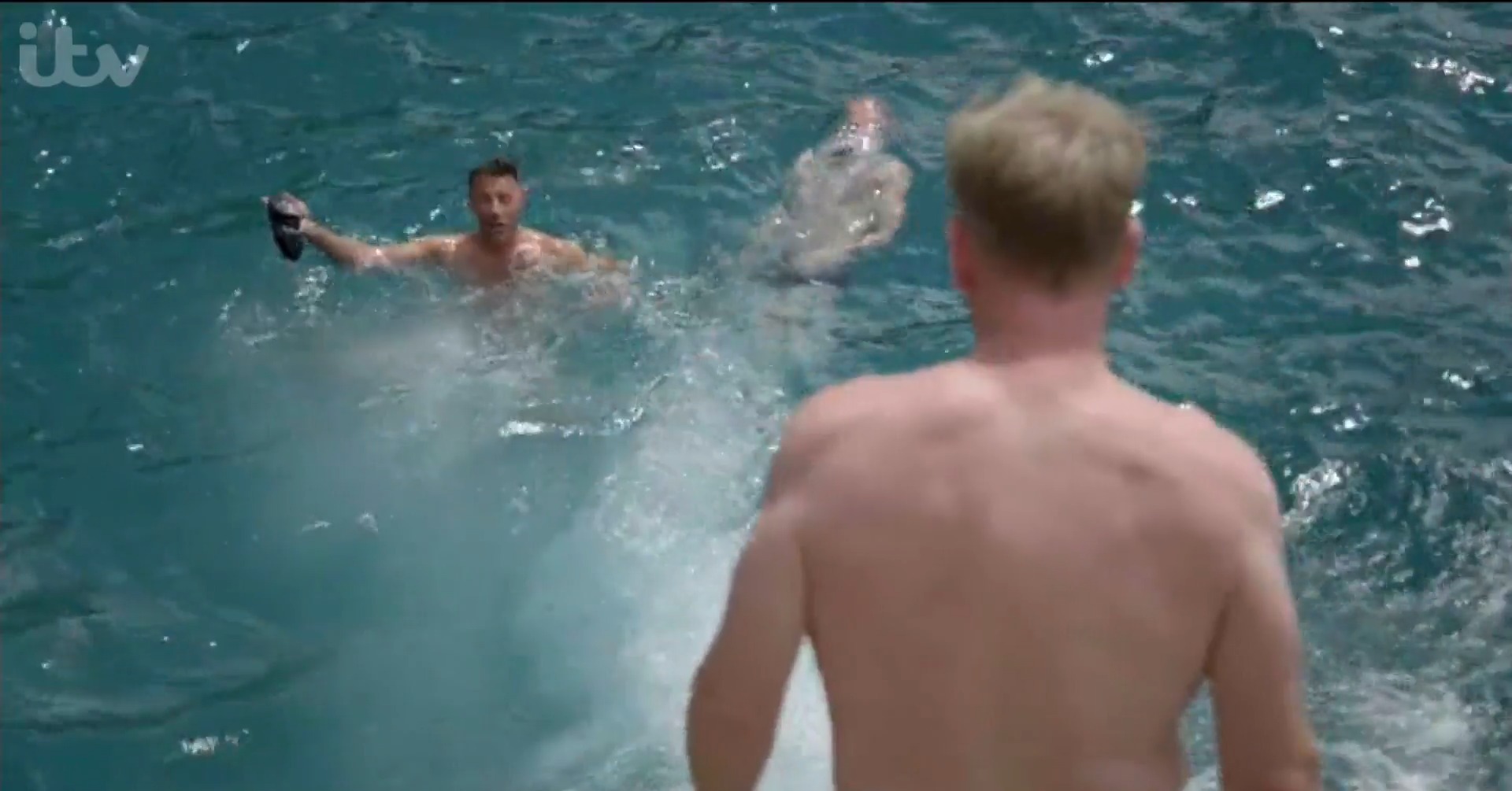 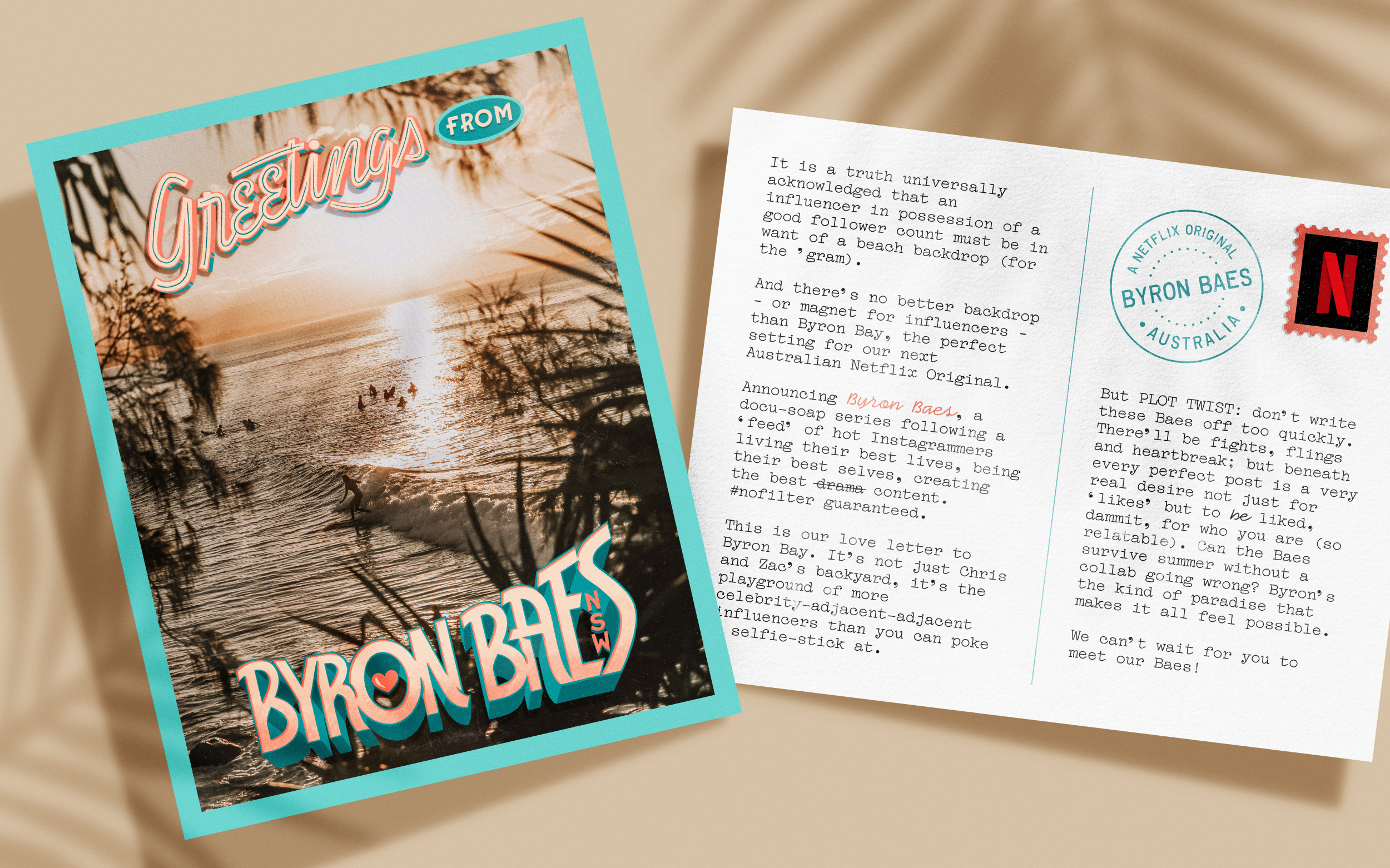