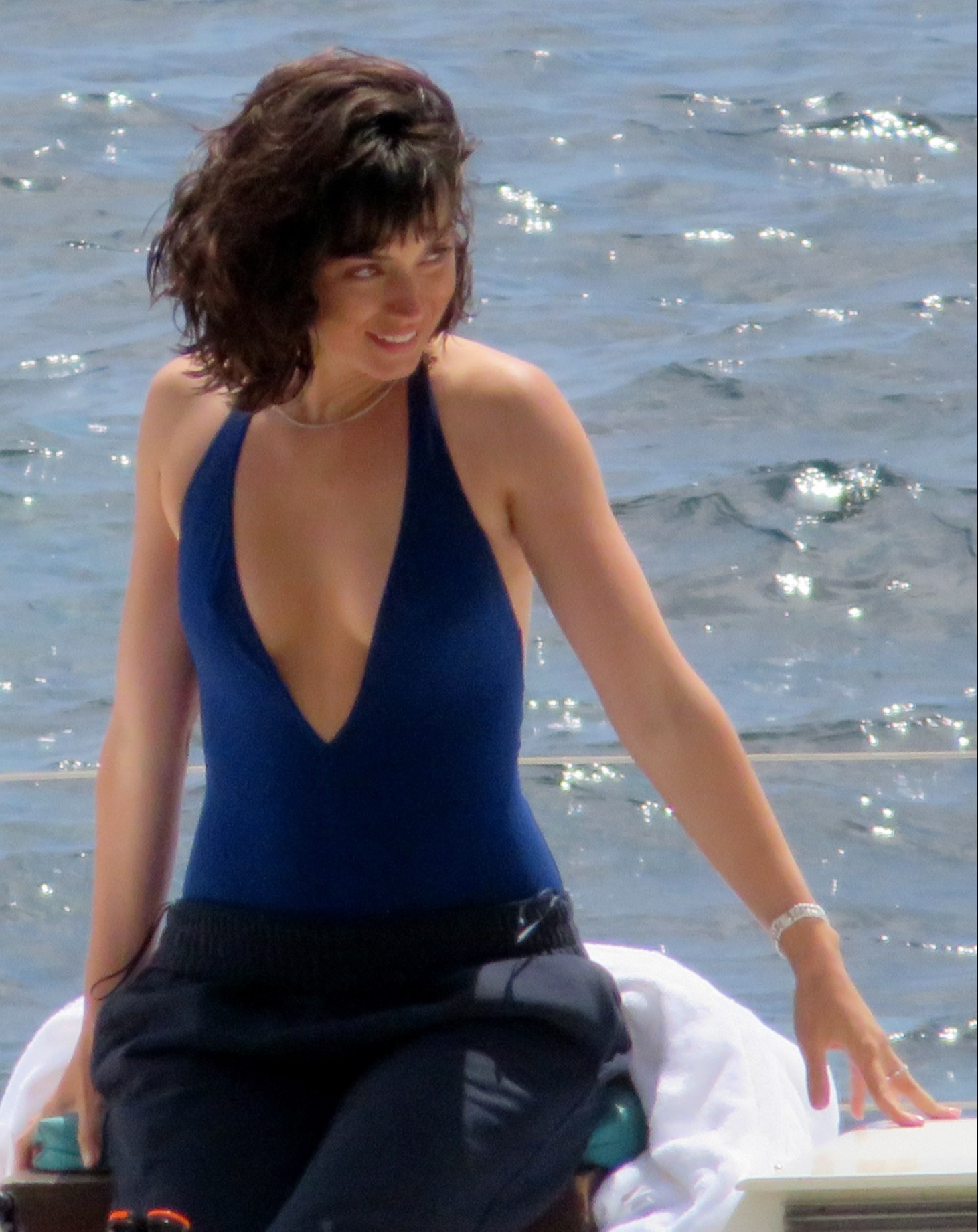 ANA de Armas is all smiles after splitting from Ben Affleck.

The Cuban-Spanish actress, 33, looked stunning in a plunging blue cossie and a sparkling diamond necklace while sporting a wavy, cropped hairdo while filming new flick The Gray Man.

JLo, 51, confirmed her split with fiancé Alex Rodriguez last month and quickly got cozy with the actor and film-maker, 48, and the two even spent time together at his house in Montana.

If ‘Bennifer’ is back on the cards, it could get awkward fast as Ana and Ben are set to reunite to promote their joint movie, Deep Water, ahead of its November release.