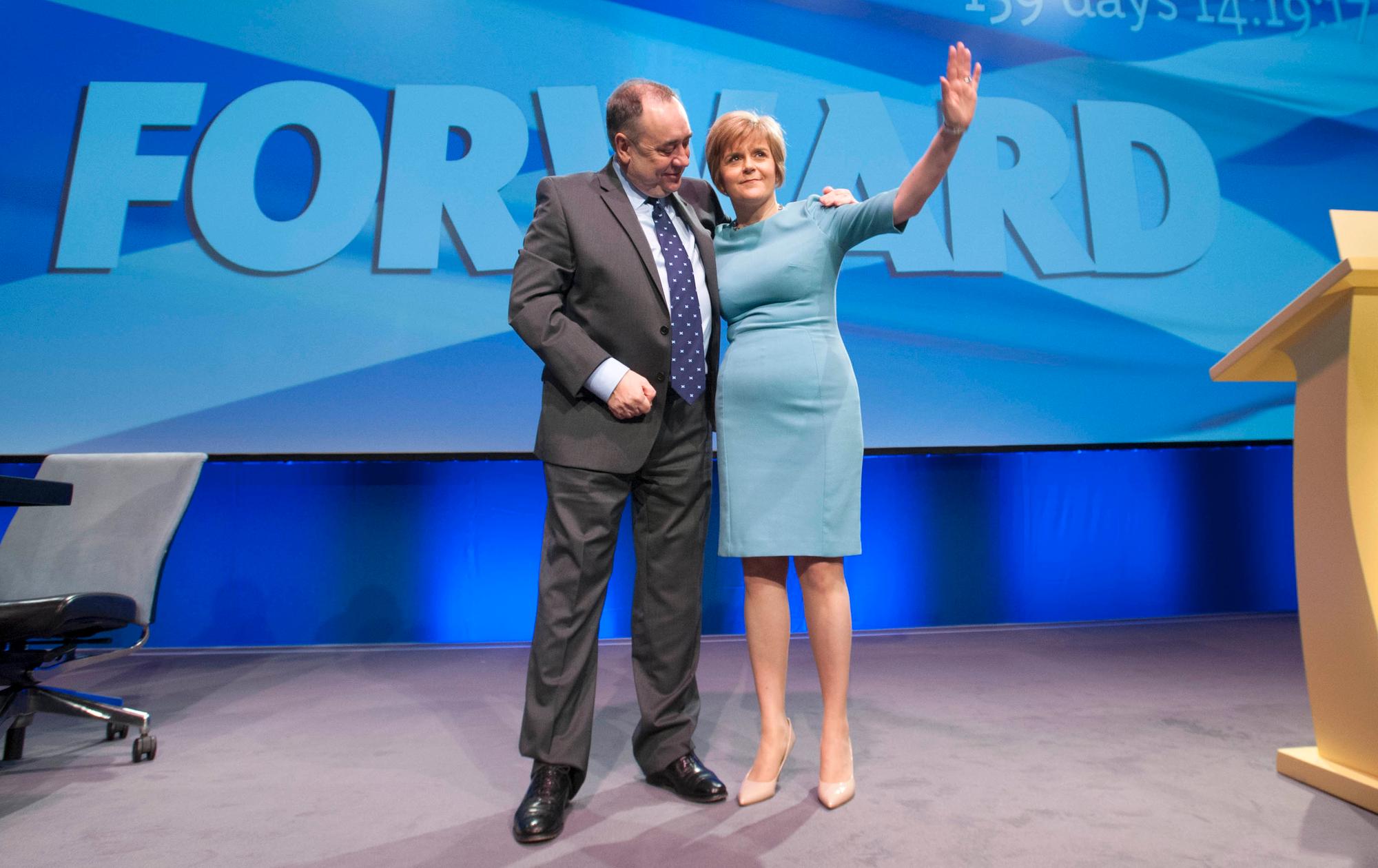 According to the New Yorker, Mr Salmond made the astounding claim as part of a profile piece on Ms Sturgeon.

The magazine interviewed both for an in-depth feature on their political relationship over decades, and raised the accusations against the former first minister about inappropriate behaviour with two civil servants.

Mr Salmond denied the allegations and the Scottish Government investigation into him was later ruled to be unlawful, which cost taxpayers upwards of £500,000 and sparked a Scottish Parliamentary inquiry, and an independent inquiry into whether Ms Sturgeon had broken the ministerial code.

Nicola Sturgeon and Alex Salmond’s relationship is more fractured than ever.

Scottish Election 2021: After Covid crisis, voters should be able to choose betw…

In the piece, Ms Sturgeon revealed the pressure she faced while the two investigations were ongoing.

“I think my political opponents – I don’t know, maybe Alex himself … there was an element of ‘we can break her,’ you know,” she told the New Yorker. “Almost kind of personally as well as politically. That was how it felt.

“And, you know, there were days when they might have come closer than they knew. But they didn’t.”

Asked in the same piece why he had tried to destroy his former ally, Mr Salmond reportedly laughed before adding. “If I wanted to destroy her, that could have been done.”

He added: “In this entire campaign I have not made a single personal attack on Nicola Sturgeon and I don’t intend to start now.

“Alba have been trying to bring forward the issues in a sensible way, particularly on the issue of independence.

“The New Yorker is totally taken out of context. I did not chuckle, as was said in that phone interview of many weeks ago. I think I guffawed at the suggestion [made by the journalist].”

He continued: “My habit of guffawing at prejudicial, pejorative questions is perhaps a bad habit of mine. It’s one that’s incidentally one shared by Nicola, so maybe it’s a bad habit she picked up from me.

“The point I was making was, far from trying to ‘destroy Nicola Sturgeon’… was at the parliamentary committee, despite being invited to call for Nicola’s resignation, I refused to do so.”

At the same briefing Mr Salmond said the biggest difficulty the Alba Party had faced as a new party in the campaign was not securing candidates and getting a manifesto written, but “breaking into broadcasting”.

He said he would exempt STV, Bauer Radio and Sky from complaints – despite not agreeing with the decision to exclude Alba from the STV leaders’ debate – as “these organisations have done their best to fairly reflect there’s a new political party with a distinctive point of view, that on seven opinion polls, is going to gain parliamentary seats, and have given us air time, but that’s not been the case with the BBC.”

He said the BBC had refused to send a camera to a photocall outside the Scottish Parliament with Alba women candidates despite the Edinburgh offices being nearby “but had sent a camera up Calton Hill to interview Willie Rennie.”

He added: “I was interviewed by Michael Crick of Mail Online with his camera crew in Edinburgh, and if he can do that then in my view it’s reasonable the BBC should make more effort in that direction.”

Pressed again on defining what a “super-majority” of pro-independence MSPs, which he has been campaigning for, would look like numerically, he refused to do so.

“The stronger the majority for independence, the stronger Scotland’s hand becomes with Westminster.”

He said he hadn’t put a two-thirds figure on it, which the Scotland Act classifies as a super-majority, which would be 86 MSPs.

“The more MSPs support independence, the more super the majority is,” he said and suggested polls had indicated there could be almost 80 pro-independence MSPs returned to Holyrood.

He added: “Eighty is not the limit, nor do we have an exact number.

“The more there is a super-majority, the stronger the Scottish Parliament’s influence in the independence negotiations will become, and the stronger Scotland’s hand becomes in seeing off Boris Johnson or whoever is there by the time we come to the negotiations.”

Mr Salmond was also asked about a report which had accused Iran of pushing disinformation on social media in order to influence the Scottish Parliament election.

Written by the right-leaning foreign affairs think-tank the Henry Jackson Society, it found that “Iran’s activities in cyber space are designed to attack the constitutional integrity of the United Kingdom”.

Mr Salmond said he had not seen convincing evidence of a “deep-seated” Iranian plot to promote pro-independence parties.

He said: “I think we’ve got a real issue with online warriors, let’s call them that, both in society and in politics.

“I think people should stop doing it.

“Obviously the companies concerned who hold the online platforms, they have to reconcile freedom of speech with civic responsibility, but it’s not an attractive feature of politics.”

He said “keyboard warriors” were an issue for all parties, adding: “No doubt adherents of all political parties can be guilty of this but it doesn’t reflect the best of politics.”

He said foreign attempts to interfere in politics, like those alleged in the report, have “little or no effect on the substance of politics, indeed could well be counterproductive”.

A message from the Editor:Thank you for reading this article. We’re more reliant on your support than ever as the shift in consumer habits brought about by Coronavirus impacts our advertisers.