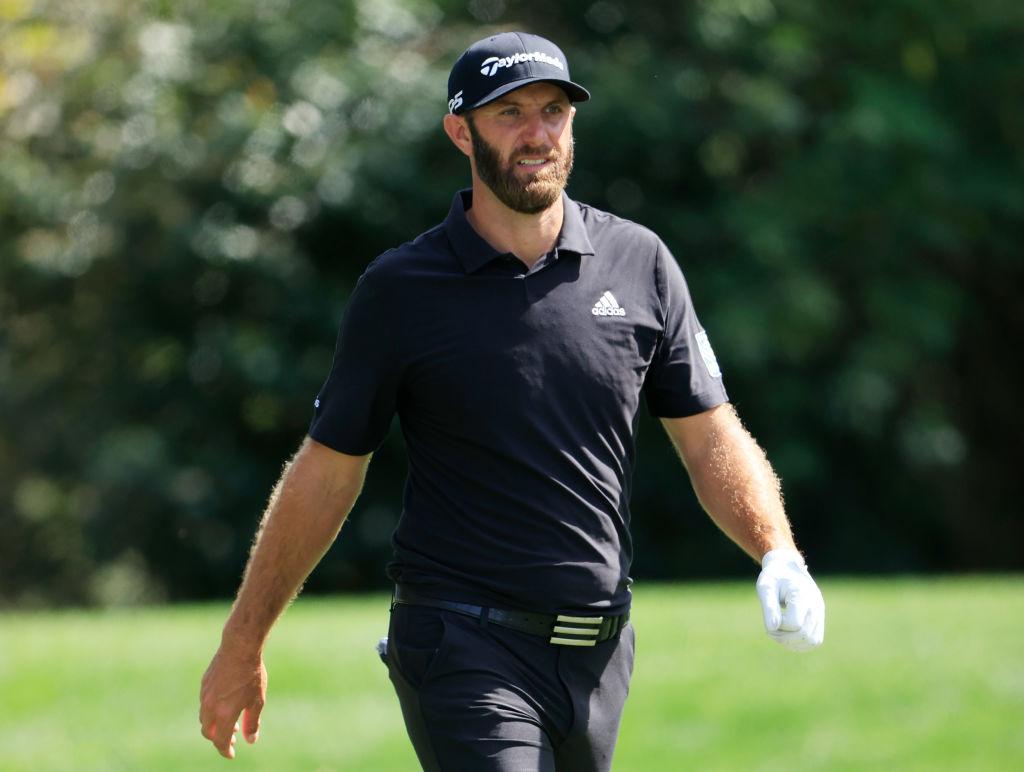 Dustin Johnson pictured during the third round of The Players Championship at TPC Sawgrass in March. Picture: Sam Greenwood/Getty Images.

According to the Daily Telegraph, Phil Mickelson, Brooks Koepka and Justin Rose have also been promised big-money carrots by Saudia Arabia investors to tee up on the breakaway circuit.

The report said the Premier Golf League, which is likely to force top players to choose between the PGA Tour/European Tour and the new circuit, is scheduled to begin in 2022.

On the back of the Daily Telegraph report, two agents who wished to remain anonymous confirmed to ESPN that the Premier Golf League is again courting players.

“It’s still alive, and players and agents are just listening to their pitch,” one agent told ESPN. “That’s about it at this point. Just a lot of listening.”

Opposition to the proposal has not deterred the Saudi Arabian backers from pushing ahead with the bid to shake up the sport.

“It is still in negotiation,” Majed Al Sorour, Golf Saudi’s CEO, told The Scotsman last September of the plan by which 48 elite players will compete in a Formula One-style team and individual format over 18 worldwide tournaments.

The group behind the ambitious project used the Saudi International last February to make their sales pitch to players including Phil Mickelson, the five-time major champion being impressed by what he heard.

The PGA Tour and European Tour both strongly opposed the concept, with Koepka and Rory McIlroy saying they had no interest in being involved in a breakaway circuit.

But it was reported last summer that the Premier Golf League was still on the table, formal letters having been submitted to a batch of top players.

“You will have resistance from different places,” added Al Sorour. “But I think it is a really great idea. It doesn’t have to be bad or good.

“It is something creative that we think is going to be the new world of golf eventually. We are still thinking it is the right way to go.”

According to the Daily Telegraph story, the Premier Golf League would offer the top players $30 million up front with a share of the teams they would be part of.