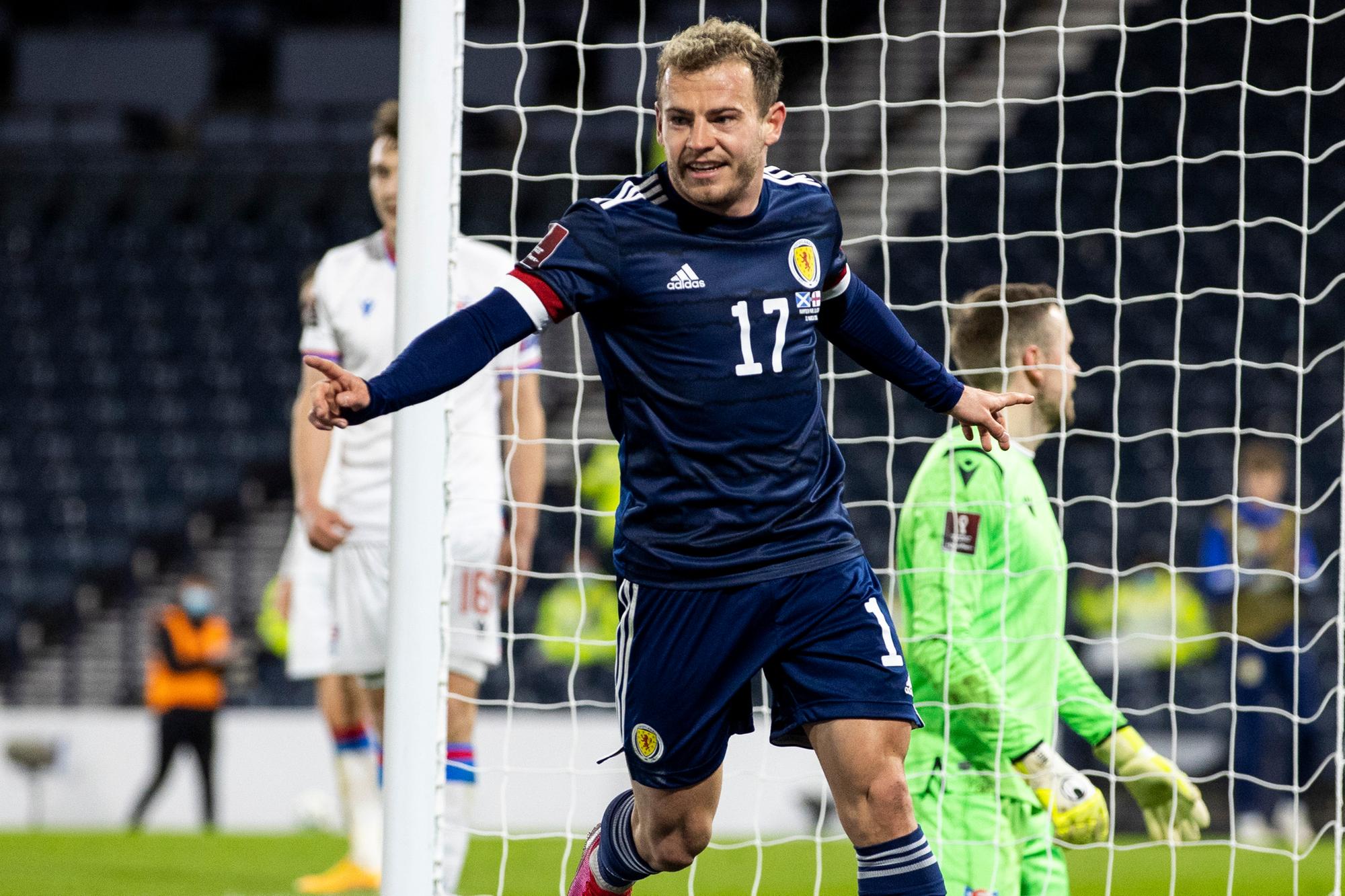 Ryan Fraser celebrates after scoring for Scotland in the win over Faroe Islands in March. (Photo by Craig Williamson / SNS Group)

Newcastle are preparing for their final two games of the Premier League season – home to Sheffield United on Wednesday evening before a trip to Fulham on Sunday – but Fraser is not expected to feature in either game after only just resuming training.

The 27-year-old has had an injury-interrupted season since joining the Magpies on a free transfer following his departure from Bournemouth last summer, and Bruce believes it would be a risk for Scotland boss Steve Clarke to include him in his 26-man Euros squad, which is named tomorrow ahead of warm-up matches against Luxembourg and the Netherlands in Portugal.

Bruce said: “It has been a difficult time for him. He does desperately need a pre-season. Pre-season is huge for him.

“Whether he’s going to be picked in the Scotland squad, I would think that would be a gamble too since he’s missed the last six, seven weeks playing no real football or training.

“With the problems Scotland have got and 26 players, I don’t know, but it’s certainly a gamble.”

Get a year of unlimited access to all The Scotsman’s sport coverage without the need for a full subscription. Expert analysis of the biggest games, exclusive interviews, live blogs, transfer news and 70 per cent fewer ads on Scotsman.com – all for less than £1 a week. Subscribe to us today