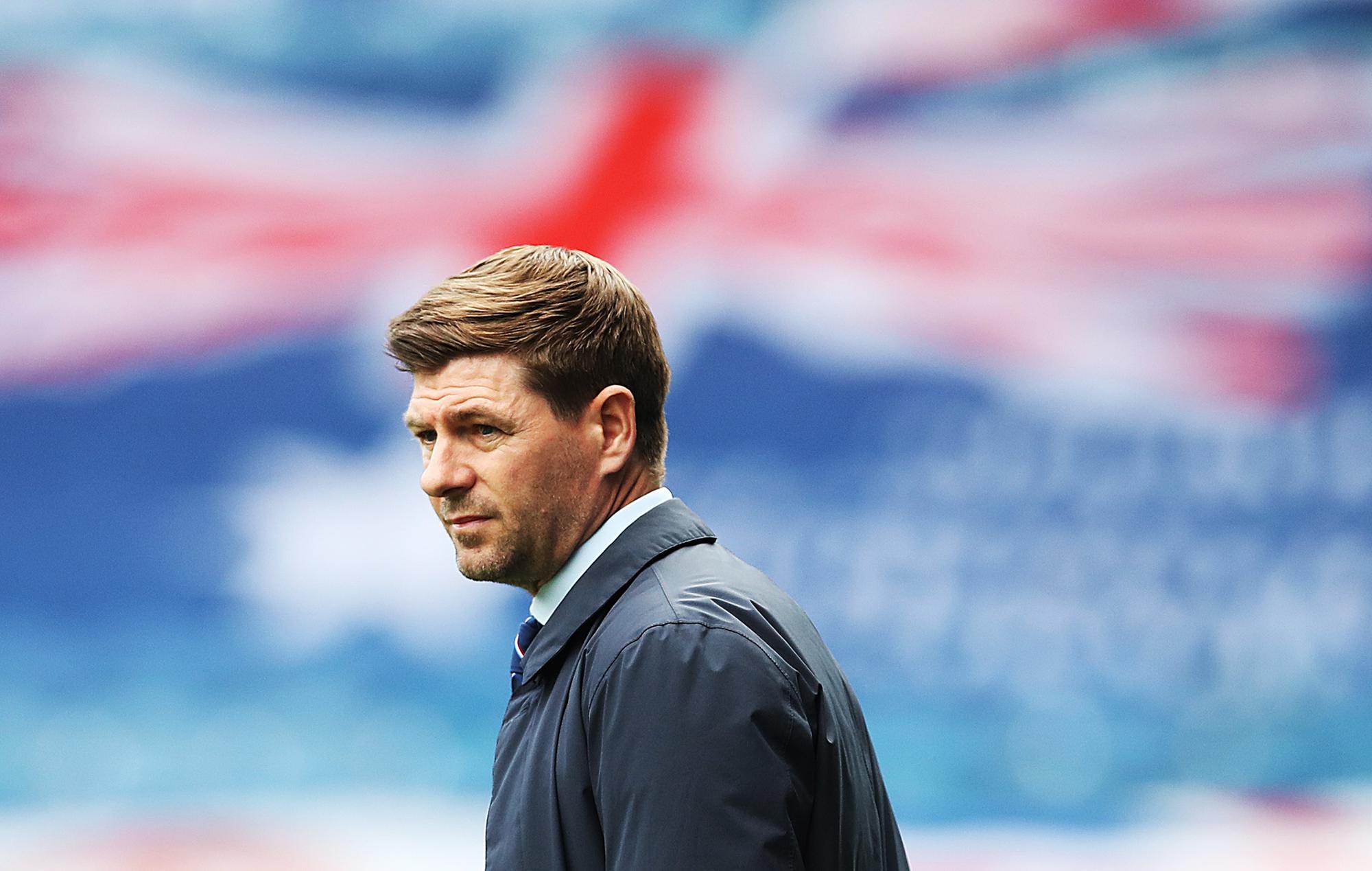 When the former Liverpool and England captain was unveiled to a jubilant welcome from around 8000 Rangers fans on May 4, 2018, perhaps even he underestimated the size of the challenge he faced.

Just six days earlier, Rangers had been crushed 5-0 at Parkhead by a rampant Celtic side wrapping up another league title on what then looked like their inevitable and unstoppable progress towards a record-breaking sequence of at least 10-in-a-row.

Fast forward three years and Gerrard, after some false dawns and low points in his first two seasons, has turned the tables by guiding Rangers to the Premiership crown this season in a ruthlessly consistent manner.

Kemar Roofe, pictured celebrating making it 3-1 against Celtic at Ibrox on Sunday, has enjoyed a productive first season at Rangers with 16 goals to his credit. (Photo by Ian MacNicol/Getty Images)

Sunday’s 4-1 defeat of Celtic at Ibrox, completing a first unbeaten top flight campaign in Old Firm matches for Rangers in 21 years, emphatically validated the superiority which has now been established over their great rivals.

While Rangers have clearly become a better coached and more tactically aware side under Gerrard and his backroom staff, he is the first to recognise that the key to transforming fortunes on the field has been recruitment.

Of that squad he initially took charge of when he officially started work in June 2018, only three survive – captain James Tavernier, midfielder Ryan Jack and striker Alfredo Morelos. The turnover in personnel has been dramatic. Backed by former chairman Dave King and his fellow investors at the club, 38 players have been signed on Gerrard’s watch so far.

Jermain Defoe scores his first Old Firm goal to make it 4-1 for Rangers against Celtic at Ibrox on Sunday. The veteran striker is out of contract this summer. (Photo by Ian MacNicol/Getty Images)

Like any manager, Gerrard hasn’t got everything right in the transfer market. But the hits have crucially outweighed the misses, allowing him to steadily put together the side which now leads the Premiership table by a whopping 23 points and is just two games away from completing an undefeated league campaign.

The contributions of players such as Ryan Kent, Kemar Roofe, Steven Davis and Joe Aribo to Sunday’s commanding victory over Celtic were testament to how shrewdly Rangers have recruited in key areas.

As his former club Liverpool have painfully discovered in the English Premier League this season, retaining a long-cherished title can prove much harder than winning it in the first place.

Rangers manager Steven Gerrard celebrates with Steven Davis at full-time at Ibrox on Sunday. The Northern Ireland midfielder has been a pivotal figure for the Premiership title winners this season. (Photo by Ian MacNicol/Getty Images)

Getting ready to repel Celtic fightback

It remains to be seen what kind of response will come from Celtic as they regroup and rebuild this summer. But Gerrard has already served notice that he has no intention of letting Rangers rest on their laurels when they go into a 2021-22 campaign which will reward the Premiership winners with direct entry to the group stage of the 2022-23 Champions League.

It will be intriguing to see which areas of his squad Gerrard targets for improvement when Rangers look for fresh faces this summer. On the face of it, there are no obvious glaring weaknesses in a team which has lost just three of the 54 games played in all competitions so far this season.

That could change, of course, if Rangers choose to cash in on one or more of their biggest assets or simply receive offers which are too good to refuse.

Left-back Borna Barisic already has plenty of admirers and his profile could be further enhanced if he shines for Croatia at the Euro 2020 finals. It’s a position where Calvin Bassey has yet to prove he could be an adequate replacement for Rangers and one which Gerrard’s scouting team will be looking at closely.

Glen Kamara is another who will be in the spotlight this summer when he and his Finland team-mates take part in their nation’s first ever major tournament finals. Rangers are still hopeful of agreeing an improved new contract with the midfielder, whose current deal runs until 2023, but are acutely aware the 25-year-old is being closely monitored by a host of clubs.

Assuming Ryan Jack makes a timely and successful return from injury, Rangers have good strength in the more defensive midfield positions with Northern Ireland captain Steven Davis having signed on for another year. But if Kamara were to move on, Gerrard would want a high quality replacement.

The same principle will apply in the forward areas of his team where transfer speculation will almost certainly focus on Kent and Morelos.

Leeds United, having failed with a bid for Kent last year, are believed to retain a strong interest in the former Liverpool winger whose outstanding industry and admirable inventiveness certainly mark him out as an ideal candidate for Marcelo Bielsa’s side.

The 24-year-old so often brings the X-factor to Rangers, especially in higher profile matches, and his loss would arguably be the most difficult to compensate for from Gerrard’s perspective.

The future of Morelos, meanwhile, has become a standard topic of debate for every transfer window. He remains Rangers’ most effective striker, albeit Roofe has enjoyed a fine first season at the club with 16 goals so far.

Keeping Morelos for at least another year would be a significant boost for Gerrard as he bids to guide Rangers through two qualifying rounds and into the Champions League group stage next season.

But even if the Colombian sticks around, Rangers may look to add another striker – especially if 38-year-old Jermain Defoe, out of contract next month, isn’t offered a new deal.

There is no need for a radical revamp at Rangers this summer. But like any effective maintenance job, some new parts will be required.