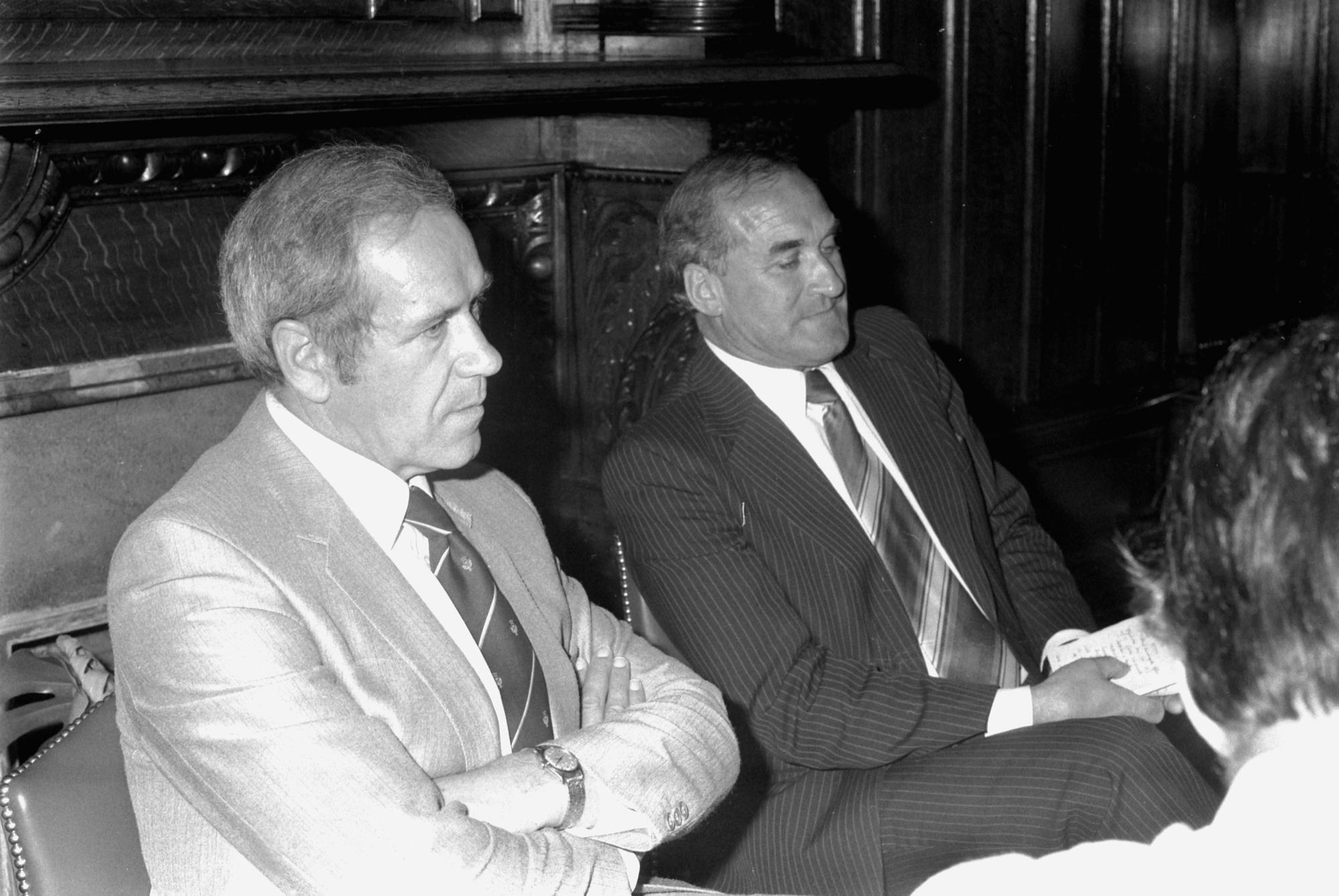 The detective who led a painstaking investigation into the abduction and murder of three young girls by evil Scots serial killer Robert Black has died at the age of 87.

Detectives believed the killer was linked to the murder of 11-year-old Susan Maxwell, from Cornhill-on-Tweed in northern England, who had left home in June 1982 to play tennis just across the border in Coldstream before she disappeared. Her raped and strangled body was later found 250 miles away by the side of the A518 road in Staffordshire.

The child killer struck again In 1986, abducting ten-year-old Sarah Harper after she went to a shop to buy bread near her home in Morley, Leeds. Her body was later found dumped in the River Trent near Nottingham a month later. She had been raped and murdered.

In 1990, police finally got their break when Robert Black, a delivery driver for a London-based poster company, was caught abducting a six-year-old girl in the village of Stow in the Borders.

It was extremely fortunate that a retired sub-postmaster, David Herkes, had been out mowing his lawn when he saw a little girl’s legs disappearing off the ground behind a van before the door banged shut and the vehicle was driven quickly away. Police were alerted and, chillingly, the officer who tracked down Black in his van discovered that the girl bound and gagged inside it was his own daughter.

There was no forensic or direct evidence linking Black to the murders but Hector, who had been assistant chief constable of Northumbria police before moving into the role of deputy chief constable for Lothian and Borders police in 1984, sensed this was their man and oversaw teams across five police forces amass a huge quantity of circumstantial evidence which eventually netted him.

Under Hector’s leadership, police trawled through about half a million petrol receipts, expenses and delivery schedules held by Black’s employer which placed him at or near the area of his three victims when they disappeared and where their bodies were found.

Tom Wood, former deputy chief constable of Lothian and Borders police who worked under Hector on the investigation, said his former boss died in a care home near Whitley Bay on Monday, April 5 following a recent battle with illness.

Mr Wood recalled: “What Hector Clark and his team did, painstakingly, was build a circumstantial case which proved compelling in court, but the complexity of that period is difficult to overstate as it’s very difficult to convict.

“It was like an enormous jigsaw puzzle but carefully picked through and assembled. When you think about a case like this it’s like a fine weave net of strands but together they paint this picture of this man’s movements. They put together an enormously complex circumstantial case.

“It really did take someone special to coordinate it all.”

Mr Wood said his former boss, who was a Newcastle Utd fan but later grew fond of Hearts when he moved to Edinburgh, was a hugely experienced detective who had supervised or investigated more than 70 murders at Northumbria police.

He also said Hector “pioneered” the use of new computer systems to effectively manage serious crime cases, and was mindful of the debacle which led to Yorkshire Ripper Peter Sutcliffe falling through the police’s net on several occasions before he was eventually convicted for murdering 13 women between 1975 and 1980. The Ripper incident room at Millgarth police station used a card index system which was overwhelmed with information and not property cross-referenced, leading to evidence against Sutcliffe getting lost.

Mr Wood continued: “Hector was incredibly persuasive and got partner police forces to contribute and come together.

“He had great leadership and took a personal approach. He never wrote a letter or made a phone call where he could meet a person face to face. He was very good at delegating and had confidence in people.

“Hector did an excellent job of managing that case through its dark times. There were long periods of time where there was no progress, and there was tremendous pressure.

“He was incredibly sharp witted. He was very good at observing, he was shrewd and was a good communicator and was made to be a detective. He was a natural.”

In 1994 Robert Black, originally from Grangemouth, was convicted of the murders of Susan, Caroline and Sarah and of attempting to abduct 15-year-old Teresa Thornhill in Nottingham in April 1988. He was jailed for life with a minimum of 35 years.

In Scotland, the Crown Office had declined to prosecute due to lack of evidence but the case was heard at the Old Moot Court Room in Newcastle, with Justice Sir William Macpherson presiding.

In 2011, Black was also convicted of the murder of nine-year-old Jennifer Cardy in 1981 in Country Antrim in Northern Ireland – his first known killing. The child had taken her bike to visit a friend when she was abducted. Her body was found six days later and she had been sexually assaulted and strangled.

Black had been living in London and working as a delivery driver and this gave him the opportunity to carry out his crimes. He criss-crossed the Scotland and England border and was regularly in Ireland – and at times his job also took him to Europe. His name has also been linked to four murders in France and five in Holland.

The vile predator had been serving 13 life sentences when he died in prison in 2016 at the age of 68.

Rumours that senior judges were being blackmailed because they were gay were ultimately found to be fanciful, and claims of corruption were rejected as the ravings of conspiracy theorists.

The initial police investigation into the claims was led by Detective Inspector Roger Orr, who also worked with Hector in the Robert Black case.

The detective’s final report was supposed to be for chief constable Sir William Sutherland – but it was stolen from the Police HQ at Fettes after an intruder managed to slip into the building through an open window in July 1992. This was dubbed the ‘Fettesgate scandal.’

The thief, it turned out, was a gay criminal and police informant called Derek Donaldson, who gave stories from the confidential report to national newspaper journalists. He was assured immunity from prosecution in return for handing back the files.

The report concluded there was evidence to support claims that justice was being seriously subverted by a “well-established circle of homosexuals” and listed five court cases where the outcome caused concern among officers and lawyers.

It had been prepared in response to a letter from former long-serving Linlithgow MP Tam Dalyell, who wrote to chief constable Sutherland to raise what he believed to be genuine public concern about a series of Crown Office decisions on cases investigated by the force.

Following the theft of the documents, the Crown Office later appointed a highly-regarded QC, William Nimmo Smith, and a regional procurator fiscal, James Friel, to investigate.

When Nimmo Smith’s report was finally published in January 1993, it dismissed the idea of a “magic circle” of gay lawyers.

The 101-page report concluded there was no evidence to support the idea of a conspiracy to undermine justice, but strongly criticised a number of police officers.

Some had been “prepared to give as much credence to rumour as to actual evidence and to believe in conspiracy theories whether or not supported by evidence”, it said.

Other officers, it suggested, had been motivated by homophobia.

Lothian and Borders police established formal links with a series of gay community groups for the first time in its history in the wake of the controversy.