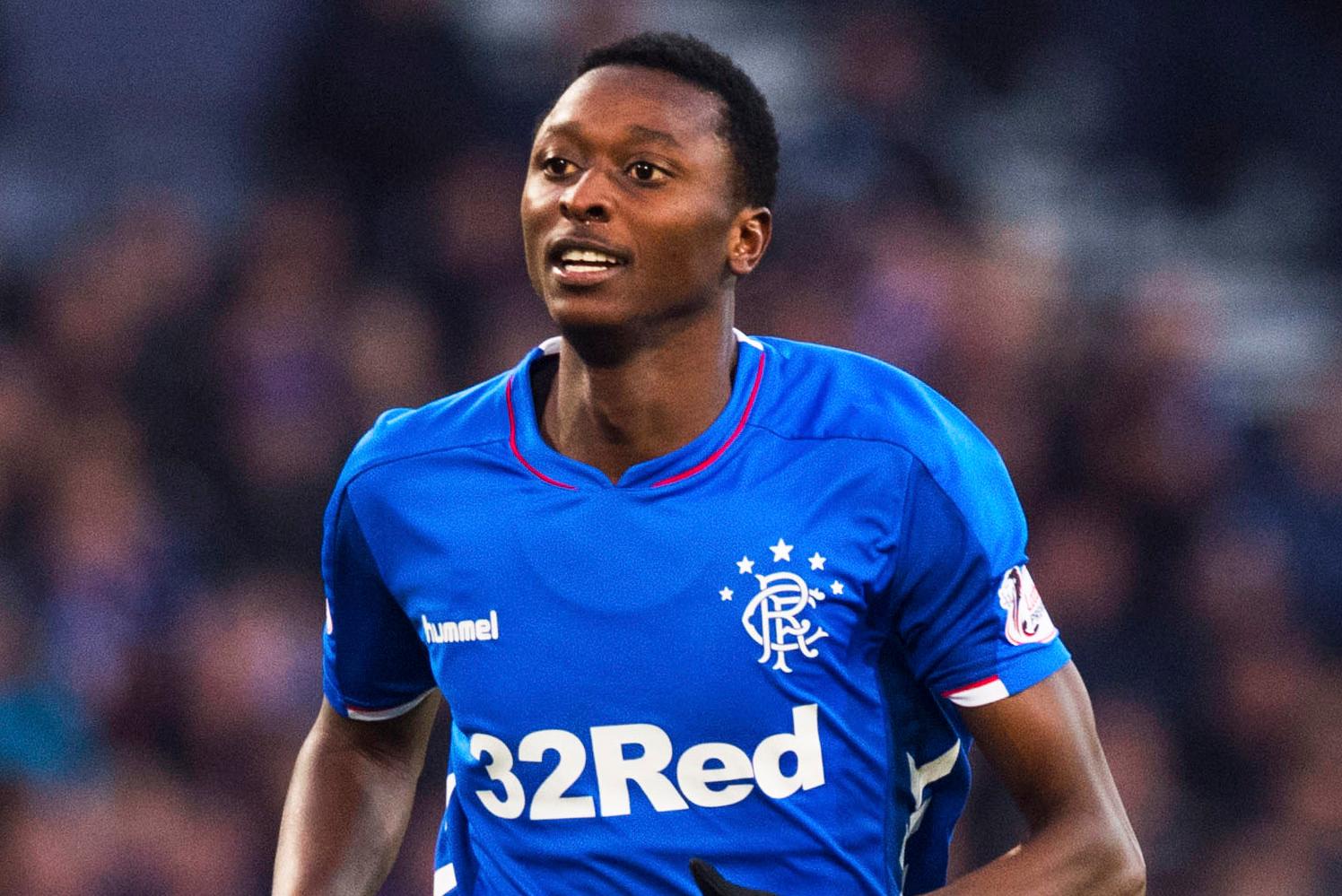 Bayern Munich are keeping tabs on former Rangers striker Umar Sadiq, according to reports in Spain.

Umar Sadiq pictured during his loan spell at Rangers

The 24-year-old, who played just four times for the Ibrox side during a forgettable loan spell from Roma, is currently with UD Almeria in the Spanish second tier.

Sadiq only joined the Andalusian club in October but has 15 goals and five assists from 29 games since joining on a five-year deal from Serbian side FK Partizan.

AS is reporting that there has been no offer for the Nigerian internationalist from the Germans and with the player’s release clause standing at €60 million rising to €80m if Almeria win promotion to La Liga, the Spaniards are happy to wait until the end of the season.

They could hold onto the striker for another season if they are promoted but otherwise could be prepared to entertain offers starting at €30m.

Sadiq’s fortunes have improved greatly since his ill-fated spell in Glasgow. A loan spell with Perugia yielded just three goals from 18 games but his initial stint with Partizan, also on loan, resulted in 17 goals in 39 games. He added six in 13 the following season before being snapped up by Almeria with 23 goals and 19 assists for the Belgrade club.

There are a number of teams reportedly keen on the forward. La Liga giants Sevilla are understood to be actively watching Sadiq and sporting director Monchi held preliminary talks with Almeria last summer.

With Moroccan striker Youssef En-Nesyri said to be nearing a move to England, there could well be transfer business between the two Andalusian clubs this summer if the situation suits both parties.

Thank you for reading this article. We’re more reliant on your support than ever as the shift in consumer habits brought about by Coronavirus impacts our advertisers.