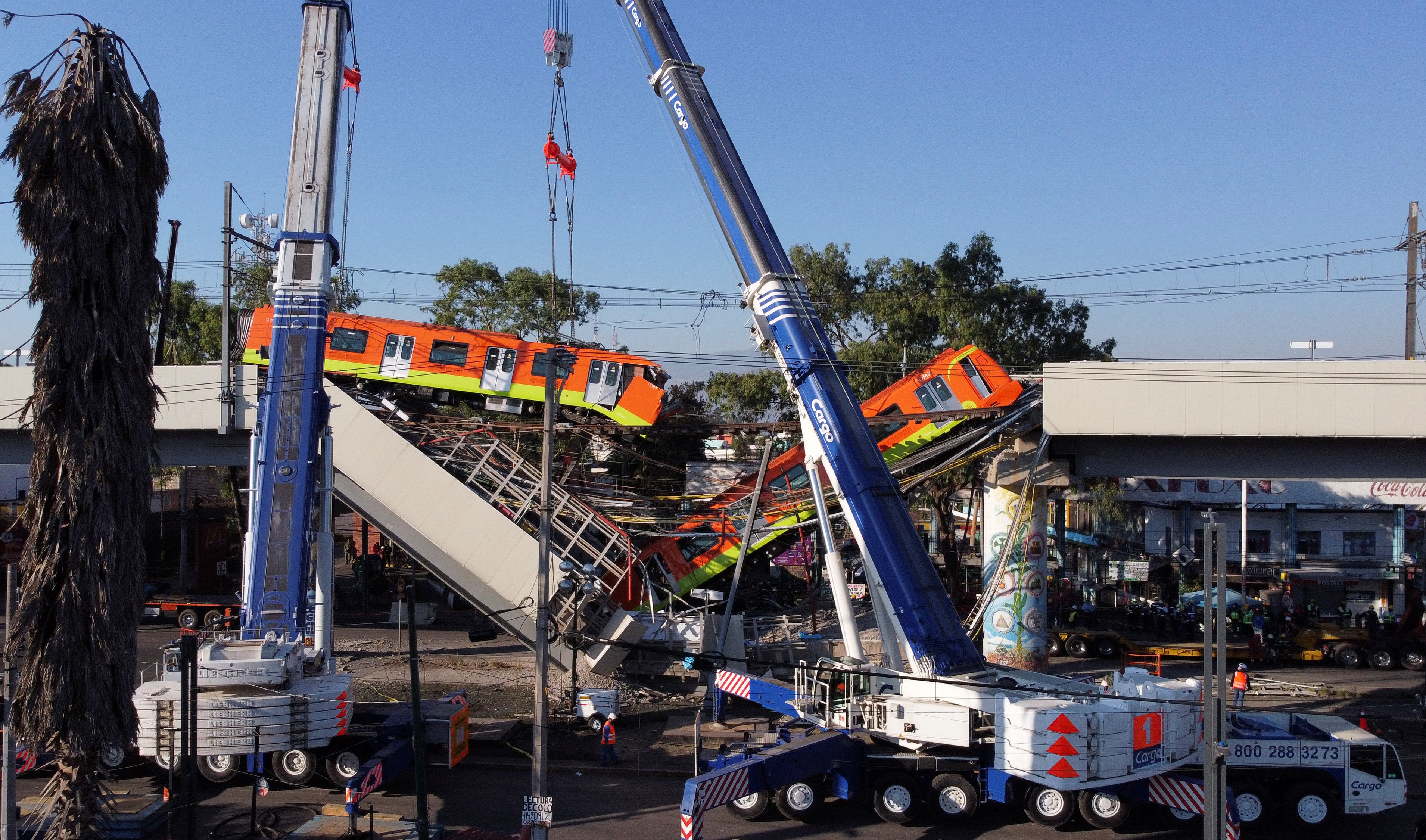 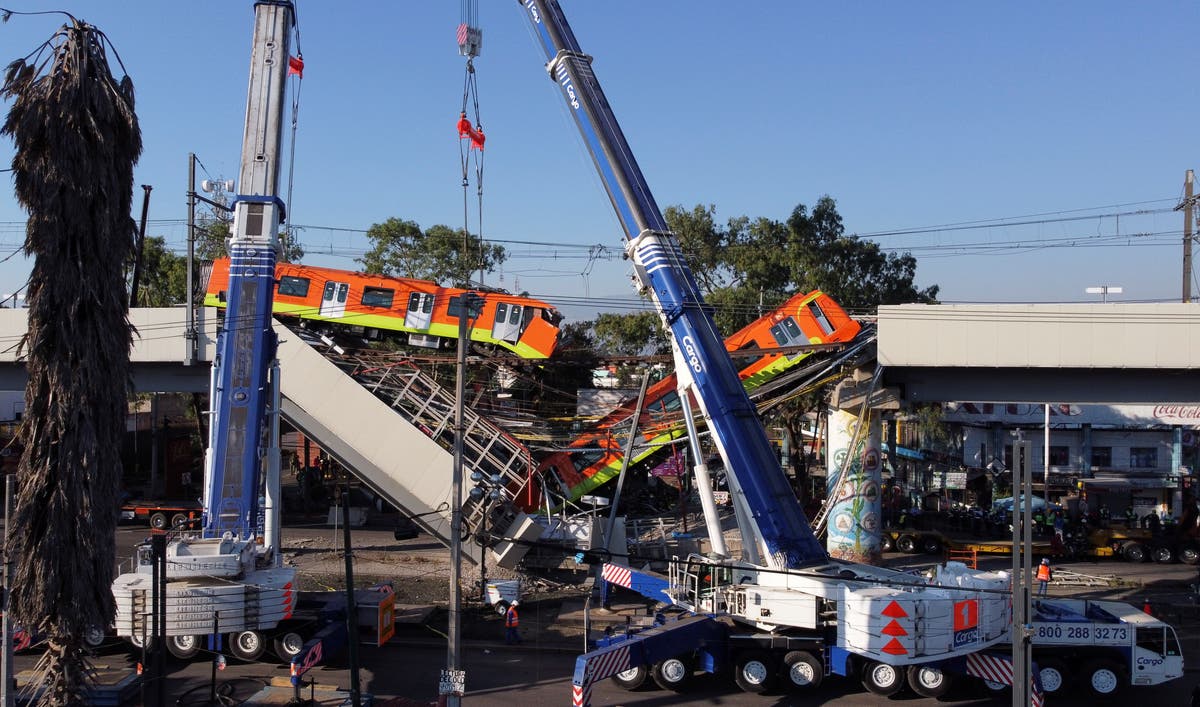 Hours after the collapse of the railway bridge, fire and rescue teams are combing the rubble, searching for survivors.

Harrowing footage shows the moment that the overpass in Mexico City gave way around 10.30pm local time on Monday, bringing the concrete bridge, as well as two Metro carriages down on traffic passing underneath, crushing the occupants of several vehicles.

Line 12, the line on which the disaster occurred, is the newest of the 14 lines that make up the Sistema Colectivo de Transporte, the transport heart of Mexico City, one of the world’s largest cities.

Opened in 2012, the line is still undergoing construction, with work not scheduled to finish until 2022. Despite this, it has now become the site of a horrendous tragedy, with more at least 23 dead and 70 injured, many seriously.

The Metro system transports over five million people per day, but questions will now be asked of the integrity of the system, which has been chronically underfunded for some time, and largely uses rolling stock from the 1970s, although trains on Line 12 are, for the most part, more modern designs built in the 21st century.

While details of the collapse are still emerging, Claudia Sheinbaum, the mayor of Mexico City, has laid the blame for the collapse on a supporting beam, which gave way exactly as a late-night Metro service was passing overhead.

The section where the crash occurred – near theOlivos station – was damaged in a 2017 earthquake, which left over 300 people dead, and caused billions of dollars of damage to the Mexican capital.

Mancera – who is currently serving a ban from all levels of Mexican politics after being convicted of breaching electoral laws – has been accused by some Mexican news agencies of misappropriating vast amounts of federal funds, allegedly including almost the entirety of the 2018 Metro operating budget.

Under Mancera, the Sistema Colectivo de Transporte also hiked fares on the service – from 3 to 5 pesos (19 pence), but little of this money appears to have been reinvested into the system.

Mancera was mayor during the aftermath of the 2017 earthquake, which measured 7.1 on the Richter scale and destroyed swathes of the city. During his tenure, 1,680 members of the local government were sanctioned for corruption, with many key figures being prosecuted for the misappropriation of reconstruction funds, including money earmarked for repairing damage to the Metro system and the complex series of overpasses.

Even under the stewardship of Mayor Sheinbaum, a decline in the maintenance budget has seen a major fire destroy the control centre for Lines 1, 2 and 3 in late March, leaving nearly a quarter of the city without Metro access for a number of weeks.

These funding issues have been exacerbated by the economic slowdown caused by Coronavirus.

Faulty maintenance works by inexperienced operators across many of the stations on the network also causes dozens of injuries a year, and Sistema de Transporte Colectivo director Florencia Serranía Soto has directly blamed the corruption of the Mancera administration for these issues.

Serranía herself is now under pressure to resign following the events that have led to the collapse, including from members of her own ruling party, Morena.

Sheinbaum has also alleged that much of the reconstruction work that took place after the earthquake was carried out by companies with little or no experience in construction, and contracts appear to have been awarded due to personal relationships with those in charge.

Notably, after Mexico’s devastating 1985 earthquake, which killed between 10,000 and 45,000 people, the metro system remained largely intact, and after undergoing minor repairs, was quickly returned to service, with few safety incidents until 2017.

Pressingly for residents of the city, these Metro overpasses are common in the Mexican capital, where two and three tier structures form the arteries of a crowded megacity, and traffic often remains gridlocked for hours every day. Had the collapse occurred a few hours earlier during the evening rush hour, the death toll could have been significantly higher.

While it is too early to say who, or what is to blame for the tragedy, it is clear that years of economic mismanagement, corruption and nepotism have played a role in the worst accident that the Metro network has seen in its 51 years of operation.