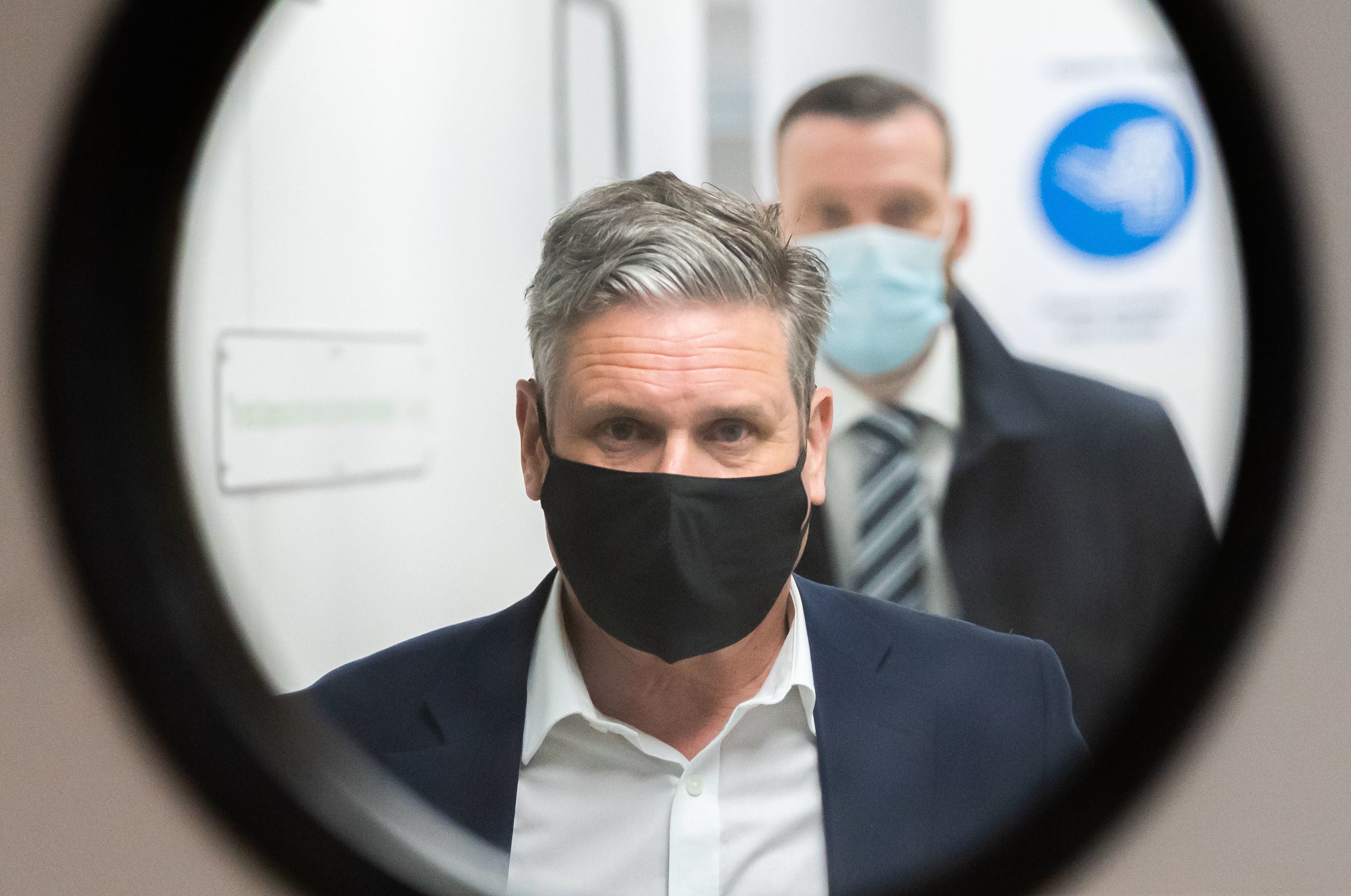 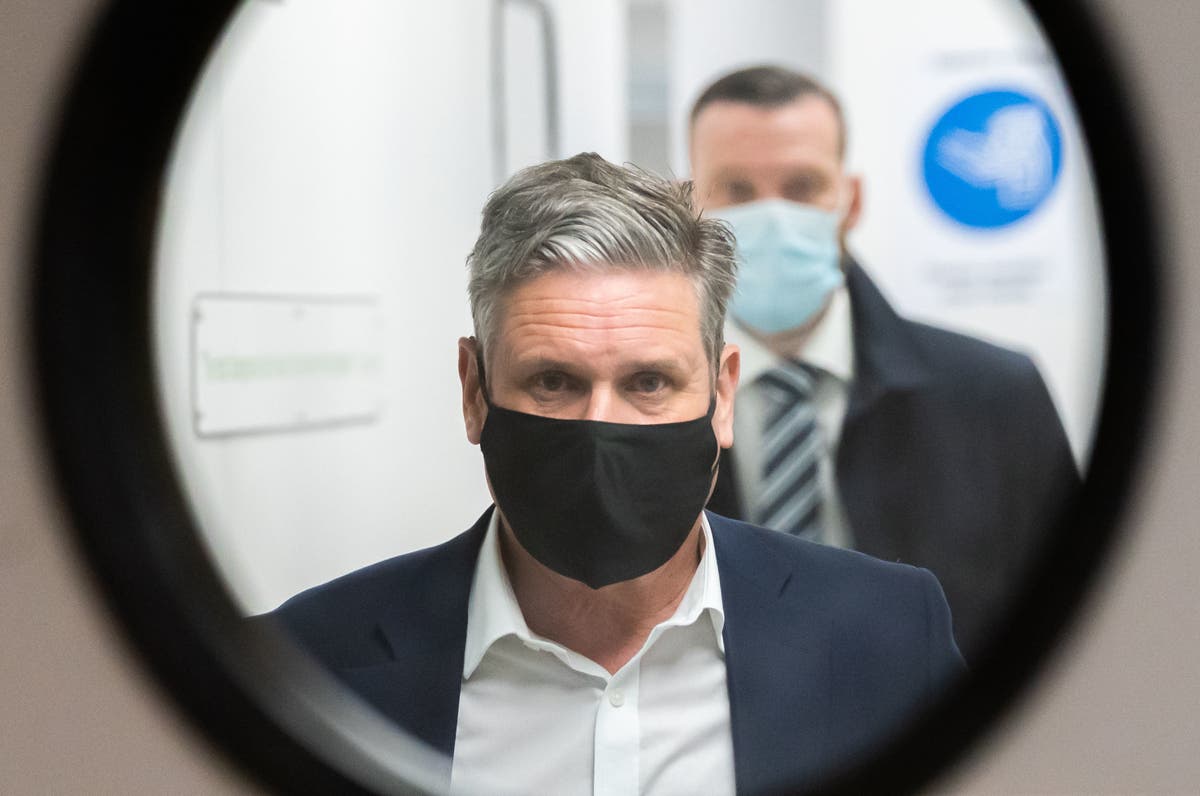 Labour feuding over Keir Starmer’s leadership is set to burst into the open if the party fails in three crucial electoral tests on Thursday, MPs have warned.

Party campaigners were horrified by polling suggesting Tories may have a lead of as much as 17 points in the Hartlepool by-election – in a town which has voted Labour since the 1960s – and be set comfortably to hang on to mayoralties in Tees Valley and West Midlands.

MPs on the left of the party told The Independent that defeat in the three votes would show that Starmer had failed to articulate a vision capable of attracting voters away from Boris Johnson, while alienating many Labour supporters in his efforts to distance himself from Jeremy Corbyn.

But centrists insisted that the legacy of Corbyn – as well as the hangover from Brexit – was still holding the party back in “Red Wall” areas where traditional working-class supporters regard the former leader as an extremist.

Party sources disputed reports that internal canvassing returns were suggesting that as few as 40 per cent of former Labour voters in Hartlepool plan to stick with the party on Thursday. One senior source said that the leadership was not aware of and did not recognise the findings, reported by The Guardian to have come from conversations with more than 10,000 people in the town.

But a bombshell Survation survey for ITV’s Good Morning Britain suggested Starmer was in deep trouble in the north-east coastal town, putting Tories on 50 per cent to Labour’s 33. And a separate poll by Opinium gave Tories a 57-37 lead over Labour for the West Midlands mayoralty and 63-37 in Tees Valley.

Sir Keir acknowledged the party has a “mountain to climb” to rebuild trust with voters.

“We lost very badly in December 2019, and my job is to rebuild trust, and confidence and reconnection with the Labour Party and that’s what I’m doing,” said the Labour leader, who has visited Hartlepool three times during the campaign.

But one former member of the Corbyn frontbench told The Independent: “If we don’t win all three of those on Thursday, that will be a disaster. It’s a pretty low bar to set. If we can’t clear it, then the plan clearly isn’t working.”

Backbench MPs speaking to The Independent on condition of anonymity grumbled that Starmer’s pitch to voters was based on the fact that he was not either Corbyn or Johnson, but said he had failed to set out a positive vision of what he was offering.

One said it had been difficult to persuade activists to campaign for a man who had suspended Corbyn from the parliamentary party, saying: “Letting Jeremy back in would be a start.”

But another former frontbencher said the problem was more deep-rooted, noting that Labour appeared to be making few inroads in Scotland despite Nicola Sturgeon fighting publicly with former mentor Alex Salmond.

“There is a major rethink needed about how we make Labour back into a national party,” said the ex-shadow minister. “It’s looking increasingly unlikely that Labour are going to be in a position to win back power within the kind of timescale we give our leaders.”

Brighton Kemptown MP Lloyd Russell-Moyle said: “We need to form a winning coalition. Jeremy managed to start doing that in 2017 but he lost it in 2019. The danger now is that we are building a coalition on one flank, but losing it on the other. We have to show people on the left and people thinking of voting Green that we share their values on things like nationalisation or trans rights or housing.”

Speaking either on or off the record, no MPs expected an immediate threat to Starmer’s position if results are bad on “Super Thursday”, which also sees elections to the Scottish and Welsh parliaments, London assembly, several mayoralties and almost 150 English councils.

“Where would a challenge come from?” asked one, while another said: “I don’t think the Labour Party have ever had the stomach for getting rid of leaders.”

But another said: “The general election is likely to be in 2023. No doubt Keir will say it’s too risky to change leaders with so little time to go. But others will think if we’re going to do anything, we’d have to give a new leader time to make an impression. If the results are as bad as the polls suggest, there will be rumblings.”

Former minister Ben Bradshaw said Starmer must be ready to see off gripes from the left, dismissing any suggestion they might imperil his leadership.

“The hard left, who have never been reconciled to Keir’s leadership, will continue to do their best to undermine it,” he said.

“But I think most people understand that the enormous damage that Corbyn and Corbynism did to Labour is going to take more than a year to recover from. ‘Keep calm and carry on’ would be my advice to colleagues.”

Another centrist MP said: “Keir has neutralised some of the negatives by showing that the party is under new management and he is not Jeremy Corbyn, but he has still got a way to go to turn that into something positive to persuade people to come out and vote for us.

“He is absolutely going in the right direction, but there is still a lot of work to do around demonstrating that we believe in Britain and believe in being able to stand on our own two feet and are a patriotic party.”

Growing Tory hopes of taking Hartlepool have been reflected in the prime minister’s decision to visit the town three times, while never venturing north of the border to join Scottish Conservatives’ campaign.

“I think the fact that Labour is facing such difficult circumstances in their heartlands goes to the issue of what the problem with the Labour Party is, which is they’ve lost sight of standing up for working people, of standing up for jobs and growth in Britain, and that’s what we’re campaigning on,” she told Times Radio.

“We’re running a positive campaign, but it would be a hard task to win a seat like Hartlepool which really has been Labour for generations.”