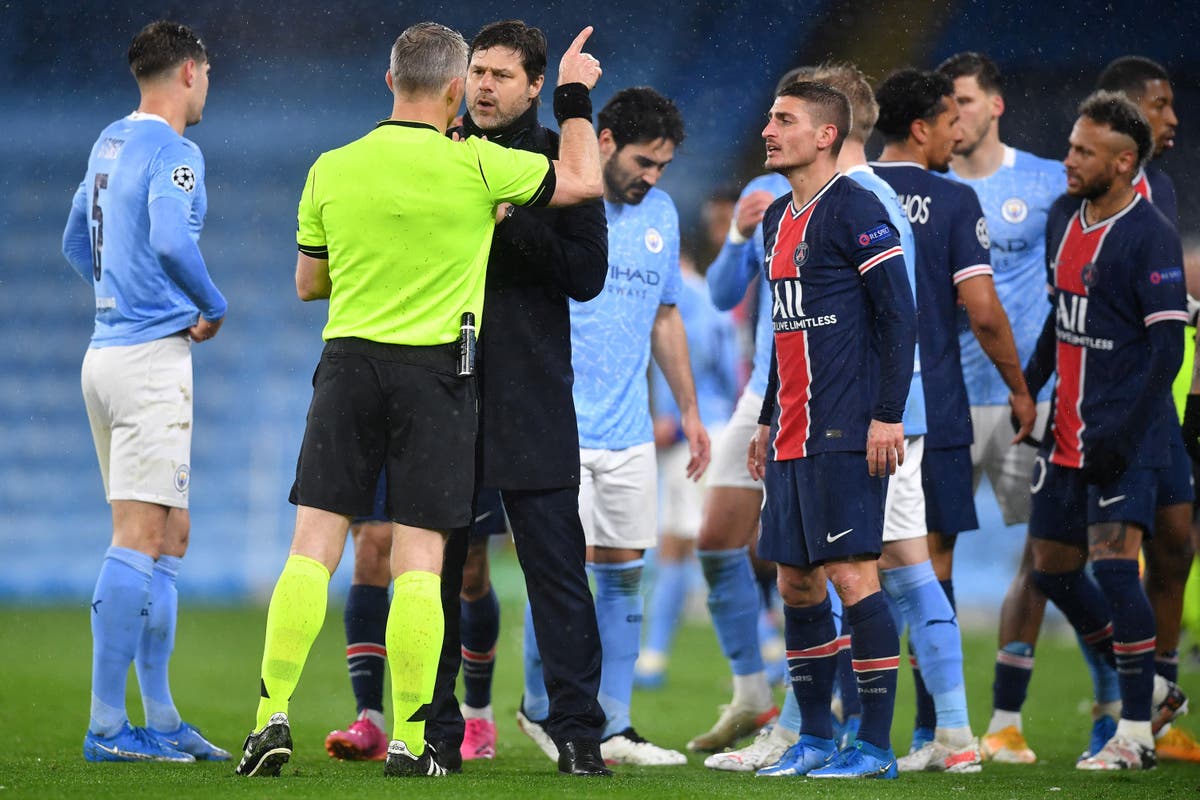 PSG midfielders Marco Verratti and Leonardo Paredes were told to f**k off by referee Bjorn Kuipers during their Champions League semi-final defeat to Manchester City, it has been alleged.

Kuipers showed a straight red card to Angel Di Maria as the French side lost their discipline on a heated night at the Etihad Stadium, as PSG’s Champions League hopes were ended by Pep Guardiola’s team.

Di Maria kicked out at City captain Fernandinho shortly after his side fell 2-0 behind, with a number of PSG’s players surrounding the Dutch referee following his decision and throughout the rest of the contest.

Speaking to French broadcaster RMC after the match, and according to reports in the French media, Verratti added: “The referee said to me f**k you. If we say that, we get banned for 10 matches.”

Team-mate Herrera said: “The referee tonight said f**k off to Leandro Paredes. If we say that we get a three or four match ban.”

Riyad Mahrez, who scored both goals for City on Tuesday in securing the 4-1 aggregate win, told BT Sport: ““They lost their heads. They started kicking us.”