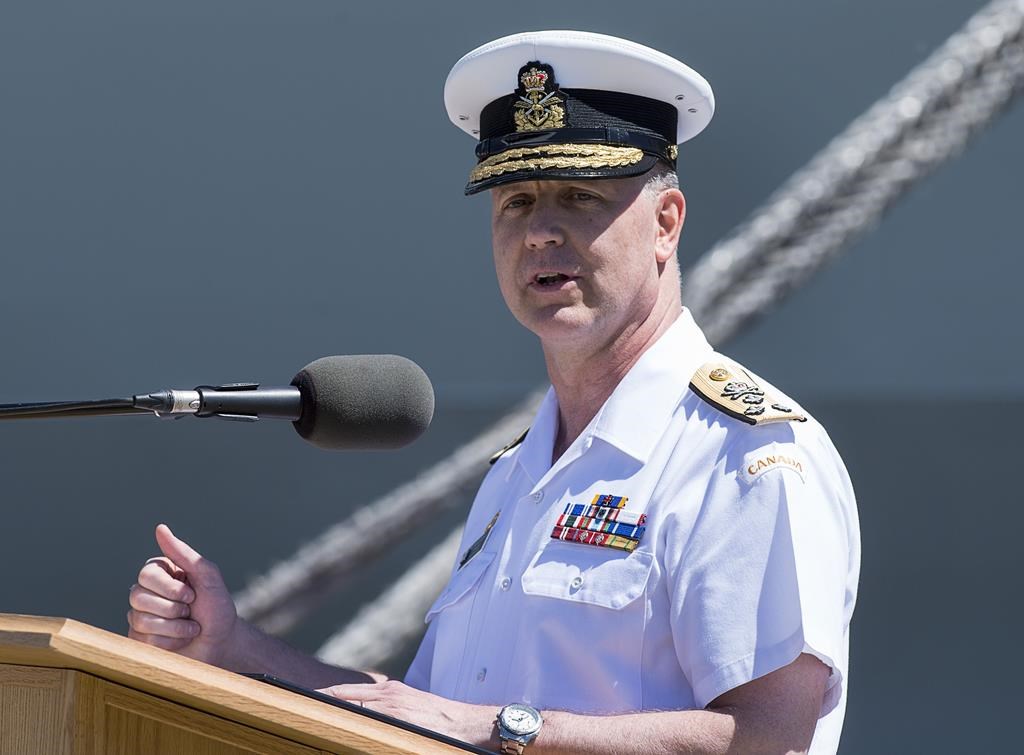 Both the current and former chiefs of the defence staff of the Canadian Armed Forces are being investigated for allegations of inappropriate behaviour, prompting a much deeper look into sexual misconduct in the military than efforts that had begun nearly six years earlier. “It’s very serious and unsettling to see the former chief, and now our newly selected chief, to see these allegations and investigations into their behaviours,” retired Lt.-Gen. Guy Thibault said in an interview, referring to Gen. Jonathan Vance and Adm. Art McDonald respectively. Thibault, a former vice chief of the defence staff himself, was Vance’s boss when some of the misconduct allegedly took place. “Beyond what the media has reported on, I don’t have any additional information,” 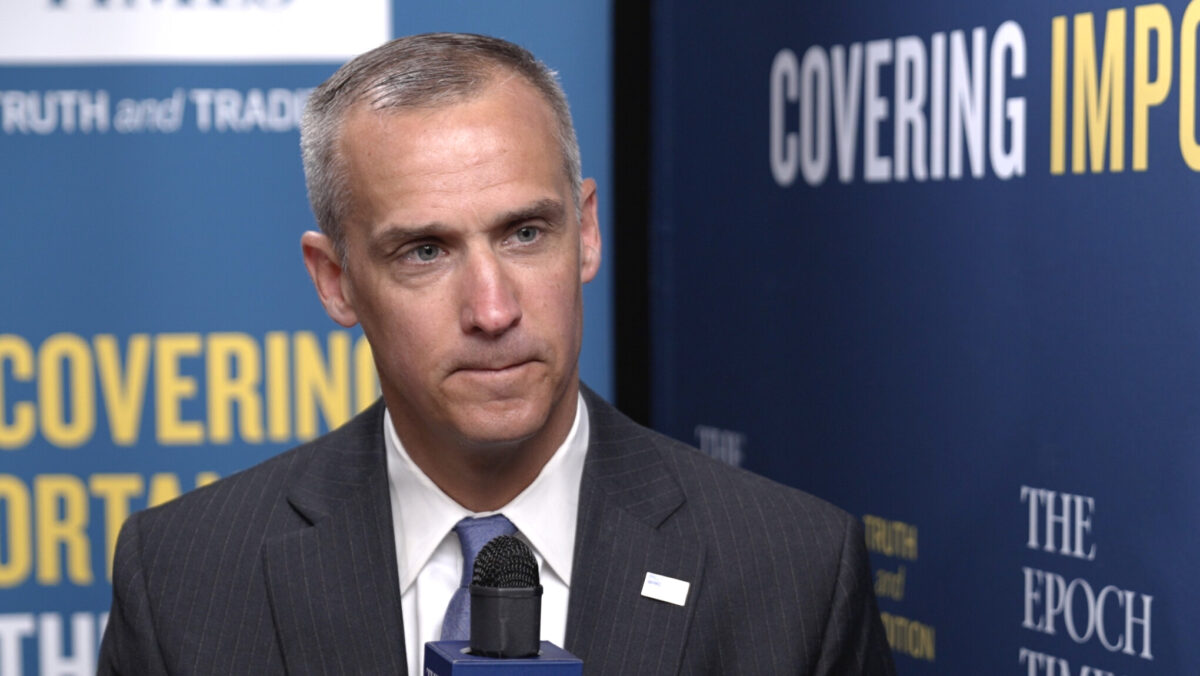 Former senior Trump adviser Corey Lewandowski believes it may not be a good idea for Lara Trump to run for the U.S. Senate because the system in Washington is broken. Lewandowski told The Epoch Times that although he’s sure Lara Trump would win if she ran for office, she could have more of an impact from outside the government. “My problem is, Washington is so fundamentally broken that I don’t know if it’s a good thing anymore,” Lewandowski said. “You go to Washington, D.C. and then Mitch McConnell or some other leader tells you what committee you get to sit on, how you have to vote, you got to do this, you got to do that,” he continued. “I think 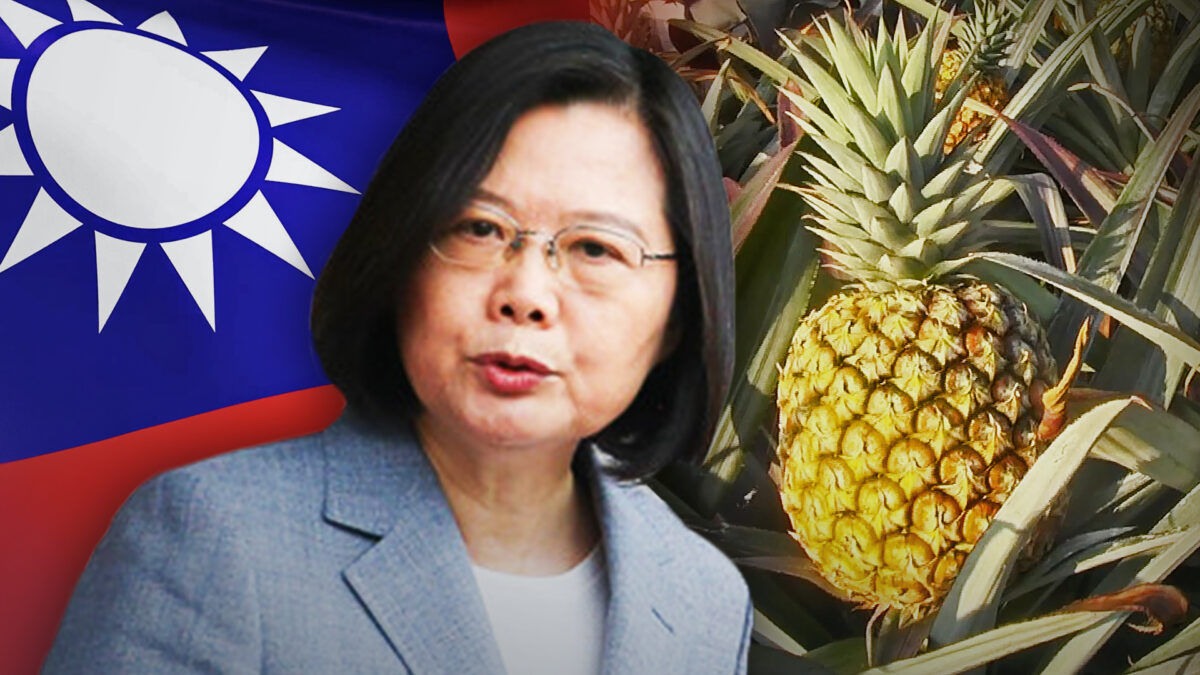 China unexpectedly announced on Friday that it was suspending the import of pineapples from Taiwan, reminiscent of the tariffs it imposed on Australian wines. Many netizens called for a freedom campaign to “pair Taiwanese pineapple cake with Australian wine” in support of the two democracies in Asia-Pacific region.

A Chinese social media influencer with millions of followers was recently arrested by Chinese authorities for questioning the Chinese soldiers’ death toll in the Sino-India border conflict in 2020. He was forced to make a “confession” on China’s state-run national TV. On Mar. 1, the Nanjing Procuratorate announced on its official social media WeChat account that it approved the arrest of Qiu Ziming, the owner of the account named “Spicy Pen small ball” on the Chinese social media Weibo, for “belittling and ridiculing the heroes and martyrs defending the border” and “causing a negative social impact.” Qiu was detained by local police on Feb. 20. Also on Mar. 1, the Supreme Procuratorate of China posted Qiu’s “confession” footage on its 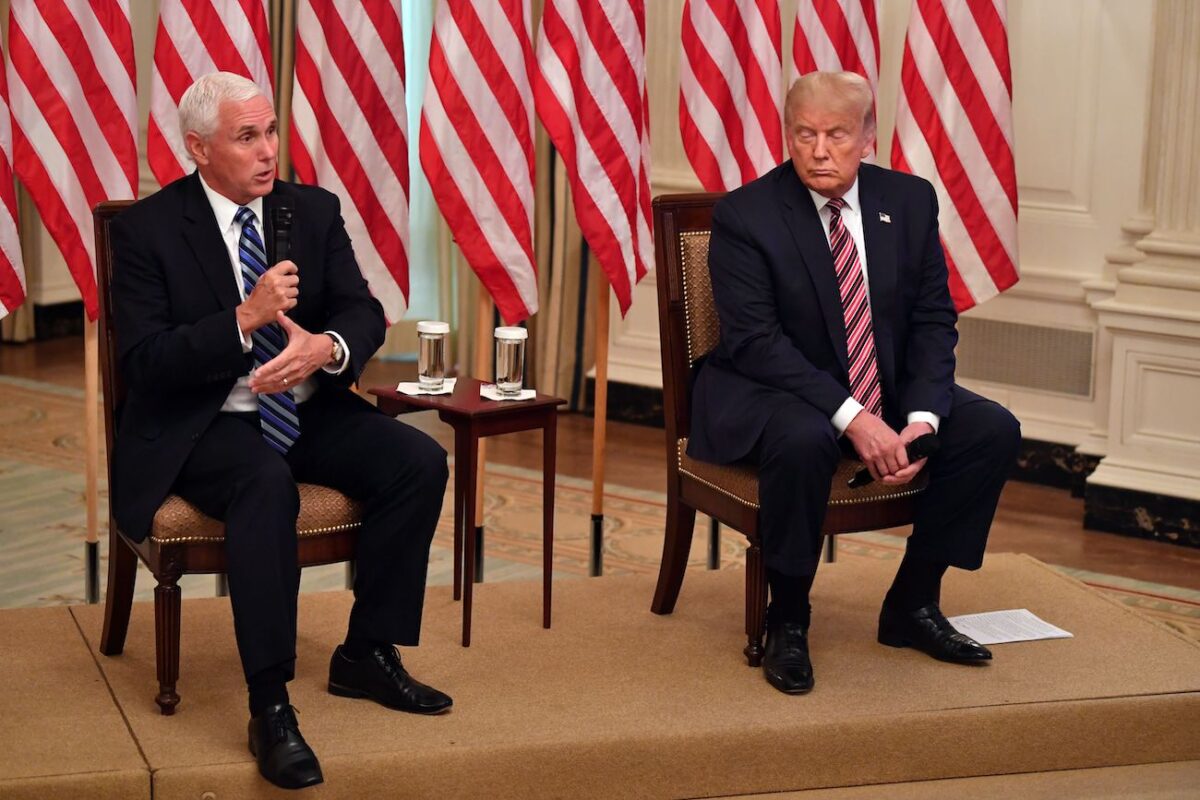 An adviser and spokesman for former President Donald Trump shot down a report citing anonymous sources claiming he is currently mulling a 2024 presidential bid without former Vice President Mike Pence. “This is fake news. No such conversations are happening,” Jason Miller wrote on Twitter, linking to a Bloomberg News report that cited anonymous sources claiming Trump wants to run without Pence and is speaking to advisers about the alleged move. Miller also told Bloomberg that Trump “hasn’t made any decisions regarding a potential 2024 run.” The Bloomberg article stated that Trump “privately” has “discussed alternatives to Pence as he takes stock of who he believes stood with him at the end of his term and who didn’t” and cited “two 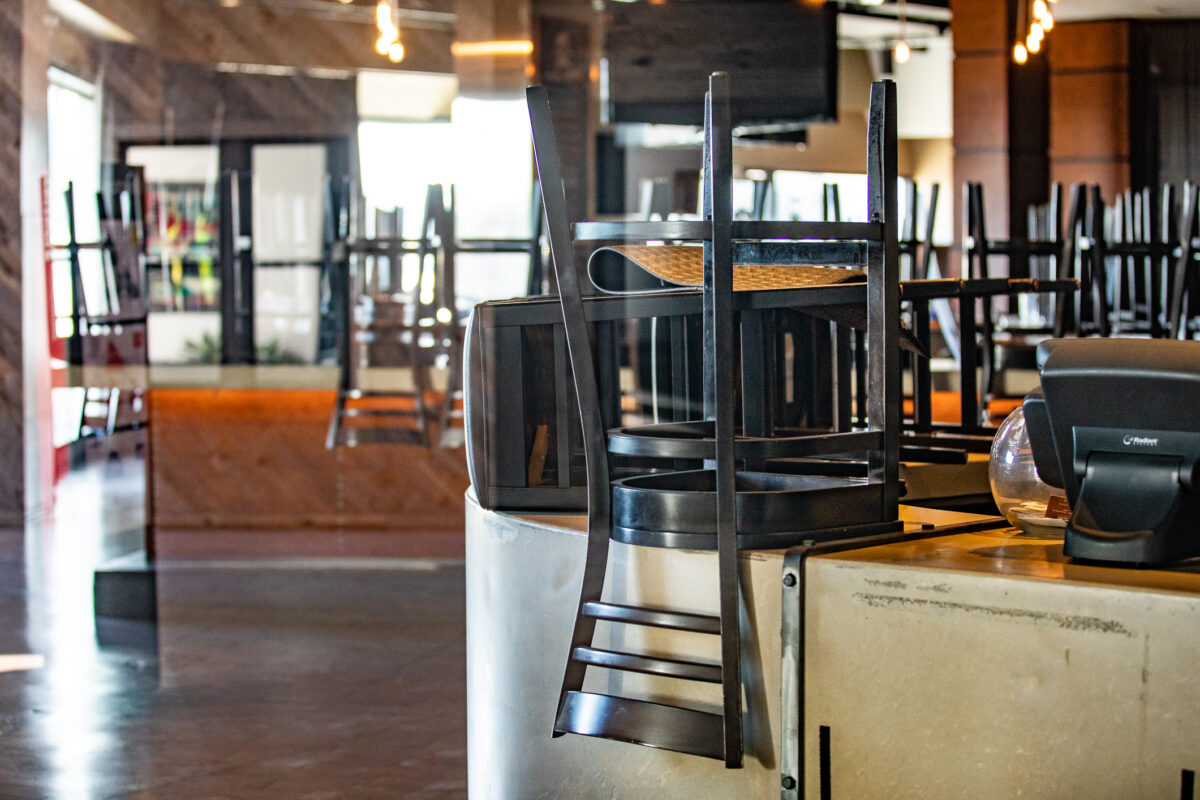 Indoor gyms and theaters will likely reopen in Orange County later this month, if the region’s COVID-19 metrics continue their downward trend. Right now, Orange County falls under the state-mandated purple tier, meaning some of its non-essential businesses, fitness facilities and theatres must remain closed. Restaurants can remain open to facilitate takeout orders, or serve outdoor patrons. To be promoted to the less-restrictive red tier, Orange County must have less than seven COVID-19 cases per 100,000, and a positivity rate of below eight percent. As of March 2, the county’s number was 7.6 cases per 100,000. That’s not the only way to reach the tier; Orange County can accelerate into the category if its health equity quartile is two tiers

ATHENS, Greece—Fearful of returning to their homes, thousands of people in central Greece were spending the night outdoors late Wednesday after a powerful earthquake, felt across the region, damaged homes and public buildings. The shallow, magnitude-6.0 quake struck near the central city of Larissa. One man was hurt by falling debris but no serious injuries were reported. Officials reported structural damage, mainly to old houses and buildings that saw walls collapse or crack. One of them was a primary school, stone-built in 1938, in the quake-hit village of Damasi where 63 students were attending classes. Damage is seen on the building of a primary school after an earthquake in Damasi village, central Greece, on March 3, 2021. (Vaggelis Kousioras/AP Photo)

President Joe Biden on March 3 alleged the governors of Texas and Mississippi made a mistake by loosening COVID-19-related restrictions such as mask mandates the day prior. “I think it’s a big mistake,” Biden told reporters in the White House’s Oval Office in Washington. Biden said that masks make a difference during the COVID-19 pandemic. He also said that the nation is making progress with vaccines, but “the last thing we need is Neanderthal thinking that in the meantime, everything’s fine, take off your mask and forget it.” As he’s done multiple times recently, Biden referenced a card that he carries with him that has the number of Americans whose deaths have involved COVID-19, the disease caused by the CCP (Chinese Communist 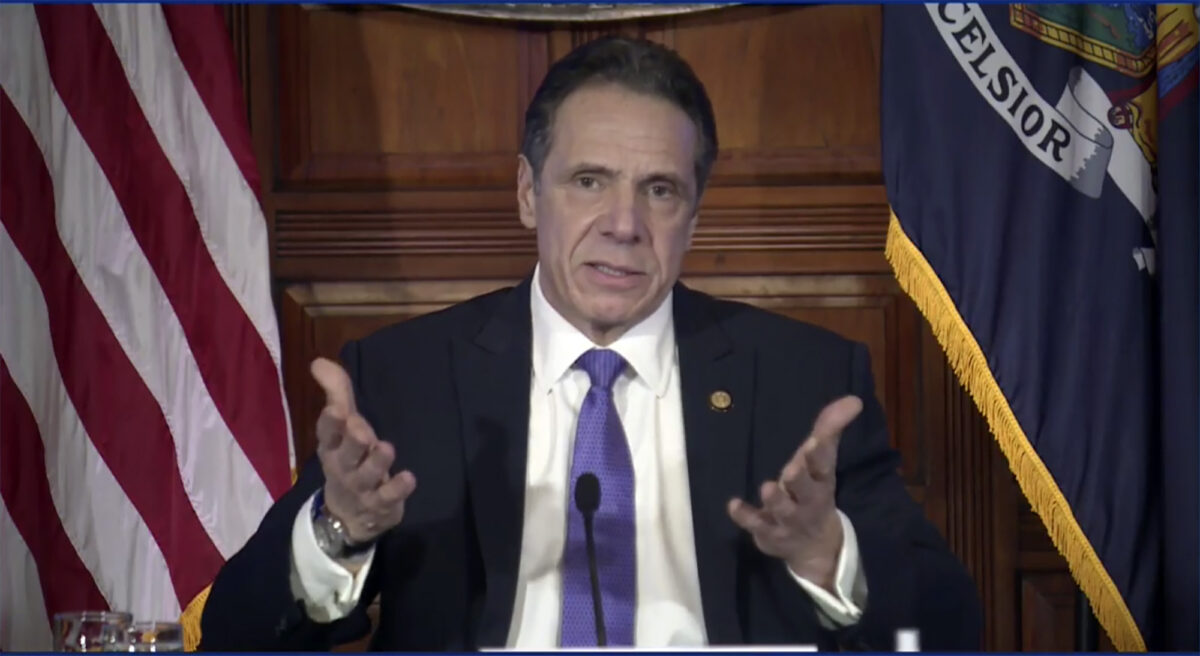 Commentary Now that a third woman has stepped forward to accuse New York Governor Andrew Cuomo of sexual harassment, the man once thought to be presidential material is fighting for his political life. The sexual harassment allegations follow the New York State Attorney General’s report showing that the governor’s office under-reported COVID-19 deaths at New York nursing homes where infected COVID patients were sent, under Cuomo’s directions. With Democratic officials joining the growing chorus demanding that Cuomo leave the governor’s mansion, every day seems to bring more bad news. How did the 63-year-old politician’s star fade so fast? His briefings on his state’s handling of the coronavirus earned him an Emmy Award, and his book, “American Leadership,” about his epic

Secretary of State Antony Blinken on Wednesday outlined how President Joe Biden’s administration will approach the foreign policy arena, including shifting the United States back into international agreements after the previous administration stressed strong nationalism. During a speech from the State Department, the Biden appointee said the Democrat-led government will “renew America’s strength to meet the challenges and seize the opportunities of our time” by cooperating with other nations in combating the COVID-19 pandemic, especially on vaccinating people and hammering out deals like the one reached with Iran under the Obama administration. “American leadership and engagement matter. We’re hearing this now from our friends. They’re glad we’re back. Whether we like it or not, the world does not organize itself. 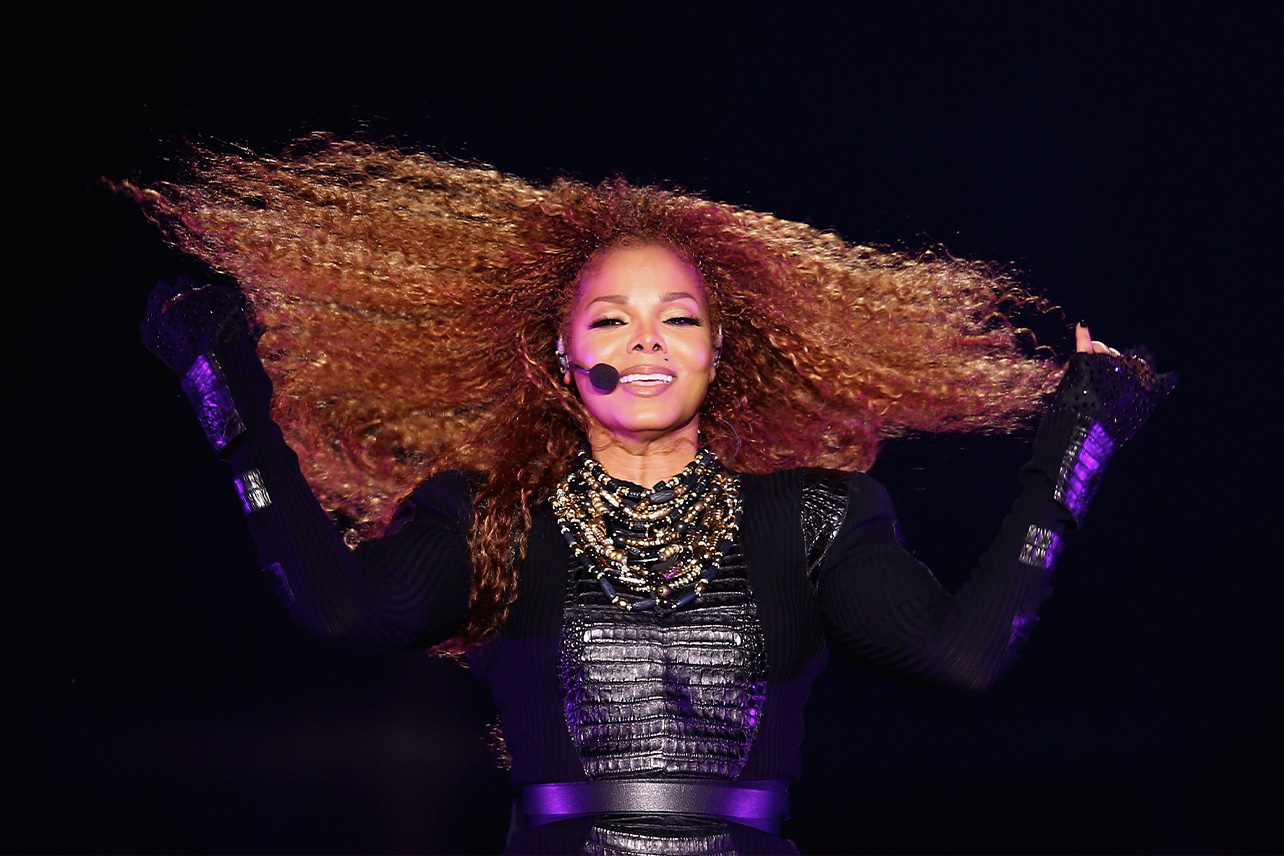 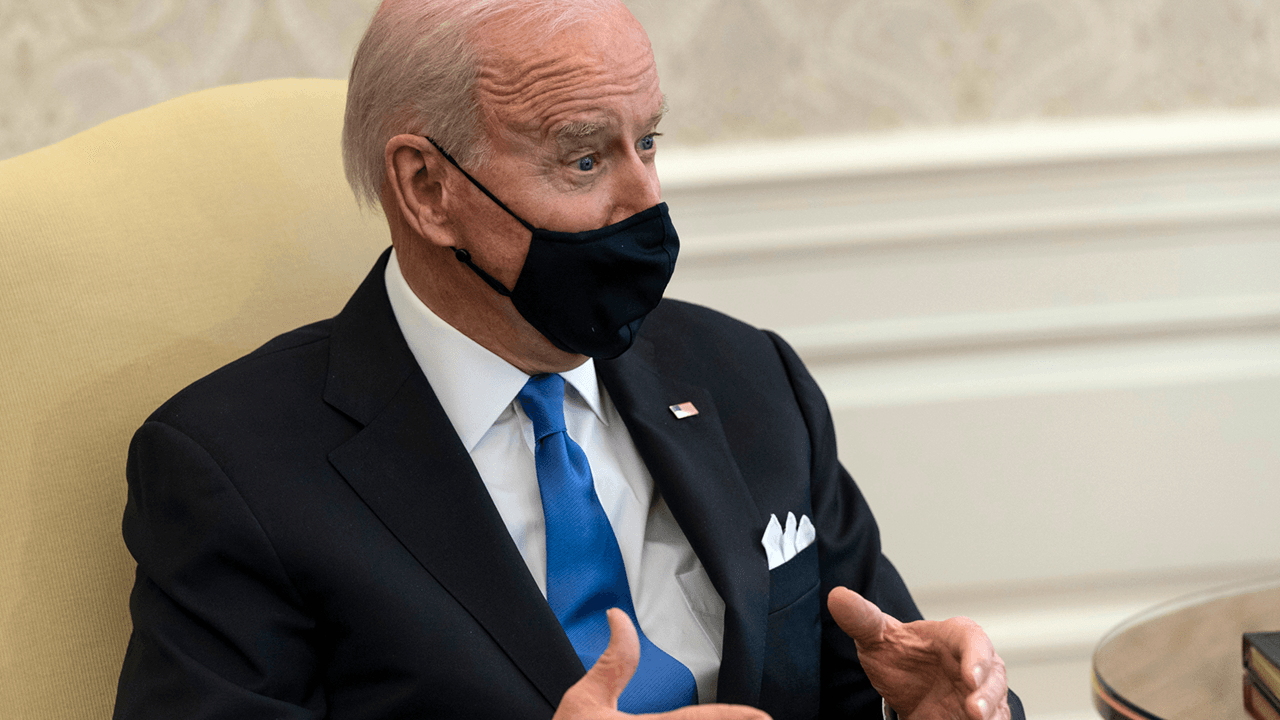 ‘Fake news’: Adviser to Trump denies report he is considering 2024 run without Pence 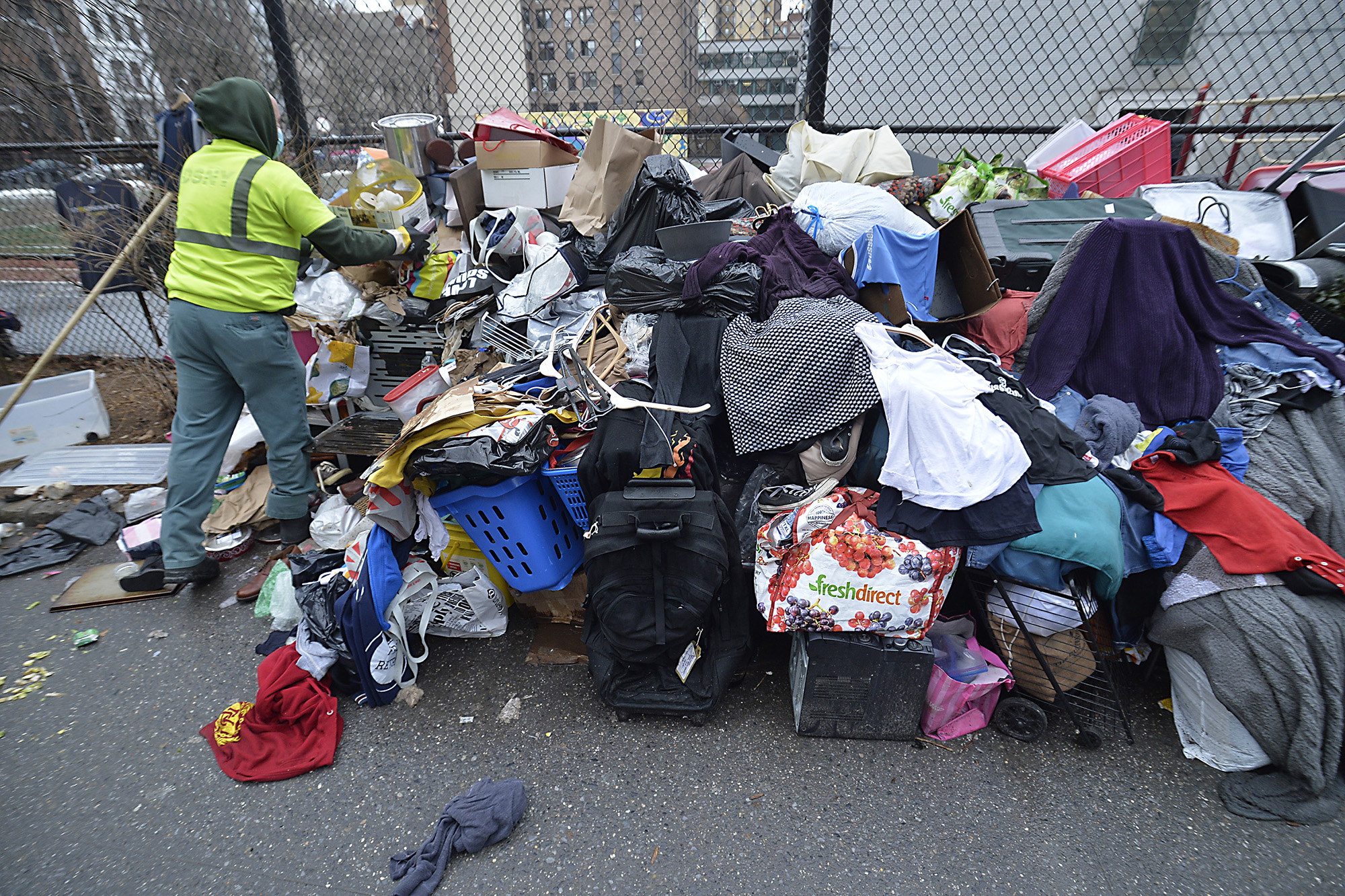 Why does it take a Post story to get an obvious public-health problem fixed? 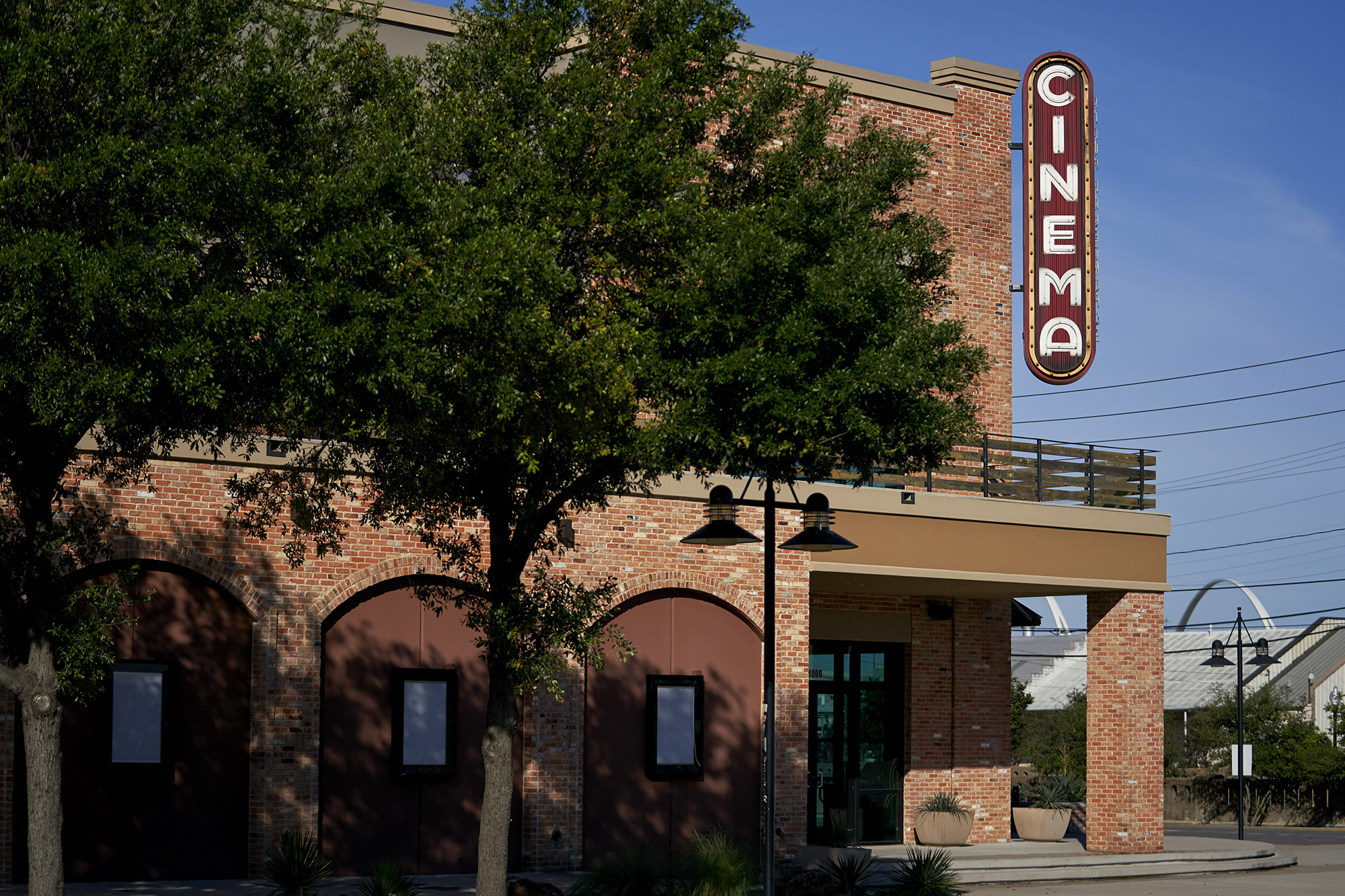 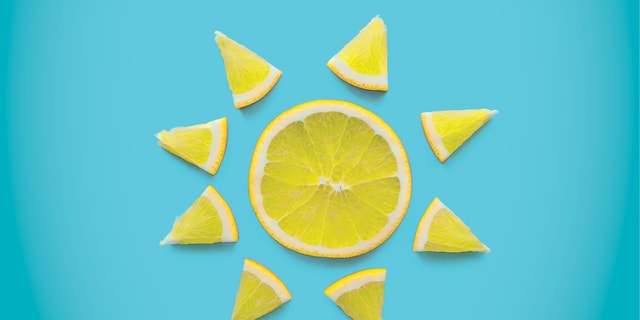 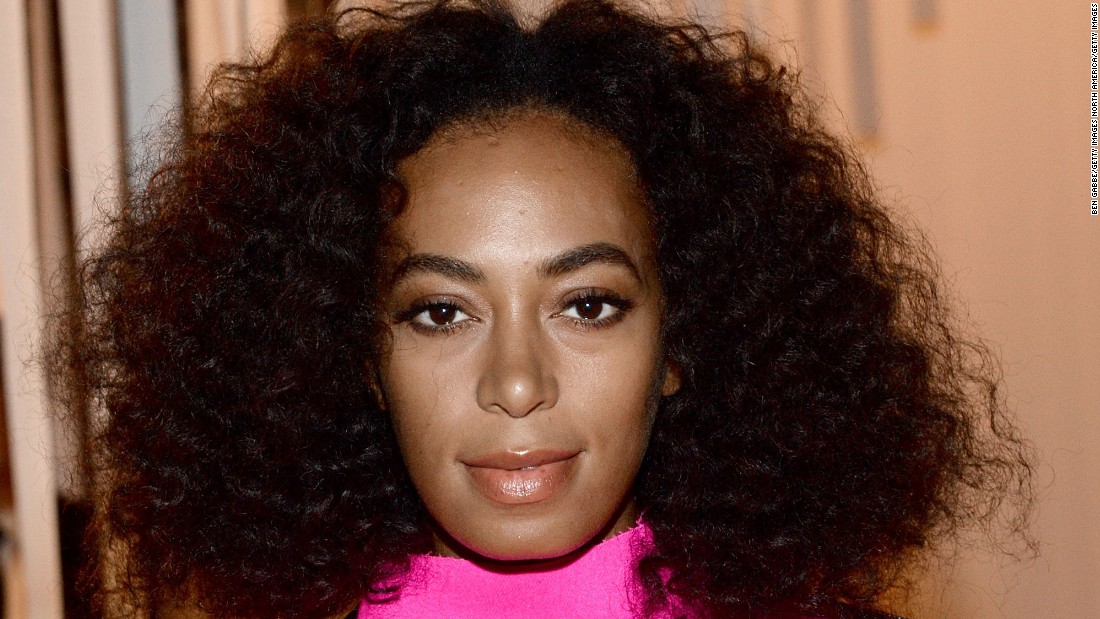 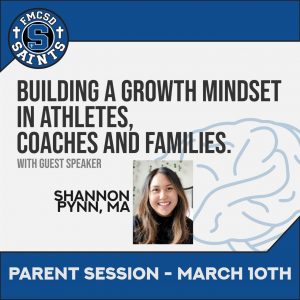 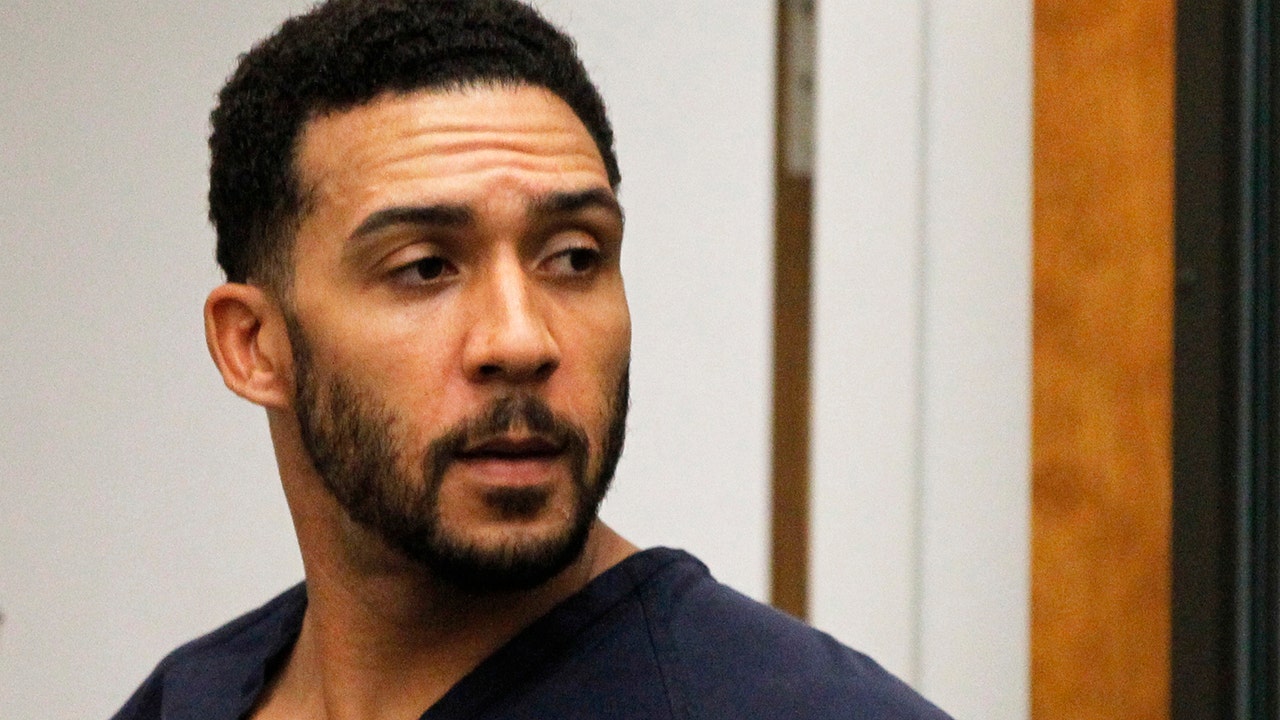