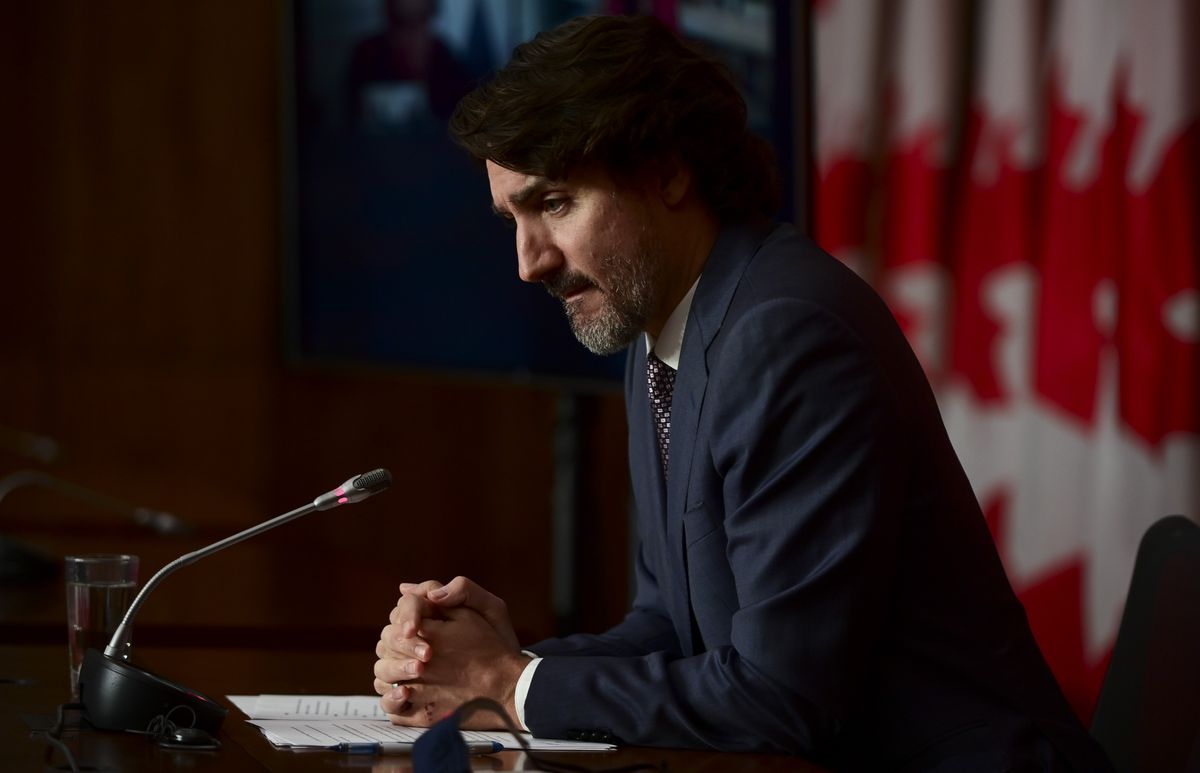 Prime Minister Justin Trudeau said Tuesday his office was alerted weeks ago about the misconduct allegation against the former head of Canada’s vaccine rollout but said he was not aware of details.

Authorities and military leadership are reviewing the allegation involving Major-General Dany Fortin[1] and it would be inappropriate to comment on that investigation, Mr. Trudeau added.

“In situations like this, those authorities can make a determination to inform me and my office which they did in this case a number of weeks ago,” Mr. Trudeau said.

“I didn’t receive details of what is being alleged.”

The Prime Minister also said the investigation needs to be complete, rigorous and fair and he wants to reassure Canadians that the vaccination rollout continues.

On Friday, the Department of National Defence announced through a news release that Maj.-Gen. Fortin would be leaving his position with the Public Health Agency of Canada. He was responsible for operations and logistics for the distribution of COVID-19 vaccines.

Maj.-Gen. Fortin’s lawyer, Commander Mark Letourneau, said in a statement on Monday that his client “vigorously and categorically denies this allegation.”

“It is a news reporter who informed Maj.-Gen. Fortin of the allegation against him Sunday, May 16,” Commander Letourneau said. “This took him completely by surprise.”

The reporter told Maj-Gen. Fortin that a female complainant had gone to military police in March, alleging that he exposed himself while a student in 1989 at the Royal Military College in Saint-Jean, Que.

The Canadian Armed Forces have been rocked by a sexual-misconduct crisis that has forced a number of commanders to step aside and resulted in the appointment of former Supreme Court justice Louise Arbour to study the creation of an independent watchdog to investigate complaints of sexual harassment, sexual assault and rape.

Mr. Trudeau said Tuesday there is a pattern and a culture in the military that has gone on for far too long, which is why the government is looking to strengthen the process to ensure survivors feel safe to come forward.

“It is really, really important that anyone who serves feels supported and listened to as they come forward to share actions, experiences, inappropriate things that happened to them over the course of their career or in the past years,” he said.

The federal government replaced Maj.-Gen. Fortin on Monday, naming Brigadier-General Krista Brodie[2] as head of Canada’s vaccination campaign effective immediately. The Public Health Agency of Canada said she has played a key role in the vaccine rollout as part of a deployment to the agency in November.

Brig.-Gen. Brodie joined the Canadian Armed Forces in 1989. During her time in the army, she has commanded platoons, a company and a battalion, and has been deployed to Croatia, Bosnia and Afghanistan. Brig.-Gen. Brodie also served with both NATO and the United Nations.

Know what is happening in the halls of power with the day’s top political headlines and commentary as selected by Globe editors (subscribers only). Sign up today.[3]