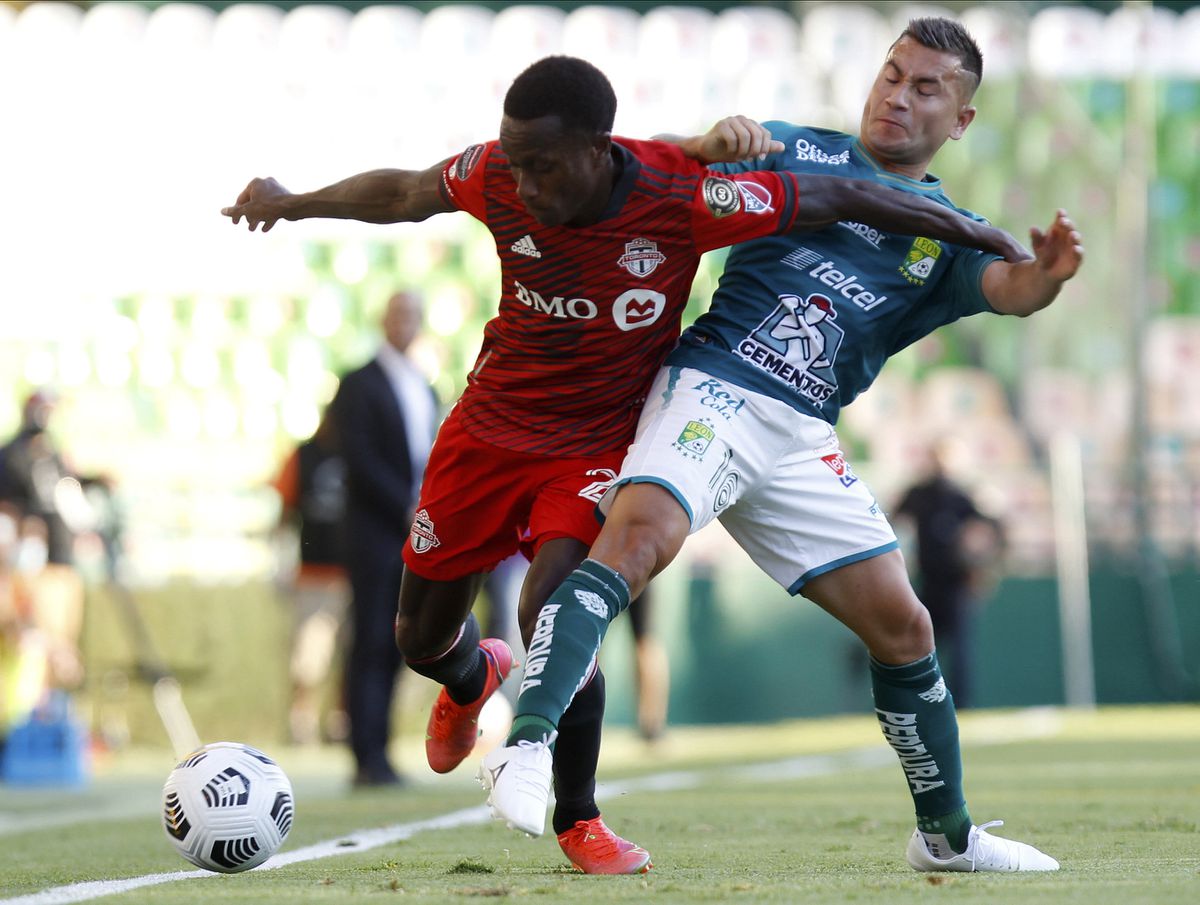 As first impressions go, there was plenty to like Wednesday in Toronto FC’s first outing under head coach Chris Armas.

Despite missing some key personnel and playing its first competitive match since Nov. 24, Toronto held Club Leon to a 1-1 draw in the first leg of their Scotiabank CONCACAF Champions League round-of-16 tie.

The Mexican side is in-season and on a good run of late. But it could not put Toronto away despite dominating possession and coming on in waves as the clock wound down.

While the draw came from a second-half Leon own goal, Toronto pressure forced the mistake. And Armas had promised pressure from his team.

“I love the way we stuck together,” said Armas. “I loved the way we stepped on the field and straight away we were going to try to stick to being who we are and be aggressive on the night. That’s what gets us the goal, from a pressing situation.

“I loved the way the guys dug deep, into the second half . Overall a gutsy performance.”

A fierce competitor during his playing days as a defensive midfielder, Armas still burns very bright on the sidelines. He celebrated the Leon own goal that brought his team back as if he had hit the jackpot in Vegas.

The Champions League is CONCACAF’s flagship club competition, with the winner advancing to the FIFA Club World Cup against other confederation champions.

Playing on hostile ground, Toronto was without at least five starters. TFC had hinted at health issues in the buildup to the match but, in the closed world of the pandemic, the true extent of the problem did not become clear until the starting lineup was released.

The youngsters did not disappoint and it took a moment of brilliance for Leon to breach the Toronto defence.

Fernando Navarro opened the scoring in the 25th minute with a spectacular right-footed volley from the edge of the penalty box after Jean Meneses eluded fullback Richie Laryea and found Navarro with a delicate chip. A diving Alex Bono got a hand to the ball but the power of the shot carried it in off the post.

Toronto had eight players in its box but none close enough to stop Navarro’s moment of magic.

TFC’s pressure led to an own goal in the 50th minute as the MLS team lived up to Armas’ pre-game promise. He said Toronto would look to make Leon uncomfortable

TFC substitute Erickson Gallardo did just that, demonstrating the aggressive press that Armas has instituted. The 24-year-old Venezuelan winger struggled to make an impression under former coach Greg Vanney and it looked like more of the same when he gave up the ball cheaply soon after coming on to open the second half.

But he made the goal, stealing the ball off William Tesillo before trying to thread it through to Jozy Altidore. A sliding Andres Mosquera got a foot to the ball at the edge of the box, deflecting it over goalkeeper Rodolpho Cota to give TFC a valuable away goal.

A tiring Toronto held on in the dying minutes with Bono blocking a rocket in the 86th minute. TFC and Leon, who had never met before, will play the second leg April 14 in the Orlando area.

“It’s a great result for us but there’s still a lot of work to be done,” said centre back Omar Gonzalez, who was immense at the heart of the Toronto defence. “We consider this halftime.”

Leon was without influential captain Luis Montes, serving a suspension after being sent off in last year’s competition against Los Angeles FC. He will be back for the second leg,

Toronto’s lineup is full of question-marks.

The club said Pozuelo stayed in Florida to have what is thought to be a mild strain re-evaluated. Mavinga, Osorio and Morrow were not cleared to play by team doctors while DeLeon was a game-day decision. Westberg was late joining camp for personal reasons.

And the draw may have come at a cost for Toronto.

Altidore came off in the 74th minute after clutching the back of his right leg. The U.S. international has had a history of hamstring issues.

And Gallardo, who came on to start the second half, had to leave in the 75th due to injury. Armas had to throw on Singh in the 87th minute for his first-team debut.

The Toronto-Leon winner will face either Mexico’s Cruz Azul or Haiti’s Arcahaie FC in the quarter-finals. Arcahaie held the visiting Mexicans to a 0-0 draw Tuesday.

Leon came as advertised, shifting the ball around with good passing and movement. But the final ball was often missing or the offside flag went up for the eight-time Mexican champions as they tried to get behind the TFC backline. Toronto also did a good job clogging up space in its own end in the first half.

After a slow start that saw Leon win just two of its first 10 league matches (2-6-2) this year, the Mexican side has returned to form. Leon defeated Toluca 3-1 Sunday to extend its win streak to three and currently stands eighth in the standings at 5-6-2.

It was 29 degrees Celsius at kickoff at Estadio Leon, where Canada lost 1-0 to France in its opening game of the 1986 World Cup. Attendance Wednesday was pegged at 30 per cent of the 31,297 capacity.

One can argue TFC also failed to score there. But the MLS side set itself up for a more than a chance in the second leg.