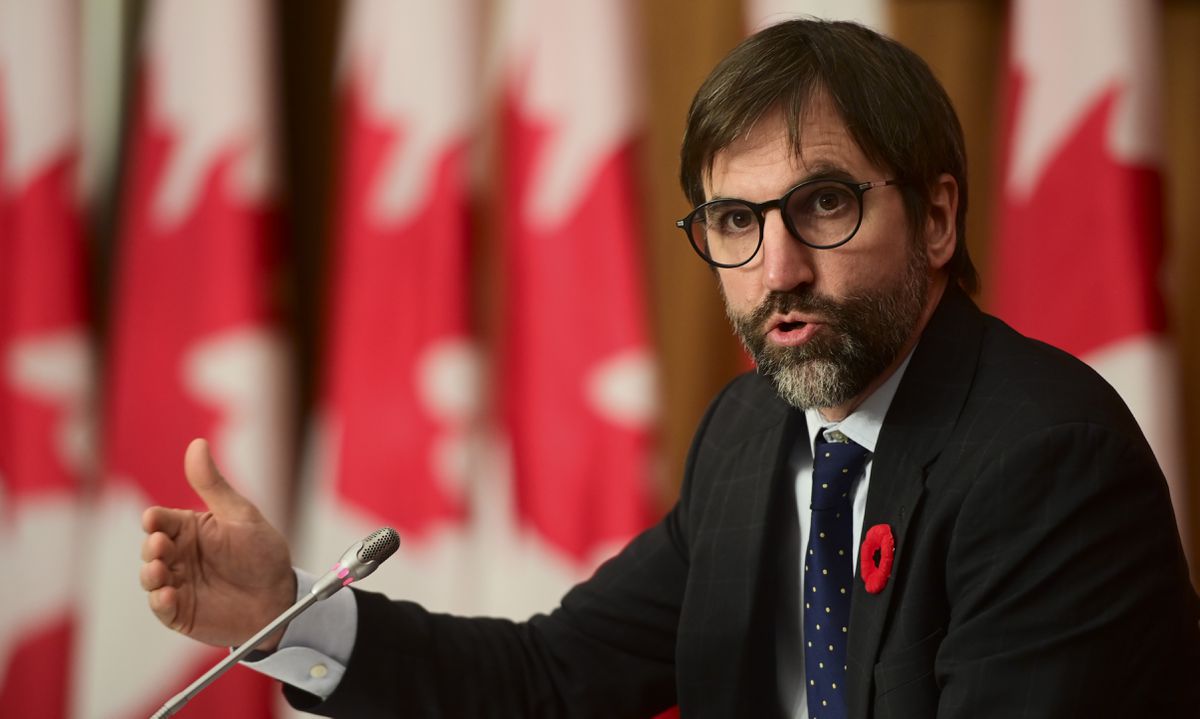 Canadian Heritage Minister Steven Guilbeault[1] has been exasperated lately by the failure of his political opponents to understand that he has nothing but the purest intentions and would never put his name on a bill that gives Ottawa the power to regulate innocent user-generated content on the internet.

On the contrary, he says. Bill C-10, which is in committee and, barring an election, will eventually come back to the House for third reading, is all about the Trudeau government taking on internet giants such as YouTube, Netflix and Facebook, and getting them to contribute their fair share to Canada’s cultural industries.

“There’s one party … siding with the web giants, and that’s the Conservative Party[2] of Canada,” Mr. Guilbeault said in a television interview[3] last month.

Bill C-10 is the Liberals[4]’ effort to bring internet companies under the aegis of the federal Broadcasting Act, the way television and radio have been for decades.

Where traditional broadcasters are regulated by the Canadian Radio-television and Telecommunications Commission (CRTC), internet streaming services such as Netflix and Spotify, and social media companies such as YouTube, TikTok and Instagram, are constrained only by copyright rules.

The intent of the law, in Mr. Guilbeault words, is to get “web giants to pay their fair share when it comes to Canadian culture.” The CRTC would be able to set the amount of money companies such as Netflix must spend on Canadian content, and impose conditions on social media companies, as it does with traditional broadcasters.

The problem is that most social media is generated by individuals. It’s “your uncle’s cat video,” as the minister puts it, and so Bill C-10 includes a clause that exempts user-generated content from the government’s proposed amendments to the Broadcasting Act.

Or rather, it used to include such an exclusion. The clause was in the bill first tabled in November – Mr. Guilbeault touted its existence at the time. But it has since been removed by the Liberal-controlled committee reviewing Bill C-10. And for the life of him, the minister cannot explain why.

The Conservative opposition has hammered away at its removal. “If the protection isn’t granted, then there is no protection,” MP Rachael Harder pointed out.

But the change has not been subject to partisan attack only. Peter Menzies, a former vice-chair of the CRTC, called it an “assault” on the freedom of individuals to post opinions on social media. Michael Geist, a law professor at the University of Ottawa and a respected voice in the debate about internet freedoms, has gone so far as to call it “an unconscionable attack[5] on the free expression rights of Canadians.”

As well, a senior official with the Canadian Heritage department told the committee that removing the protection could make user-generated content subject to CRTC regulation, and oblige individual platforms to enforce those regulations.

The minister has also been contradicted by Jérôme Payette, director-general of the Professional Music Publishers’ Association, who says removing the clause is a substantial (though, for him, welcome) change that will allow the CRTC to regulate “professional content being put online by a [music] label on YouTube.”

Mr. Guilbeault has countered with arguments that don’t add up. He insists the intent of the law is not to have the CRTC regulate rants, raves and cat videos posted by Canadians, and thus the protection was unnecessary and removing it changes nothing. But he’s been unable to explain why the clause was there in the first place, or why his own official says its removal changes the nature of the law.

Mr. Guilbeault also makes the startling argument that the CRTC “has never moderated content that we hear on the radio, that we see on TV.” The CRTC does more than moderate content – it enforces it. Broadcast too little Canadian content, or fail to follow other CRTC rules, and you can lose your TV or radio licence.

There is no immediate and direct line between the removal of this key clause and the CRTC regulating online, user-generated content deemed unacceptable by the government.

But it opens a door to it – a door the Trudeau government itself originally recognized needed to be tightly shut. Mr. Guilbeault has never credibly explained why his government changed its mind, and Canadians are right to worry about it.