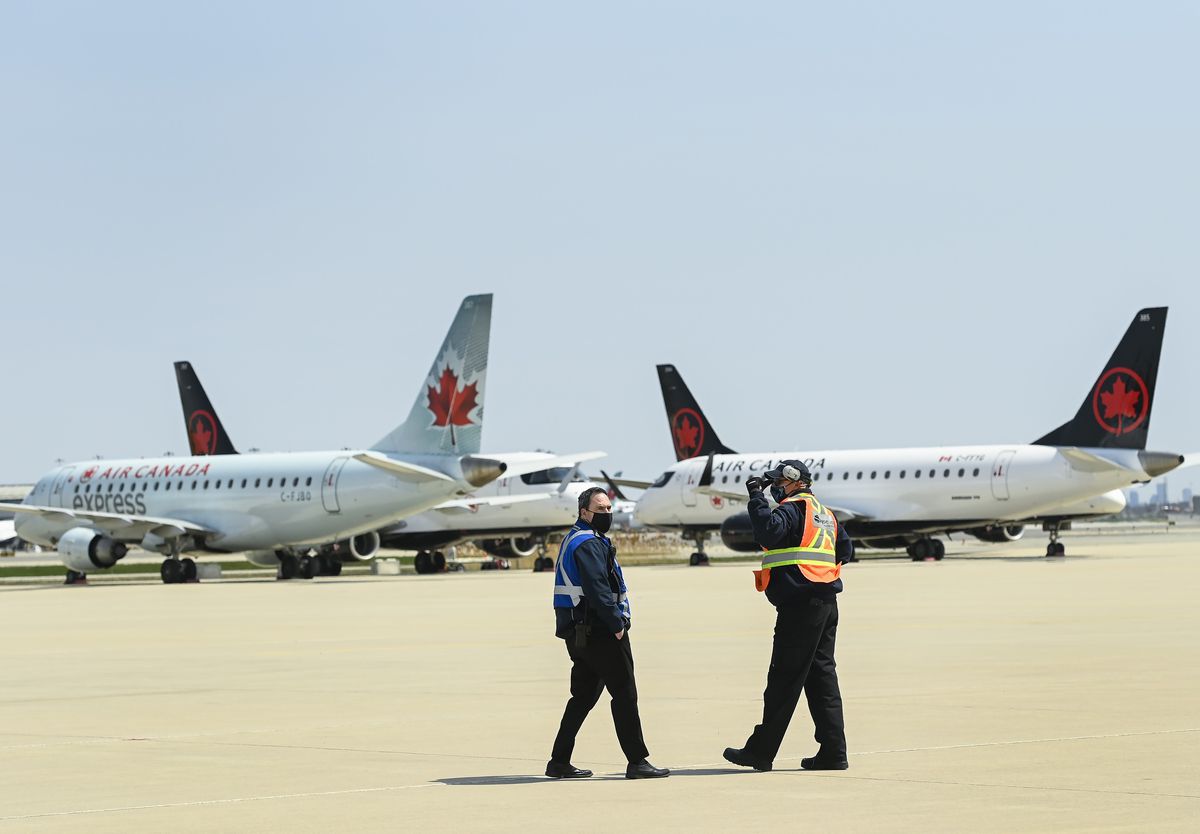 An air passenger rights advocate says he flagged problems with refund rules to Ottawa more than a year before authorities said the pandemic brought the issues to light.

Gabor Lukacs, president of Air Passenger Rights, said he spoke with policy experts at the Transport Department and the Canadian Transportation Agency in January 2019 about ambiguities in the new passenger bill of rights.

“The failure to clearly address refunds was discussed specifically,” Lukacs said, stating the subject occupied the first half of a 90-minute teleconference on Jan. 17 of that year.

The passenger rights charter gives “the incorrect impression that airlines are free to do as they please” on reimbursing customers for all cancelled flights, the advocacy group wrote in a submission to the agency in February 2019, when the rules were not yet finalized.

The charter fully came into effect in December 2019.

Internal documents from the Transport Department and the transportation agency suggest it took more than seven months for the government to take action on refunds after it first identified “gaps” in the rules.

The correspondence, recently released to a parliamentary committee, reveals that in May 2020 officials highlighted regulatory blind spots around reimbursing customers whose flights were cancelled due to the COVID-19[2] pandemic, but failed to announce corrective measures until last December.

But Lukacs said he alerted the government long before then, giving it ample opportunity to prevent the resulting crisis that saw thousands of customers out of pocket after carriers scrubbed the bulk of their flight schedules over the past 14 months.

Battered by border restrictions and travel advisories, airlines have repeatedly cited statements from the transportation agency to justify withholding reimbursement.

“Some airlines’ tariffs (passenger-airline contracts) provide for refunds in certain cases, but may have clauses that airlines believe relieve them of such obligations in force majeure situations,” the agency said in a website post from March 25, 2020.

The new Air Passenger Protection Regulations require carriers to compensate flyers for delays and cancellations within an airline’s control, but do not require refunds for nixed flights resulting situations outside its control, such as weather, “war or political instability,” or even mechanical problems.

However, longer-standing regulations under the Canada Transportation Act state that conditions of carriage must be “just and reasonable.” The transportation agency has affirmed passengers’ right to reimbursement in at least four cases over the past 17 years.

In a 2013 decision involving Porter Airlines, the agency said “it is unreasonable for Porter to refuse to refund the fare paid by a passenger because of its cancellation of a flight, even if the cause is an event beyond Porter’s control.”

The agency’s quasi-tribunal panels are not bound by precedent in the same way a court is, but multiple cases affirming passengers’ refund rights amount to a compelling argument, Lukacs said.

While the obligation to reimburse exists regardless of its partial exclusion from last year’s passenger rights charter, Lukacs added that much confusion among customers, carriers and authorities could have been avoided if the charter had spelled out the requirement.

Transport Canada and the Canadian Transportation Agency did not respond immediately to requests for comment Tuesday.

“We understand that these are difficult times for consumers and suppliers alike. However there are clear laws in British Columbia that exist that entitle consumers to refunds – and full refunds – if they don’t receive those services,” said Shahid Noorani, a vice-president at Consumer Protection BC, a provincial regulator.

“And if they are not receiving refunds, then that’s when our office is prepared to step into and deal with that matter,” he said in an interview.

“I don’t see how they could take the money and not provide the service,” she said. “The law is pretty clear in Quebec.”

Air Canada[3] and Transat have worked out aid deals with the federal government that grant billions of dollars in loans to the carriers in exchange for pledges to refund passengers, restore regional routes and maintain employment levels.

Other carriers, such as Sunwing Airlines, have yet to offer reimbursement for cancelled trips.

The relief agreements may ease the pressure on the agency, which as of February faced a backlog of more than 16,000 unprocessed complaints from passengers.

About 60 per cent or nearly 8,000 of the roughly 13,400 complaints filed to the agency since mid-March 2020 relate to refunds, the regulator said earlier this year.

Our Morning Update and Evening Update newsletters are written by Globe editors, giving you a concise summary of the day’s most important headlines. Sign up today.[4]