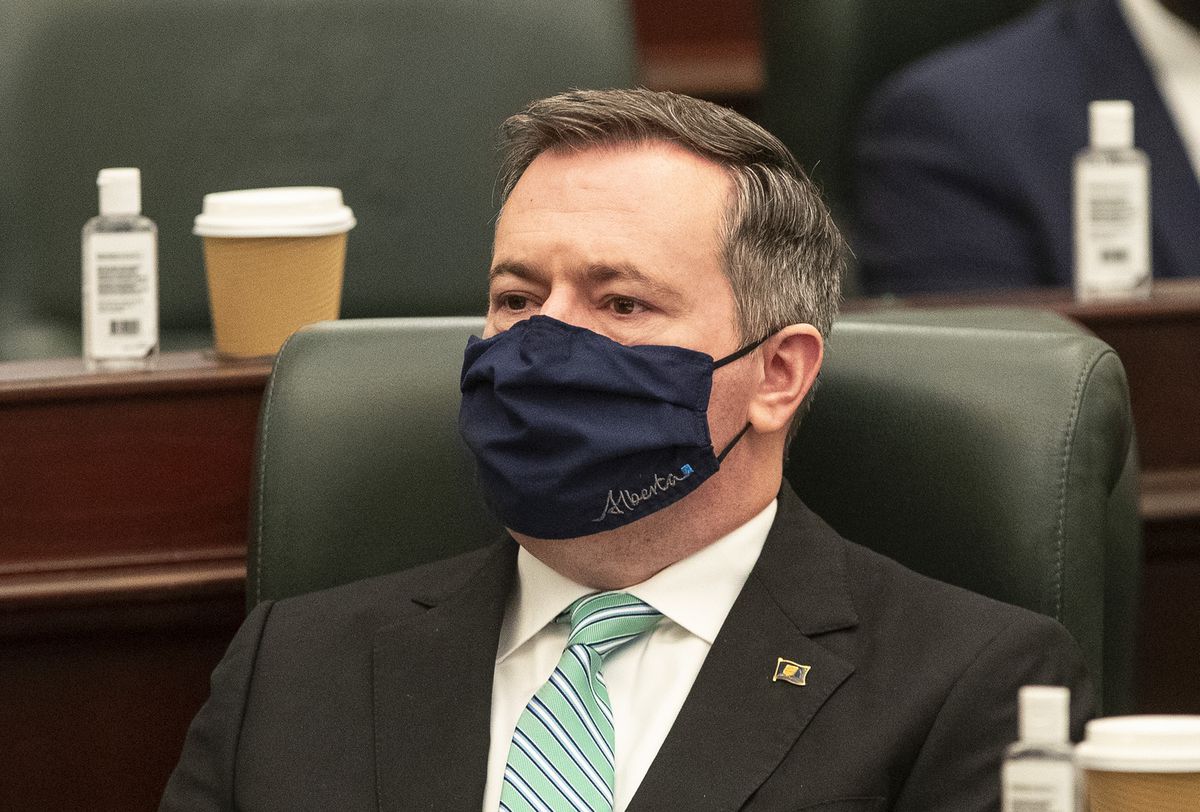 The Alberta government is set to announce additional COVID-19 restrictions[1] today as it struggles to respond to an explosive third wave that has left the province with the highest infection rates in North America.

Premier Jason Kenney said public-health measures are being ignored by too many people in his province, including the organizers of a weekend rodeo that doubled as a protest against the rules. Many cities in Alberta have also had regular anti-lockdown protests and more than a quarter of Mr. Kenney’s own United Conservative Party caucus have publicly opposed pandemic restrictions. Kenney warned that Alberta’s health care system would soon become overwhelmed if the current trajectory continued.

This is the daily Morning Update newsletter. If you’re reading this on the web, or it was forwarded to you from someone else, you can sign up for Morning Update and more than 20 more Globe newsletters on our newsletter signup page.[2]

The University of Alberta is carrying out extensive scientific collaboration with China[3] that involves sharing and transferring research in strategically important areas such as nanotechnology, biotechnology and artificial intelligence.

In some cases, professors and researchers at the university have set up companies in joint ventures with Chinese companies and state institutions to commercialize Canadian-developed technology.

The Canadian Security Intelligence Service and U.S. intelligence agencies have warned that Chinese companies and academics are being compelled to share work they have carried out with Western researchers with China’s military, security and industrial apparatus.

When Darrell Parsons recently tried to buy a mobile home in Erin, Ont., northwest of Toronto, at the listed price of $269,000, the seller’s real estate agent told him his unconditional offer was unacceptable, and he would have to wait for all the other bids.

The home sold for $312,000 a few days later. It’s standard practice for realtors to list a price below what the seller really wants to spark a bidding war, but the listing did not specify a bidding date. In any case, Mr. Parsons took exception. “It was bait and switch,” Mr. Parsons said. “Realtors are tricking people to come in.”

As Canadian home prices spiral out of control, long-standing realtor sales tactics are coming under fire[4]. Blind bidding, in which prospective home buyers don’t know what their competitors are offering and winners often blow past their budget and the second-highest bid, is being blamed for driving up prices. So is the practice of setting an artificially low price to draw in crowds of hopeful buyers, increase the number of bids and pump up the offer price.

Got a news tip that you’d like us to look into? E-mail us at tips@globeandmail.com Need to share documents securely? Reach out via SecureDrop[6][7]

ALSO ON OUR RADAR

Liberals pledge new amendments to Broadcasting Act: The Liberal government is promising to make changes to its Broadcasting Act legislation[8] that it says will address concerns that Ottawa is attempting to regulate Canadians’ social media posts.

Edmonton-born Greg Abel tapped to succeed Warren Buffett: Greg Abel, a hockey-obsessed executive from Edmonton who shuns the spotlight, has been tapped to run Berkshire Hathaway Inc.and take over from Warren Buffett[10], one of the most successful investors in U.S. business history.

Edmonton man builds miniature Boston Garden: An inveterate Boston Bruins supporter, Trent Buhler deeply regrets that he never made the pilgrimage to Boston Garden, the iconic sports arena vacated in 1995 and demolished three years later. Faced with such a black mark against his hockey-fanatic bona fides, Buhler did what any obsessive middle-aged man would do: He built his own miniature replica of the arena[13].

Global stocks hold near record levels: World share indexes stayed near record levels[14] on Tuesday and the U.S. dollar and government bond yields edged higher, as some of the biggest global economies pushed on with easing COVID-19 restrictions. Just before 6 a.m. ET, Britain’s FTSE 100 was up 0.43 per cent. France’s CAC 40 gained 0.14 per cent. Germany’s DAX slid 0.73 per cent. In Asia, Hong Kong’s Hang Seng rose 0.70 per cent. Markets in Japan were closed. New York futures were weaker. The Canadian dollar was trading at 81.17 US cents.

Anna Jones’s latest cookbook One: Pot, Pan, Planet, is filled with 200 eclectic recipes[15] as well as easy-to-digest tips on a greener way to shop, eat and cook. Featured dishes include Persian noodle soup, Korean carrot and sesame pancake and a baked dahl with tamarind-glazed sweet potato.

Fifty years ago in Saint-Jean-Vianney, Que., a sudden and devastating mudslide on the evening of May 4 changed the lives the small town’s 1,200 residents forever. After some unusual weather that spring, including heavy rains and a thaw after a warm spell, the earth beneath the village had become soaked with water and was dangerously unstable. This caused the clay to liquefy and at about 10:45 p.m. on that fateful night, part of the town abruptly plummeted 30 metres into the ground. This collapse triggered a powerful mudslide that quickly swept through the newly formed gully toward the nearby Saguenay River, engulfing the buildings in its path. By the time the clay began to solidify just before midnight, it had left a crater roughly half a kilometre long and 215 metres wide where the town once stood, according to one report. In the end, the disaster took the lives of 31 people and destroyed 41 homes. Later, it was discovered that the town had unknowingly been built on the site of another landslide that had occurred 500 years earlier. The surviving residents left Saint-Jean-Vianney after it was declared unsafe, and the site remains abandoned to this day. Madalyn Howitt

If you’d like to receive this newsletter by e-mail every weekday morning, go here to sign up. If you have any feedback, send us a note.[18][19]