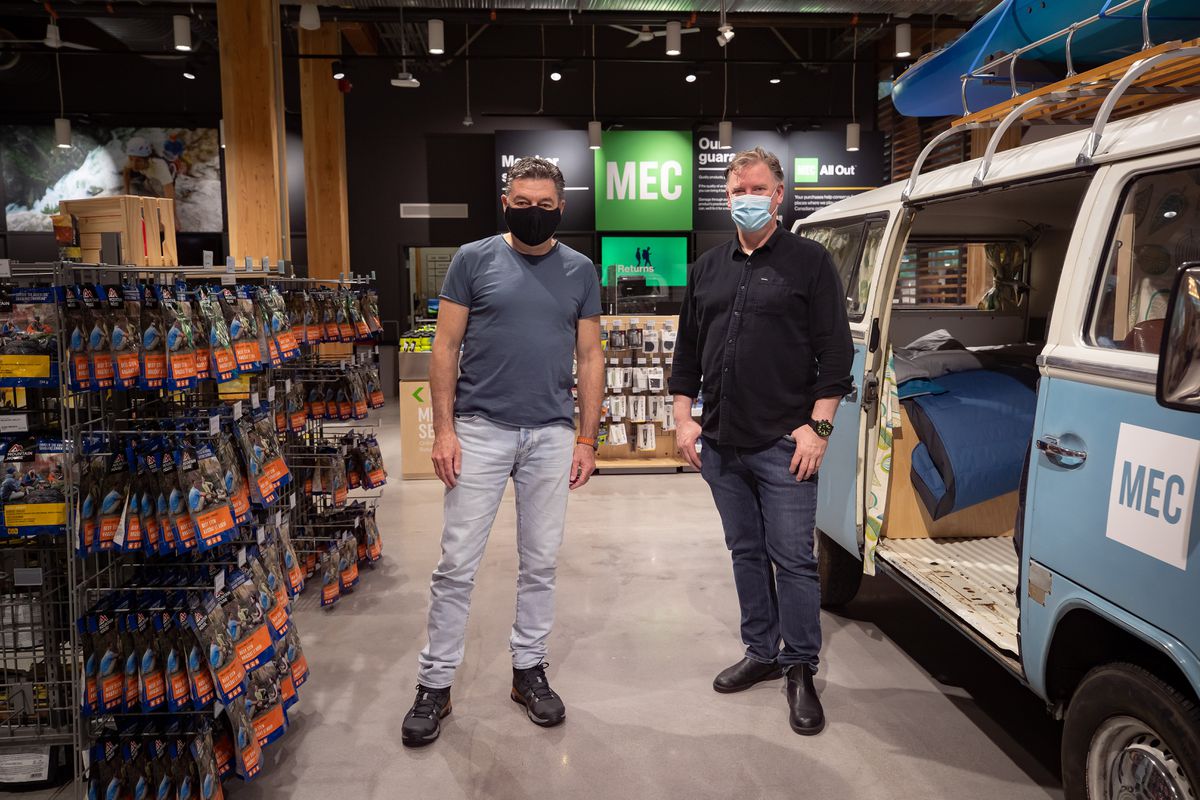 Eric Claus wanted to buy his wife a kayak.

He admits it may not “sound very sexy” but with a house on the ocean in picturesque Mahone Bay, N.S., he says it was the ideal gift. So he went to the MEC store in Halifax and got such good advice, he bought one on the spot.

“To me that was the real MEC,” said Claus, the CEO and chairman of MEC Canada since November. “I was blown away by their expertise. They didn’t even have that kayak in stock, but they made it happen before Christmas.”

It’s that experienced staff and outdoor gear that’s at the core of the retailer’s hoped-for renaissance under its new private ownership, he said.

“The thing about MEC that’s really special – kind of the secret sauce – is the actual passion of the people in the stores,” Claus said. “They’re not internet trained. They’re actually trained in the outdoors.”

The B.C.-based retailer had been struggling with an enormous debt burden, inventory problems and steep online competition for years. Then COVID-19 hit, shuttering stores and obliterating in-person sales.

Still, the decision to sell came as a surprise to members of the co-operative.

The idea of wealthy American investors swooping in to dissolve the co-op structure and take over the retailer was unthinkable to some Canadians. A group called Save MEC was launched and a petition circulated in a bid to stop the sale.

“There was a lot of emotion,” Claus said. “The sale of MEC to a private enterprise was a really difficult thing to swallow for some people.”

In a bid to win back loyal customers and attract new ones, MEC is rolling out new membership benefits that include discounts on services, exclusive promotions and access to outdoor activity and product experts.

MEC is also donating $1 million to non-profit groups that do work in the outdoors as well as committing to new product sustainability goals.

It’s unclear whether it will be enough to cool lingering controversy over the sale.

Yet without the deal, it’s uncertain MEC would have survived the pandemic at all.

The retailer had been plagued by a series of financially and strategically misguided decisions for years and needed a reboot, Claus said.

“We didn’t assume the lease for the head office, which was really this massive place that’s so expensive. We renegotiated a lot of our leases so our whole cost structure came down we were able to hit the ground running from Day 1and actually be cash-flow positive.”

The vision of the new MEC – which now stands for Mountain Equipment Company – is about returning to its roots.

“MEC had lost its way a little bit over the years, straying from what its core competencies are, which is really great technical gear,” he said. “You’ll see less pet food and bikinis, and you’ll see a far more curated collection of what MEC is known for.”

Take the retailer’s ‘rad pants,’ a staple of many Canadian outdoor adventurer wardrobes until they were discontinued roughly 20 years ago.

“One of the items that MEC is always known for is the rad pant,” he said. “We’ll have different fits available and updated designs.”

Another change will see e-commerce orders shipped largely from warehouses or third-party logistics providers rather than stores.

The company announced it would be closing its distribution centre in southern Ontario at the end of this month, cutting roughly 60 positions and outsourcing the work.

While MEC’s western distribution centre in Surrey, B.C., will remain open and is quite efficient, the Brampton facility would have required a massive capital investment in order to process orders in a timely fashion, Claus said.

“Our shipping times sometimes were as high as five days to get things processed,” he said, noting that its third-party logistics provider can do it in 24 hours. “We do have to compete with the likes of Amazon.”

The idea is to also cut down on the number of online orders that are filled by stores and employees who are experts in the outdoors.

Historically, about half of the retailer’s e-commerce orders are shipped from a store. The goal is to have 80 per cent of online orders shipped from a distribution centre, and 20 per cent from stores, he said.

Meanwhile, plotting the retailer’s revival has been an uphill challenge, not only because of the contentious sale, wary suppliers and navigating pandemic restrictions, but also the massive spike in demand for outdoor gear.

For example, the lead time for Shimano bike parts is 600 days, he said.

But he said MEC’s new owners are in it for “more than just making money.”

“We’re committed to the outdoors, to sustainability, to diversity and inclusion and continuing the same ethos that MEC had before.”