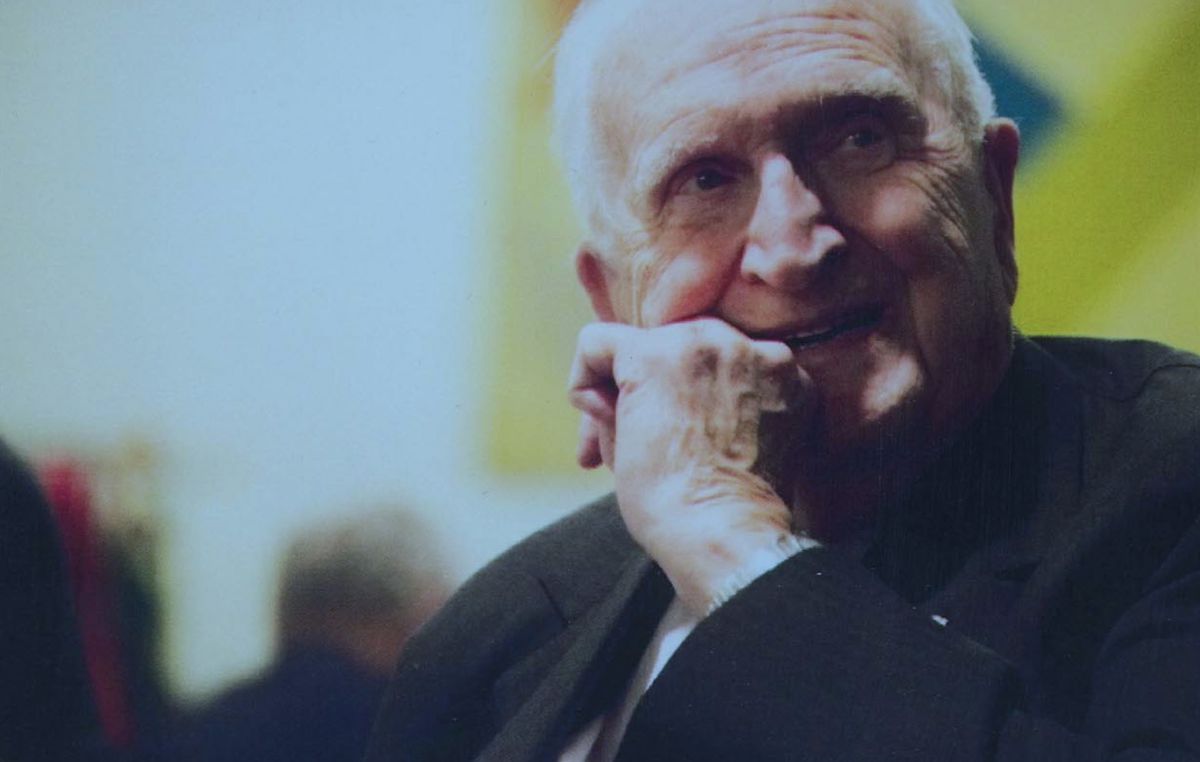 Dr. Louis Siminovitch was a leading Canadian scientist who made brilliant contributions to cell virology, stem-cell research and genetics. He was also a unique, powerful builder of biomedical science in Toronto, where he had a legendary impact at the University of Toronto and the city’s major hospitals. His influence extended to institutions across Canada and abroad. He mentored hundreds of scientists and helped shape their careers. He influenced government science policy, and development and funding of research like no one else in recent years. While science was his mission, he immersed himself in the arts as well. In all aspects of life, his unmitigated, unapologetic pursuit was excellence.

Most stars dim with age and although Dr. Siminovitch had health problems in the past decade, his opinions on science and scientists were among the most influential in Canada. Ministers of the Crown, billionaire philanthropists and university presidents all sought his counsel. What they received was not always as they hoped; Dr. Siminovitch withheld his approval of pedestrian efforts, but seldom missed kernels of brilliance.

“What distinguishes Lou is he has no compromise on excellence,” long-time colleague Calvin Stiller said. “He literally snorts when he observes mediocrity, he senses bogus in a blink.”

His 100th birthday was widely celebrated with a major tribute in November. Dr. Siminovitch died on April 6, just shy of 101, after an acute bout of pneumonia and its complications

Louis Siminovitch was born in Montreal in 1920 between May 1 and May 15 – but May 1 was chosen as his official birthday. His father, Nathan, was from Romania and his mother, Goldie (née Wachtman), was the daughter of a prominent rabbi from Russia. They raised four children – Sarah, David, Lou and Mintzie – while living close to the poverty line. There was no time or money for learning or culture. Lou, as he was known for the rest of his life, went to Strathcona Academy High School, where the focus was on leftist politics, baseball and small-time gambling. He was an indifferent student but excelled in mathematics and to his last days revelled in tackling the four fours puzzle.

Entering McGill University in 1937, he chose to study chemistry, receiving his BSc in 1941. Stimulated by a charismatic professor, he entered a PhD program in physical chemistry, graduating in 1944. He met Elinore Faeirman and she agreed to type his thesis. When he received a fellowship to work at the National Research Council in Ottawa, she said they should get married and he agreed. The marriage produced three daughters. As Dr. Siminovitch said repeatedly, “I was fortunate Elinore chose me as her partner and then stuck with me for over 50 years.” She died of lung cancer in 1995.

He spent two years in research at Ontario’s Chalk River Laboratories, using the new radioactive isotopes to study metabolism. This proved to be an ebullient environment with scientists from all over the world including the Italian-born nuclear physicist Bruno Pontecorvo, who later defected to the Soviet Union. All this moulded Dr. Siminovitch’s critical sense of how new technologies allow big scientific questions to be explored.

When the couple returned to Montreal in 1947, the question was what to do next. Dr. Siminovitch had decided to apply his knowledge of chemistry to biology but he had no training in biology. At a lecture at McGill, Dr. Siminovitch met Louis Rapkine, chef de science of the Pasteur Institute of Paris. Seeking advice as to his next steps in biology, he was invited to join Dr. Rapkine’s lab in Paris and become a molecular biologist by apprentice training. Regrettably, Dr. Rapkine died within a year but as often happened to Dr. Siminovitch, despair turned into new opportunity as he was invited by future Nobelists André Lwoff, Jacques Monod and François Jacob into their lab. Dr. Siminovitch had a eureka moment when he was asked to do an experiment to increase viral mutation. In his first experiment, he succeeded in increasing it from 1 to 100 per cent – proving that viral genomes were integral to cell genomes. Lou reflected, “One experiment from a framework of ignorance was the most seminal of my career.”

Dr. Siminovitch was productive in Paris with some 30 publications, all in French. He was intellectually shaped by his time there. He saw what it meant to do excellent science and to be in a place where every day intensive discussions took place about experiments by the most brilliant scientists. It branded him forever with the principle that nothing less than excellence is good enough.

Dr. Siminovitch and his wife lived very modestly in Paris but the city was transformative, as it opened their minds to French culture of theatre, music, architecture and the Moulin Rouge. There they began a lifetime practice, led by Ms. Siminovitch, to spend time every week at a concert, a play or reading a challenging book, as well as travelling to see performances at the Stratford and Shaw festivals and abroad. Dr. Siminovitch later said that in life he was an outlier in that he was equally at home in the arts as well as the sciences

The couple resisted an invitation to remain in Paris and in 1953 resettled in Toronto, a city where he would distinguish himself for the rest of his life in science and in leadership – changing his fields of interest every decade. “I have a high mutation rate,” he once said.

In Toronto, he joined Connaught Laboratories and began his scientific career studying viruses.

In 1956, famed U of T histologist Arthur Ham appointed him to the Ontario Cancer Institute, where he established his independent research career with studies on virus replication, cancer biology, stem-cell discovery and genetics. All this led to a life of 200 papers. His exceptional leadership talent quickly became apparent and he was appointed head of biological research.

In 1968 he accepted a call from dean Laurie Chute to chair a new department in the U of T Faculty of Medicine that incorporated the newer disciplines of immunology and genetics.

A decade later, he became head of genetics at the Hospital for Sick Children, introducing new technologies and ideas by training and recruiting an array of innovative scientists. This resulted in a glorious period of disease-gene cloning like nowhere else in the world, his team establishing the genes and gene defects underpinning cystic fibrosis and muscular dystrophy among many other genetic diseases. Many of the scientists he mentored over these years became leaders in research institutions across the country.

Dr. Siminovitch was invited by Mount Sinai Hospital in 1985 to found a research centre, now called the Lunenfeld-Tanenbaum Research Institute, to investigate the molecular basis of major diseases. He started from scratch and recruited 25 innovative scientists, including biochemist Tony Pawson and developmental biologist Janet Rossant. This endeavour became the magnum opus of his leadership achievements.

Simultaneously he was the key adviser to the late Joe Rotman in establishing the Baycrest Rotman Research Institute dedicated to neurodegenerative diseases. Dr. Siminovitch had a major influence on research development at the University of Toronto to successive deans and presidents. His influence extended to governments, charitable institutions, journals and societies. In building science and institutions, he was the one sought out to lead – he said “I never applied for any position.”

The recipient of many honours and awards, Dr. Siminovitch was named a companion of the Order of Canada, received the Gairdner Wightman Award, was inducted into the Canadian Medical Hall of Fame, and was one of the few Canadians elected to both the Royal Society of London and U.S. National Academy

He was particularly proud of the Elinore and Lou Siminovitch Prize in Theatre honouring his playwright wife and himself. Established by admiring benefactors, it become Canada’s leading theatre prize, annually honouring a professional director, playwright or designer, and a protégé.

Dr. Siminovitch was known for being a visionary and tower of excellence in Canadian science and for being a great mentor, wise career adviser and confidant to many. To someone he deemed a soulmate, he would say: “You are on my chromosome.”

While Dr. Siminovitch was a person of warmth and generous spirit, with friends all over the world, he could also be very critical, with exacting standards and no qualms about disturbing the status quo. He could readily say “he/she had no ideas.” He was a skilled science politician and unafraid to take on government policies if necessary – though he worked very well with Ottawa and at Queen’s Park on the groundbreaking Ontario Research and Development Challenge Fund, which initiated translational research.

Dr. Henry Friesen, former president of the Medical Research Council, said, “We can only stand in awe of the profound influence you have had in inspiring so many young scientists, building and developing major institutions and offering decision-makers wise counsel on enriching the funding of research and cultivating a more robust science culture in Canada.”

Dr. Siminovitch admired the great scientists that the Gairdner Awards brought in – for their conceptual brilliance and for their personalities – like Nobelists Sydney Brenner, Joe Goldstein and Oliver Smithies.

He was not religious but remained attached to his Jewish roots, attending Yom Kippur services and always moved by the haunting music of Kol Nidre.

Above all, Dr. Siminovitch was committed to building a strong family, something he felt he had not experienced growing up. He said, “I did not know my parents.”

His daughters, Katherine Siminovitch, a physician scientist at Mount Sinai Hospital, and Margo Siminovitch said in a birthday tribute: “The two most powerful influences in our lives were our parents – who lived by the credo that whatever one achieved in life, passion and joy are most important in what one does. And our times together were dominated by vibrant discussions of characters, writers, ideas and of social responsibility.”

Until recently, Dr. Siminovitch would go into his office on most days surrounded by pictures of family, mentors, colleagues and great art. He would voraciously read The Globe and Mail, Science and Nature magazines, novels and biographies.

When friends would visit, he would say, “I am still here,” and recall people and events in his life. He often spoke of the great medical leaders of his time: Evans, Mustard, Brown, Genest and others. He had praise for many of them but not for all. To the end he worried that Canadian science had fallen short of its potential.

In the evenings with friends like Dr. James and Lynn Friesen, he would attend concerts and, with wonderment, ask, “How could Beethoven come up with 50 completely new musical ideas?”

There were also many lunches, according to former University of Toronto president David Naylor. “The real menu was on his cue card with a list of topics to be discussed,” he said. “It is impossible for me to convey how much I learned from Lou Siminovitch through all those years and how much I owe him.”

“You knew that Lou respected you when you became the object of his criticism,” said Cal Stiller, the distinguished physician and researcher. “I often received lists of things that I should be doing and also of things that were a waste of my time. To the end Lou insisted on making anything and everyone he encountered better.”