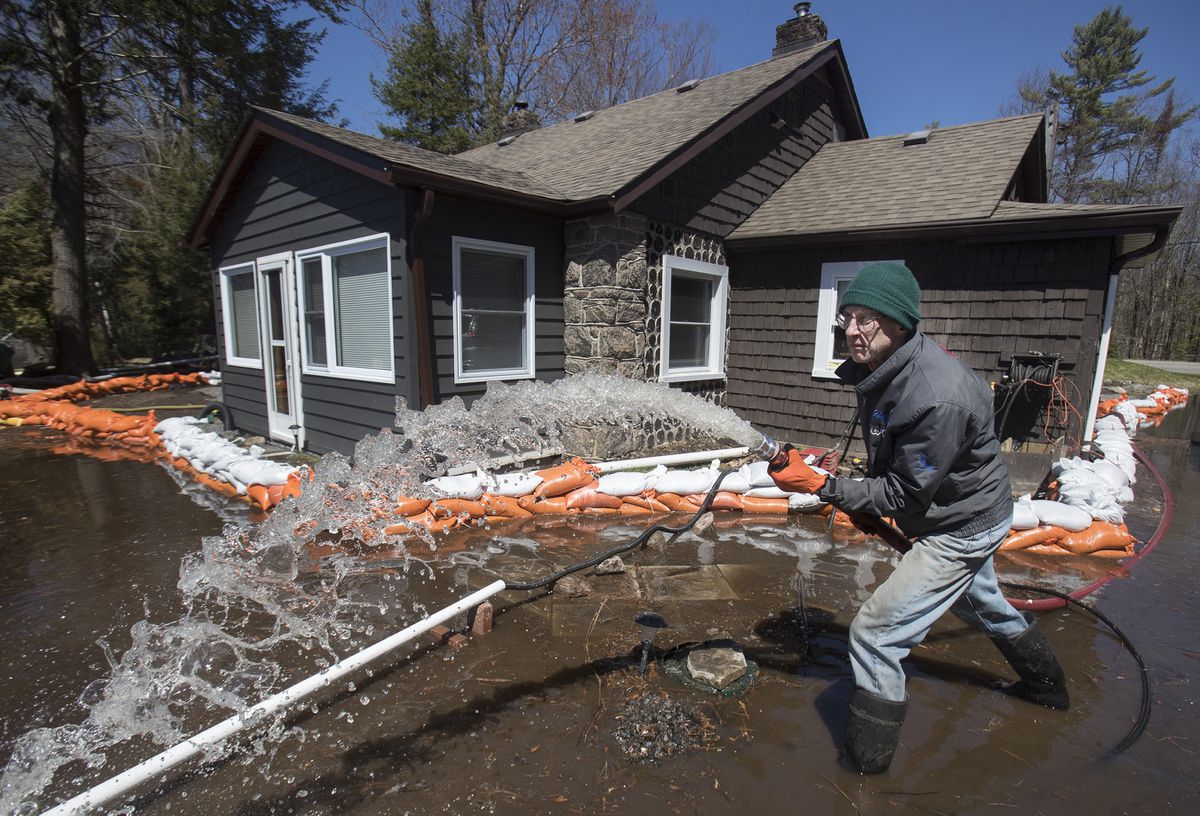 Something was missing when the federal government announced funding to help Canadians retrofit their homes as part of its fall economic statement late last year.

Promised grants of up to $5,000 per household, at a total cost of $2.6-billion over seven years, were billed as an opportunity for homeowners to make energy-efficiency improvements, through investments such as better insulation, that would help fight climate change by reducing greenhouse gas emissions.

There was no mention of the other side of the coin: helping Canadians safeguard their homes from impacts of climate change that are already being felt, and will become more inescapable in the years ahead.

There has since been an outcry from advocates for spending on climate-change adaptation, and it’s likely that when the program is finally rolled out – probably later this spring – some funding along those lines will be part of it. The most obvious form for that to take is flood protection, which is increasingly needed in urban areas and typically costs less than the $5,000 maximum.

But the initial omission was symptomatic of how little attention has been paid in Canada to adaptation – adjusting to greater risk of everything from floods, to wildfires, to windstorms – relative to mitigation.

It’s a dynamic that needs to change to both aspects of responding to the planetary crisis getting the focus each requires, possibly as soon as an April 19 federal budget expected to involve significant investment in building a sustainable economy.

“There is a shift in a positive direction,” says Blair Feltmate, who heads the Intact Centre on Climate Adaptation at the University of Waterloo. “Two to three years ago you couldn’t get any air time on adaptation. Now we’re getting a little air time.”

But along with others who have long flagged the need for more investment in resilience, Mr. Feltmate still finds it a challenge to get politicians to openly acknowledge that some climate impacts are already unavoidable. Adaptation is “the distant cousin that nobody wants to talk about,” he says, for fear of looking defeatist.

As implied by the Intact Centre’s name, the effort to draw more attention to adaptation has largely been led by an insurance industry that doesn’t always easily command public sympathy.

But that industry comes armed[1] with compelling data. For example, annual catastrophic insurance payouts in Canada – which involve extreme weather or natural disaster – averaged about $400-million up until 2008, but are now regularly well over $1-billion and increasingly top $2-billion.

That contributes to households paying rising premiums. Not to mention “the availability of some commercial insurance contracting,” as Insurance Bureau of Canada vice-president Craig Stewart puts it, which means a danger some businesses may not be able to get insured at all.

Not that Ottawa lacks its own research highlighting the scale of the problem. A 2019 report [2]by Environment and Climate Change Canada noted that this country’s annual warming is roughly twice the global average.

The government-funded Canadian Institute for Climate Choices reported [3]last year that since 2010, “weather-related disasters and catastrophic events have amounted to about 5 to 6 per cent of Canada’s annual GDP growth, up from an average of 1 per cent in previous decades.” It also lamented that adaptation accounted for just 13 per cent of federal climate spending in the previous five years.

All this seems to have spurred more talk in Ottawa of taking action. While the government’s most recent climate-policy plan (released last December and best known for its promised carbon-price increases) devoted minimal space to resilience, it promised the development of “Canada’s first-ever national adaptation strategy,” which is supposed to involve working with provincial governments, Indigenous leaders and others to develop shared priorities for collaboration.

But that won’t land until later this year at the earliest. And this month’s budget will likely allocate much of the post-COVID-19 recovery spending, which could be followed by a period of austerity.

Even in the absence of a full adaptation strategy yet, there are some obvious ways the government could now set aside funds.

The most obvious would be a new and improved version of the Disaster Mitigation and Adaptation Fund. That was the most significant such program introduced during Prime Minister Justin Trudeau’s first term, offering $2-billion to help municipalities fund infrastructure projects. But it’s now run its course, and wasn’t large enough for the scale of the problem. There is also a common complaint that its criteria made it too difficult for small communities to tap into it. So there has been some push to have it extended, expanded and made more accessible.

There are also other, more targeted potential investments. Those include updating Canada’s flood-risk maps, which by Mr. Feltmate’s account are at least two decades out of date. It also includes various ways of addressing wildfires, including through forest-management investments and guidance for homeowners on protective measures. Nature-based solutions such as wetlands protection, which in addition to emissions-reduction benefits can help provide safeguards, could get more dollars than they have so far.

To the extent that Ottawa attempts to advance sustainable finance measures, which were expected to be part of last year’s abortive budget, it could promote companies factoring climate impacts into their risk assessments.

And when it comes to retrofitting, beyond layering adaptation into the small grants program, the government could add it into the mix of supports for larger projects. Ottawa may also need to help train auditors who are supposed to assess the homes of grant applicants, and currently focus only on energy efficiency.

As telling as how much money the government allocates for resilience to climate change, in this budget and beyond, will be how eager it is to talk about those investments.

Nobody who takes such matters seriously suggests that adaptation funding should come at the expense of emissions reduction. Recognizing that the climate is already changing doesn’t lessen the need to avert greater disaster, and to ensure Canada can compete in a cleaner global economy.

But the necessity of adaptation can’t be treated as a dirty secret. Not when Canadian families and businesses will increasingly have to grapple with it as well.

Your time is valuable. Have the Top Business Headlines newsletter conveniently delivered to your inbox in the morning or evening. Sign up today.[4]