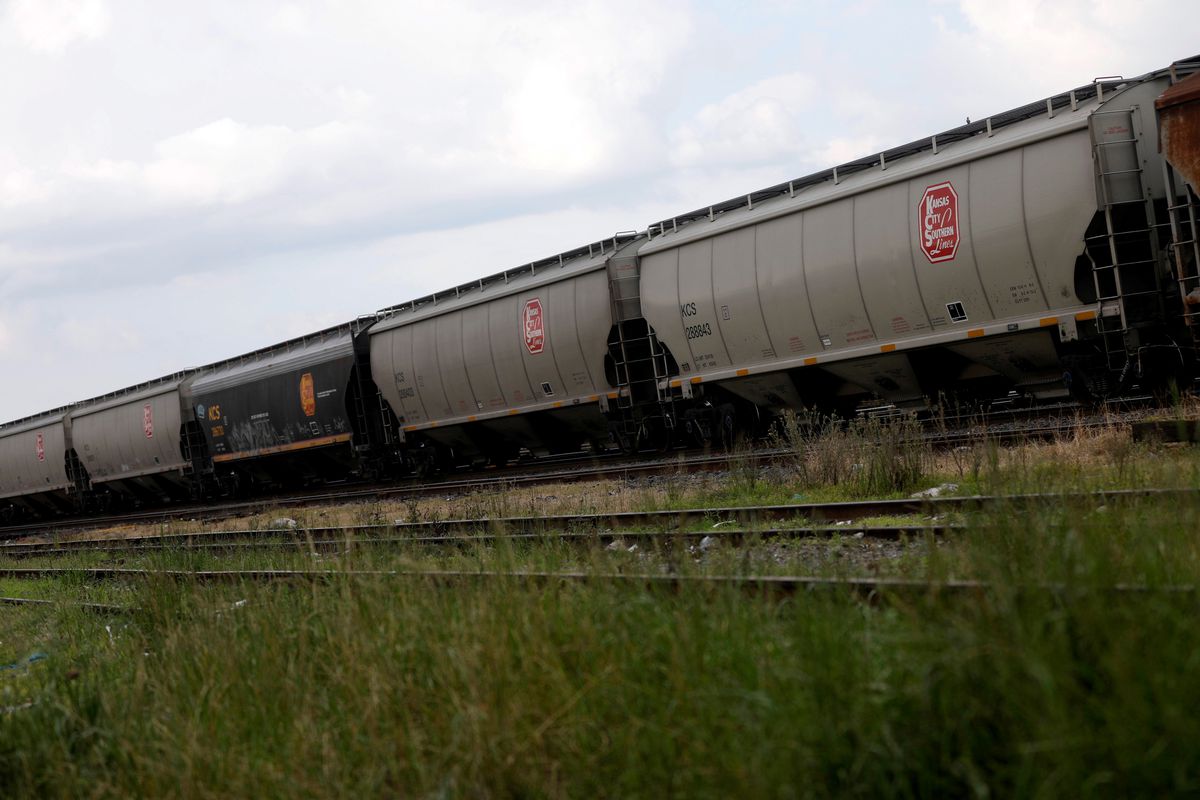 Two East Coast ports are anxiously awaiting the outcome of the bidding war between Canada’s two rail giants to create a continent-spanning network in North America.

Both Port of Halifax and Port Saint John are expanding their facilities. However, the result of the possible acquisition of Kansas City Southern [1](KCS) by either Canadian Pacific Railway Ltd. or Canadian National Railway Co. could help determine which terminal becomes shippers’ preferred gateway to and from Canada’s East Coast.

CP recently gained access to Saint John with its purchase of a smaller eastern railway, making the port its East Coast hub and attracting the attention of some transatlantic shipping lines. CN also has access to Saint John but is the sole rail provider to the Port of Halifax, which is frequently visited by transatlantic importers and exporters of container goods such as newsprint, machinery, seafood and a host of consumer products.

The battle over KCS is widely viewed by observers as an effort to capitalize on the U.S.-Mexico-Canada Agreement (USMCA)[2] because the winner would give its customers access to rail lines and terminals in all three countries. It is primarily motivated by the expected increase in onshore freight, but offshore traffic will continue to play an important role, University of Toronto professor Dimitry Anastakis said.

“You’ve got a lot of stuff coming in from outside of North America still,” Prof. Anastakis said. “So, obviously you’d be integrating and going from strength to strength because now, you could utilize your existing offshore [networks] and integrate them into this larger North American network, which would be really beneficial.”

The rivalry between the two major Canadian railways, he said, has historically been an East-West one, with CP’s main offices in Calgary and CN headquartered in Montreal. But with its acquisition of the Central Maine & Quebec (CMQ) railway last June, CP has re-established its presence in the East. Port Saint John CEO Jim Quinn said this provides “optionality” for those hoping to move cargo through Saint John.

“That’s a really significant development,” Mr. Quinn said in an interview. “It puts the port back where it used to be in the mid-90s and for years … before that when we were the only Atlantic port serviced by both of Canada’s Class 1 railways.”

“We’re very, very excited with the position that CP has taken and everything that they’ve done coming into Saint John,” Mr. Quinn said, adding that the rail provider is “very well positioned” to extend its footprint.

Port of Halifax has a long-standing relationship with CN that dates back to the beginnings of both organizations, Halifax Port Authority spokesperson Lane Farguson said.

“CN is our sole rail provider here in Halifax,” Mr. Farguson said. “So, a very, very important partner and absolutely critical to what we do on the cargo side.”

CN helps to promote trade growth through the Port of Halifax, he said, and the port will do what it can to support its partner in the proposed merger which, for the port, means potential for new opportunities to move cargo along the North-South corridor. The deal wouldn’t guarantee more traffic, he said, but it would “open up new markets” for customers.

“In the world of containerized shipping … over the last number of years, we’ve seen strategic alliances being formed or mergers amongst the shipping lines,” he said. “And it’s interesting that now, we’re starting to see that amongst the rail lines as well. And really it’s about minimizing costs and creating value.”

After the recent completion of a deep-water berth extension and the installation of a mega-crane, Port of Halifax welcomed in September the largest container cargo vessel to visit a Canadian port at 366 metres long. It’s a 15,000 twenty-foot-equivalent unit (TEU) ship.

The port experienced a 7-per-cent decrease in container cargo shipments last year amid the pandemic after hovering around 550,000 TEU for the previous three years. Mr. Farguson said the port will continue to “watch and see” as the situation between the three railways evolves in the coming weeks.

Port Saint John’s expansion will see improvements made to its West-side terminal, allowing the port to accommodate larger ships, and should be completed by the end of next year, Mr. Quinn said. This is the first of a three-phase project, he said, which will allow the capacity for ships up to 14,000 TEU to call the port.

Your time is valuable. Have the Top Business Headlines newsletter conveniently delivered to your inbox in the morning or evening. Sign up today.[3]