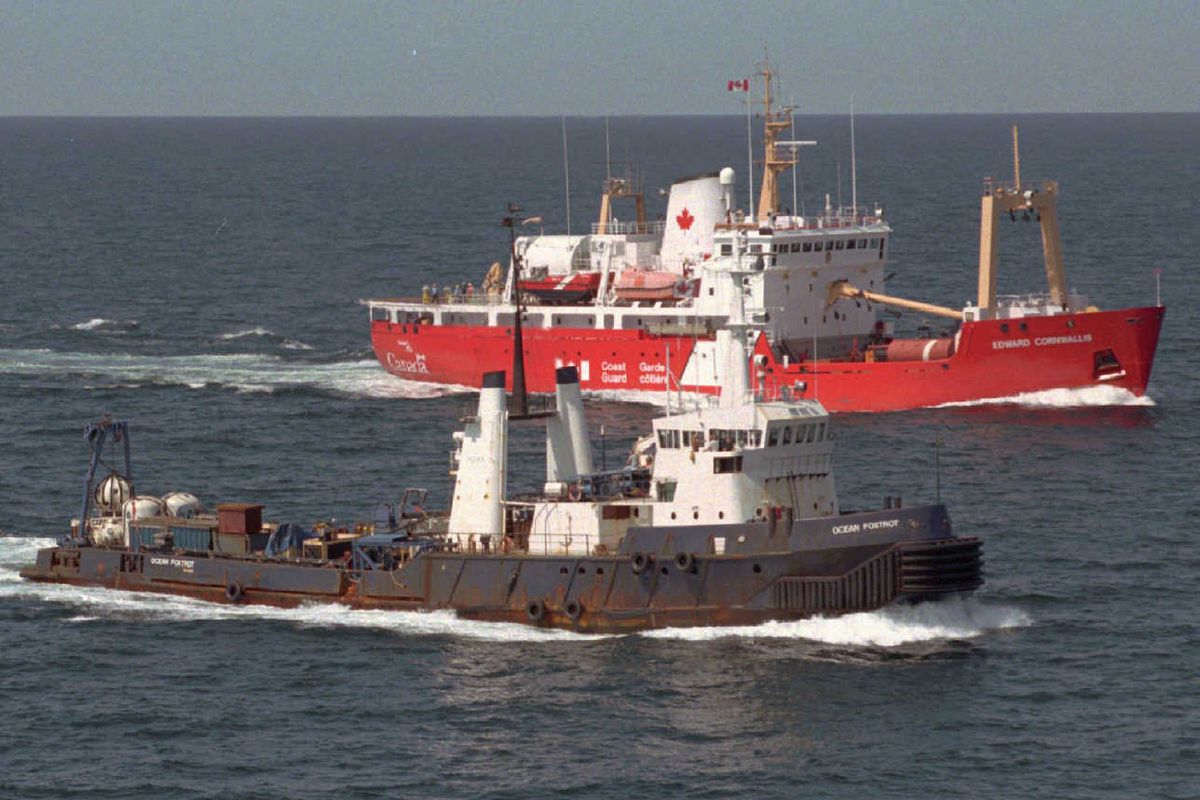 A Canadian Coast Guard ship whose original name paid tribute to the controversial founder of Halifax is being renamed to recognize an 18th-century peace treaty between a British governor and a Mi’kmaq chief.

Indigenous leaders and historians said last year the Canadian Coast Guard Ship Edward Cornwallis should stop honouring a military officer who offered a bounty for scalps of the Mi’kmaq people.

The new name to be installed this year during the ship’s refit in Shelburne, N.S., will be Canadian Coast Guard Ship Kopit Hopson 1752.

The new moniker includes the date of the treaty and recognizes its signatories, Mi’kmaq Chief Kopit and Peregrine Hopson, the career military officer who succeeded Cornwallis.

Last summer, federal Fisheries Minister Bernadette Jordan said her government was consulting with Indigenous groups to choose a new identity for the ship.

Daniel Paul, a Mi’kmaq elder and author of “We Were Not the Savages,” had pushed for the change, noting similar name changes had occurred at a Halifax junior high school and a historic African Nova Scotian Baptist church.

Paul previously told The Canadian Press that the ship’s name was long considered an insult to Indigenous peoples.

A statue of the colonial governor has already been removed from the city as an act of reconciliation with Indigenous communities.

In a statement, Jordan says she hopes the name change will better reflect what the coast guard represents.

“These treaties set out long-standing commitments between the Crown and the Mi’kmaw, Maliseet and Peskotomuhkati people. They envisioned a partnership built on mutual respect and service to one another,” she said.

“The core values of the Canadian Coast Guard are honour, respect and devotion to duty, and this vessel now has a name that reflects those principles.”