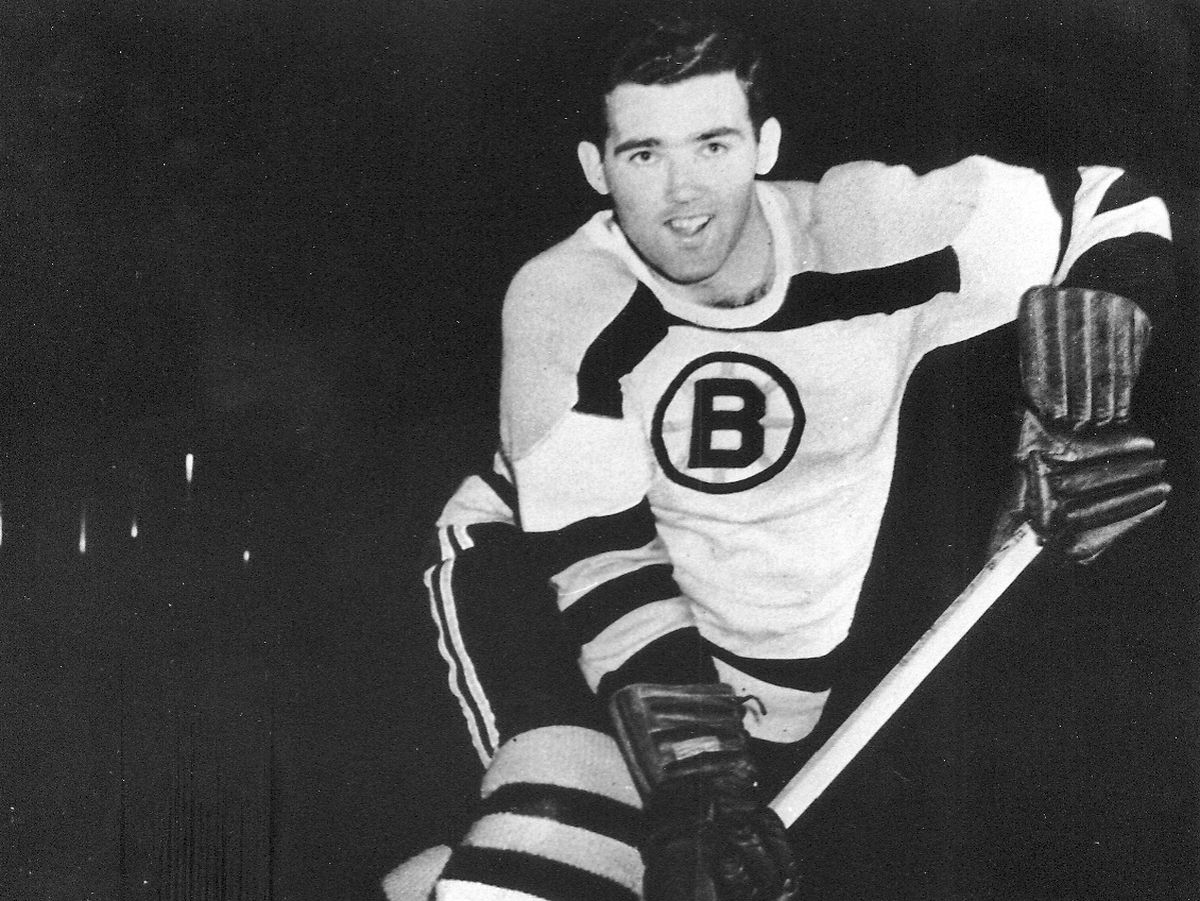 Johnny Peirson’s big break in hockey came as his team was immersed in a notorious gambling scandal.

Mr. Peirson, who has died at 95, crafted an admirable National Hockey League career as a player with Boston before going on to greater fame in the 1970s as a television analyst during the era of the Big Bad Bruins.

A solid 5-foot-11, 170-pound right winger, Mr. Peirson joined the Bruins for an unsuccessful five-game tryout during the 1946-47 season. He started the following season with the Bruins only to once again be demoted to the minors.

He was recalled in 1948 as rumours of pending punishment for gambling surrounded the Bruins.

“It’s hard to imagine the cruel form of mass torture all Bruin players are suffering during the crisis,” team owner Weston Adams said before a game on March 3, 1948.

That night, Mr. Peirson scored his first NHL goal, helping the Bruins rally to tie the Chicago Black Hawks in a game at Boston Garden. He fired a low shot past Chicago’s Emile (The Cat) Francis for the game’s eighth and final goal. The goal came on an assist from centre Don Gallinger.

Six days later, Mr. Gallinger and former Bruin Billy (The Kid) Taylor were banished by the NHL for having contact with a criminal and known gambler.

The suspended player’s roster spot was claimed by rookie Paul Ronty, who formed the Muscle Line with Mr. Peirson and diminutive Kenny Smith on left wing. In the wake of the scandal, Mr. Peirson got the chance to demonstrate his skill and never again returned to the minors.

An expert stickhandler, Mr. Peirson had a reputation as a thinking man’s player. He was capable of both flashy goals and pesky back-checking. He had four seasons in the 1950s during which he scored 20 or more goals, a standard for excellence in the era. He finished in the top 10 in scoring in three seasons and skated in two all-star games.

After retiring as a player at the age of 29 to pursue a career as a furniture salesman, he returned 18 months later. In his first game back, he scored a goal and added an assist to spark his Bruins to a 4-1 victory over Chicago.

Though not a ruffian, he showed sufficient pugilistic ability to discourage the more astute of his opponents from dropping gloves. Once, during a brawl with Gus Kyle of the New York Rangers, Mr. Peirson bamboozled his rival, a former Royal Canadian Mounted Police constable, by pulling his sweater over his head, rendering him helpless as he pummelled him with fists.

“What that fight proved,” Bruins general manager Lynn Patrick said, “was that Kyle not only doesn’t know the tricks of the trade, but that our underwear is cleaner than the Rangers.”

John Frederick Peirson was born in Winnipeg on July 21, 1925, a second son for the former Ruth Dyette Widder and Frederick Richard Peirson, an insurance agent. The family moved to Montreal when the boy was 10, and as a teenager he starred as a student and athlete at Westmount Academy.

He skated briefly for the Montreal Junior Canadiens before enlisting in the army in 1944. His older brother enlisted in the Royal Canadian Navy Volunteer Reserve, while his served as an infantry officer in the reserves.

After the war, Mr. Peirson enrolled at McGill University where he starred on the varsity hockey team. A scout signed him to the Bruins organization and he played for the amateur Boston Olympics before turning professional with the minor-league Hershey Bears.

Away from the arena, Mr. Peirson was a capable golfer, competing as an amateur in the 1950 Canadian Open on his home course, the Royal Montreal Golf Club.

Mr. Peirson died at his home in Wayland, Mass., on April 16. He leaves the former Barbara Ann Hunt, his wife of 70 years; two sons; two daughters; 11 grandchildren; and five great-grandchildren. He was predeceased by his brother, Robert Richard Peirson, who died in 1948.

A sales representative for furniture manufacturers, he worked in winters from 1969 to 1995 as an analyst for Bruins games. He was paired with velvety play-by-play man Fred Cusick as a gentlemanly analyst responsible for between-periods segments called “Peirson’s Pointers.”

He entered the broadcast booth just as the sad-sack Bruins emerged as contenders, winning the Stanley Cup in 1970 and 1972 with a colourful cast of players including Phil Esposito, Johnny (Pie) McKenzie, Derek (Turk) Sanderson, Mike (Shakey) Walton, Gerry (Cheesy) Cheevers and No. 4, Bobby Orr.

Even with the benefit of slow-motion instant replays, the physics-defying dekes of the great Orr sometimes confounded Mr. Peirson. In one memorable play, the defenceman anticipated a shot by teammate Mike Walton might go wide of the net, so he positioned himself to retrieve the puck as it caromed off the end boards, backhanding a shot high into the goal.

“How does he do it?! I dunno,” a dumbfounded Mr. Peirson said.

Mr. Peirson also offered analysis on American broadcasts of the first four games of the historic Summit Series in 1972, as Canada faced off against the Soviet Union. Like many, he was surprised by the Soviet skill exhibited in the inaugural game when they dominated the home team in a 7-3 drubbing at the Forum in Montreal.