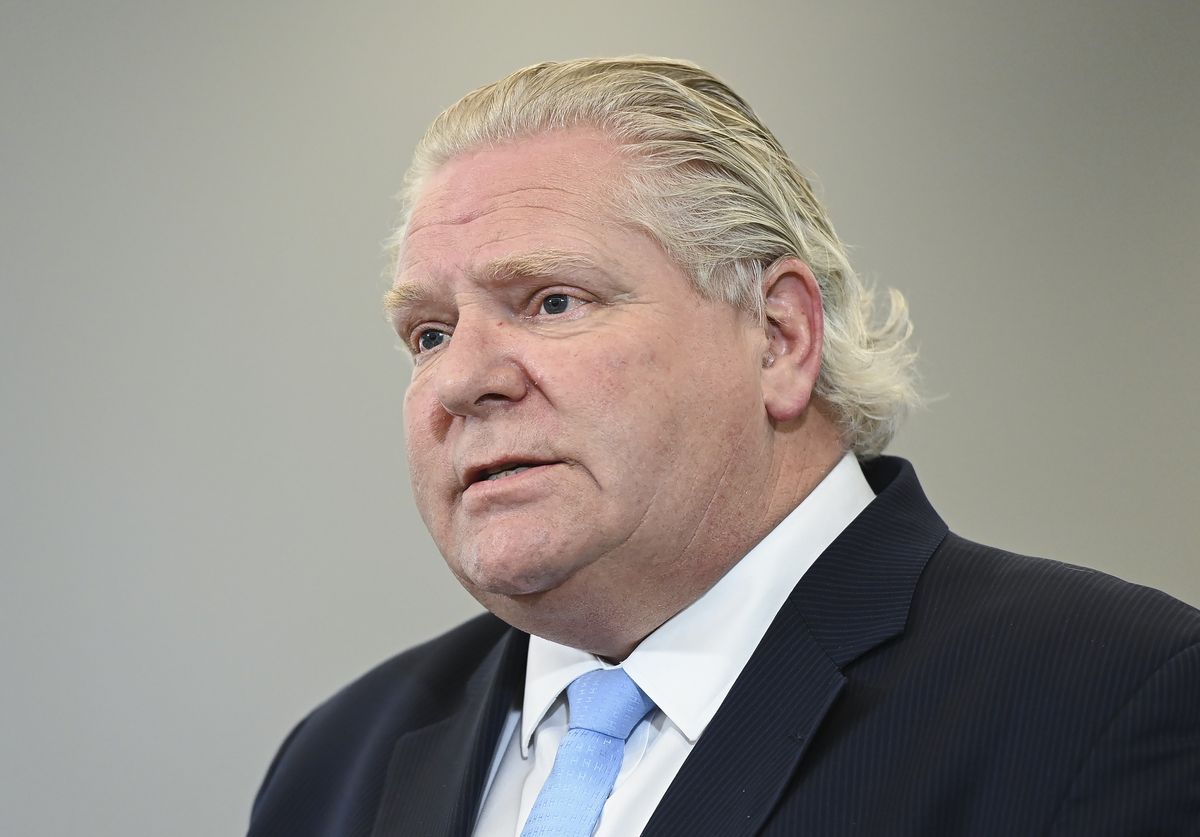 Keep your Opinions sharp and informed. Get the Opinion newsletter. Sign up today[1].

Re Ontario Health Officials Press For Stay-at-home Order[2] (April 6): We are so weary. We find ourselves, once again, unable to resume regular activities without fear of becoming very ill.

Restraining activities such as outdoor dining, workouts and haircuts won’t get us to physical, mental and economic recovery without more support for testing and contact tracing, enhanced school safety, paid sick leave for anyone who contracts the virus and paid time off for vaccinations – all measures that Doug Ford has resisted in preference to the default option of lockdowns.

Humans are not lemmings. We do not need to follow our leaders over a cliff. Much of the health professional and research community recommends a lockdown right now to win the race between COVID-19 and the vaccination rollout.

We can’t negotiate with a virus. Don’t wait to be told. Just do it: Stay home if one can. Use common sense to protect all of us. It is our best investment for a healthy future.

Re Children First[3] (Letters, April 2): An elderly letter writer would rather her adult children be given priority for vaccines. I felt the same way until a friend pointed out that I was missing a step.

We old-timers are a huge cohort. Because of age and its accompanying frailties, we are more vulnerable to the plague than youngsters, so the potential exists for hospitals to be overwhelmed with sick old people. Thus, it would make sense to treat the most susceptible first, along with front-line workers.

Having said that, I certainly wouldn’t want to be a political leader making related choices in these circumstances. With the pandemic changing course by the day, our multiplicity of governments will continue to be criticized, often unjustly.

Re Get The Next Shots Into The Right Arms[4] (Editorial, April 6): We should vaccinate essential workers now, both for their health and the health of the economy. But we should vaccinate teachers quickly, too, because the ability to keep schools open and children learning is key to a healthy postpandemic future for us all.

Is hypothetical person B a warehouse worker for a distributor of essential goods such as pharmaceuticals, food or personal protective equipment? If that is the case, B should definitely be a vaccine priority over work-from-home accountant A, regardless of their age difference.

But if B is a warehouse worker for a business such as Amazon, shipping everything from ottomans to scented candles across the country, B should not work at all – their workplace should be closed until this pandemic is better controlled. B and all of their co-workers should be collecting a publicly backed wage subsidy.

In the discussion over vaccine priority, perhaps a starting point is to bear down on who is an essential worker and who is not.

Re Time To Grow[5] (Letters, April 3): I do not agree with the letter writer that a national fertility strategy would be a win-win for everyone in expanding Canada’s population. While Canada may need more people, the planet certainly does not. Furthermore, I do not believe in-vitro fertilization is an equitable option for all Canadians.

Immigration and adoption seem be better win-wins for more people and our entire biosphere.

Re Let’s Take A Long-term View When Judging Hydro Projects[6] (April 2): What a delight to read former Manitoba premier Gary Doer on that province’s excess hydroelectric capacity, which parallels the excess capacity in Quebec. What a wonderful opportunity to have Manitoba supply all electric needs from Thunder Bay westward, and have Quebec supply all needs east of Kingston.

Just imagine the relief it would be to eliminate multibillion-dollar nuclear-refurbishing expenses every 25 years. Oh to have leaders with imagination.

Re Business Leaders Decry Decision To End Work On National Regulator[7] (Report on Business, April 2): I can’t believe that, due to politics, we are still arguing about a national securities regulator. The Supreme Court negated Quebec’s challenge to such a body, so there is no legal reason why Canada can’t have one. It seems the Liberals do not want to upset Quebec or Alberta and risk losing seats.

The government should forge ahead and implement a national regulator and be damned. If a few provinces want to run their own show, let them. They will soon discover it would be beneficial to join the majority.

At least the Investment Industry Regulatory Organization of Canada and the Mutual Fund Dealers Association of Canada are trying to merge into one. Someone is reaching in the right direction, even if it is taking forever.

Re After Decades Of Inflation Not Being A Threat, ‘Wall Of Worry’ Grows As Global Stimulus Spending Surge[8]s (Report on Business, March 31): A few years after the Second World War, I picked up a book published during the war, author and title forgotten. It argued that wartime price and wage controls should not attempt a freeze, but rather allow 2-per-cent inflation to avoid risk of a surge when controls come off. (I mentioned it to John Kenneth Galbraith, who had the job of advising the U.S. government on this matter; he would have none of it.)

The nursery rhyme See Saw Margery Daw was first published in London around 1765. A child receives a penny a day; the rhyme suggests it is less than a good worker should expect. Let us assume that “minimum wage,” had there been one, was five times that. At historical rates of exchange, that is about 10 cents. The current minimum wage in Ontario totals $114 for every eight-hour day. That is an inflation factor of 1,140 over 256 years.

Reduced to an annual basis, it comes to 2.8 per cent.

Re Bobby Orr Is Discovered [9](Moment in Time, March 31): I was the coach of the Parry Sound team at that time. I remember that day very well, as Boston Bruins general manager Milt Schmidt had been my favourite hockey player.

The Bruins did very well out of Parry Sound in that era. They signed Terry Crisp, Wayne Clairmont and Neil Clairmont as well.

Back in Squirt, because we were short of defencemen, we moved Bobby Orr from forward to defence.

Letters to the Editor should be exclusive to The Globe and Mail. Include your name, address and daytime phone number. Try to keep letters to fewer than 150 words. Letters may be edited for length and clarity. To submit a letter by e-mail, click here: letters@globeandmail.com[10]