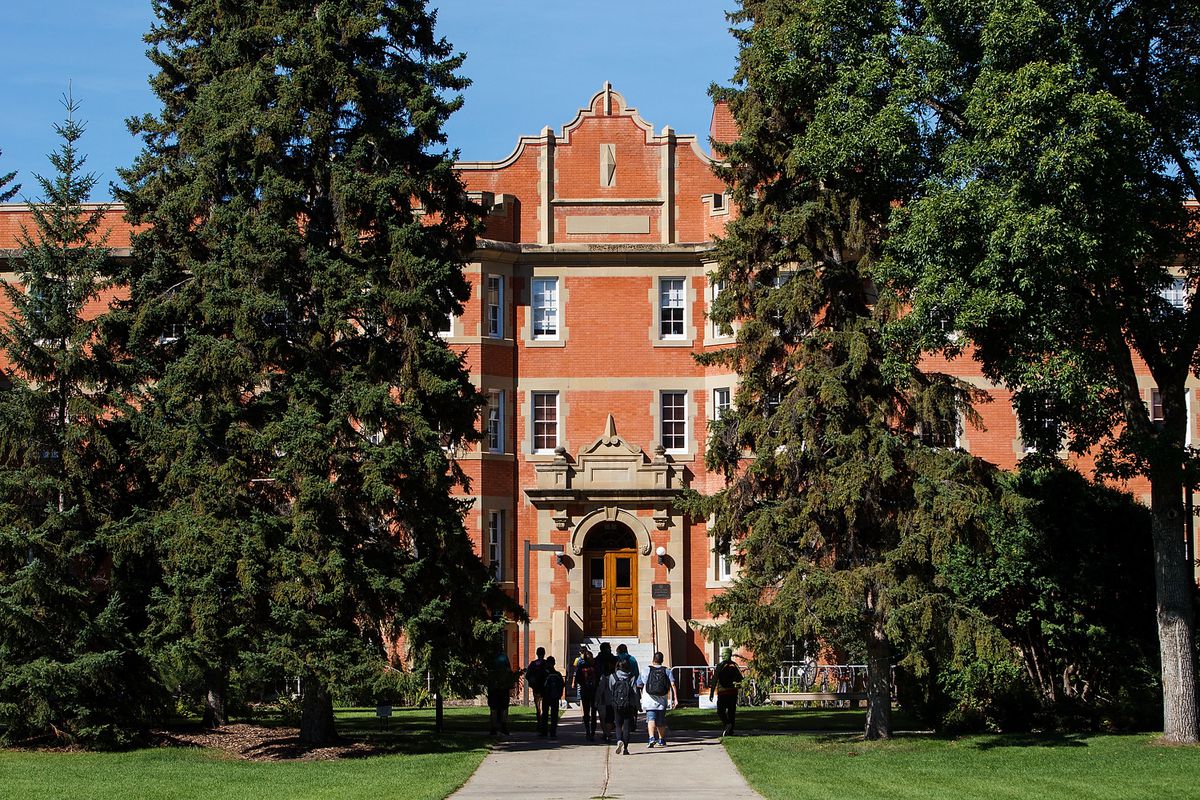 The Alberta[1] government is expressing alarm and vowing to take action to curtail the University of Alberta[2]’s collaboration with China[3] in strategically important scientific and technology fields.

Advanced Education[4] Minister Demetrios Nicolaides said he intends to speak to the University of Alberta’s administration about the need to curb scientific research that could undermine Canada’s national interest. National security experts warn China could use these collaborations to steal Canadian intellectual property for the benefit of Beijing’s military apparatus.

The minister was responding to a report in The Globe and Mail[5] this week that found the University of Alberta is carrying out scientific collaboration with China that involves sharing and transferring research in strategically important areas such as nanotechnology, biotechnology and artificial intelligence.

Regime change in China is not only possible, it is imperative[6]

“I am deeply concerned about the potential threat of Canadian intellectual property and further concerned that research partnerships with the People’s Republic of China may be used by Chinese military and intelligence agencies,” he told The Globe. “More needs to be done to curb foreign state infiltration in our research and innovation centres, including our postsecondary institutions.”

Under an agreement with China’s Minister of Science and Technology, University of Alberta researchers have gained access to at least 50 state labs in China since 2005, while upward of 60 professors have received grants for more than 90 joint projects with state and national labs in China.

In some cases, professors and researchers at the university have set up companies in joint ventures with Chinese companies and state institutions to commercialize Canadian-developed technologies.

“I will be speaking with the university and my other government colleagues to determine next steps,” Mr. Nicolaides said. “My determination is to work with our postsecondary institutions to protect Canadian intellectual property and to ensure that Alberta institutions do not enter into agreements with entities that would undermine the country’s core national interests.”

The University of Alberta released what it called an “Institutional Statement about Chinese Relations” Tuesday after being made aware of Mr. Nicolaides’s comments, but did not answer a list of questions from The Globe.

“A consistent national response on security matters and international engagement is necessary and we are fully committed to working with all levels of government to ensure that Canada’s core security interests are protected and advanced,” Walter Dixon, the university’s interim vice-president of research and innovation, said. “We have asked the federal government for further direction about international collaborations.”

He said the university is looking forward to guidelines that Ottawa is drawing up on national security considerations for the evaluation and funding of research partnerships.

“To be a leading research-intensive university means being an active participant in the globalized community,” Mr. Dixon said.

“International partnerships, which include research projects, teaching and mobility agreements, and international learning opportunities are what allow the academy to provide students, postdocs, and faculty with the experiences needed to ensure that knowledge flows around the globe.”

Mr. Nicolaides said he welcomes the federal government’s announcement in March to work with universities and granting councils to develop countrywide risk guidelines to integrate national security considerations into the evaluations of funding research projects. The guidelines would send a signal to university researchers who often rely on foreign money to fund work, but would not ban them from doing so.

Canadian university project funding from China, including the U of A’s collaboration, dominated hearing of the Special Committee on Canada-China Relations on Monday evening.

Former Canadian Security Intelligence Service director Richard Fadden told the committee that Ottawa should prohibit universities from receiving money from foreign powers in strategic areas of research that are critical to the security of the West. He later told The Globe areas would include avionics, space, nuclear and high-level optics.

“No matter how well intentioned a university professor or a team may be in Canada who receives a Chinese grant, whatever he or she discovers is going to go back to China,” Mr. Fadden said.

Professor Gordon Houlden, director-emeritus of the University of Alberta’s China Institute, said the federal government needs to provide an assessment of what is and is not appropriate in carrying out research with Chinese institutions, including dual use technologies – equipment that can be employed for both civilian and military purposes. But he said Ottawa needs to consult widely with universities before any decisions are made.

“I am still however not entirely comfortable with upending the long tradition of academic freedom and university autonomy without a strong rationale. Government intrusion into key Canadian institutions, such as universities, must be carefully calibrated and justified,” he said. “We are not in a cold war with China, at least not yet,” he said.

Former Canadian diplomat Charles Burton, a senior fellow Macdonald-Laurier Institute, a think tank, said there must be limits on the autonomy of publicly funded research. “I think that academic freedom should not extend to giving permission for Canadian scholars to knowingly collaborate in espionage.”

At UBC alone, he said, more than 300 professors have significant professional interest in China and the faculty have partnerships with more than 100 Chinese institutions.

He said these collaboration arrangements are “widely valued” and facilitate advanced research and training, although he acknowledged that Canadian security agencies have identified concerns including leakage of intellectual property and transfer of technology and ideas that are seen as benefiting China’s military and other state institutions involved in violations of human rights.

“We need to revisit and revise many existing agreements with Chinese partners when warranted,” he said. “We need a deep collaborative process [with Ottawa] very quickly in the next six months.”

Know what is happening in the halls of power with the day’s top political headlines and commentary as selected by Globe editors (subscribers only). Sign up today.[9]